When Bank of America began scouting for a new office building more than two years ago, the financial institution had many options to choose from, Houston Market President Hong Ogle said.

The financial services firm opted for the newly dubbed Bank of America Tower, formerly known as Capitol Tower. Ogle said the 35-story building was the right choice for its employees: an amenity-heavy, sustainable building in Downtown Houston. 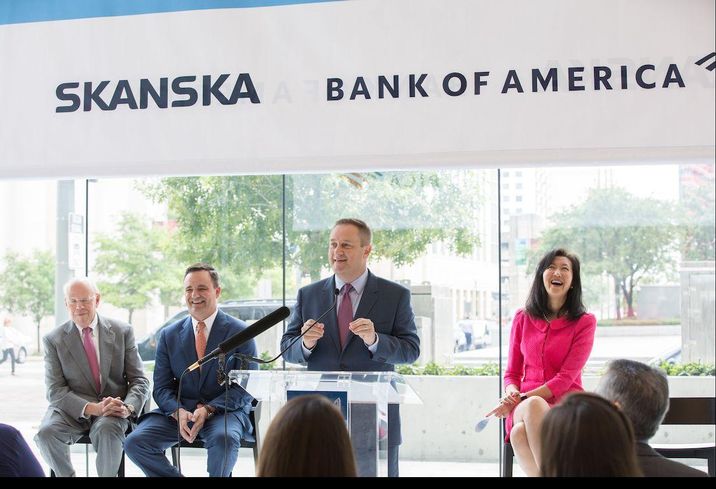 “We are trying to make Bank of America Houston the best place to work,” Ogle said. “We approach that from different angles including having the best facility, having people work and collaborate together and ... [paying] $20 an hour as the minimum wage.”

When the building opens in June, more than 600 Bank of America employees will relocate into the new office digs. The company will occupy 210K SF on floors 14 to 20 and open a retail location on the ground level.

As the anchor tenant, the firm secured naming rights in 2017. The move will consolidate three offices, including the former Bank of America Center.

“Our commitment to Houston has never been stronger,” Ogle said during the May 22 press conference during which the building was officially named.

Winston and Strawn, Waste Management and Quantum Energy Partners have also signed on at the tower, which is 88% leased. Skanska USA Commercial Development will relocate its Houston office to the 12th floor.

The tenant and customer experience has been at the forefront since the conceptualization of the building, Skanska Executive Vice President Matt Damborsky said. Understory, the 35K SF public space and culinary market, is a unique feature setting Bank of America Tower apart from its competition. 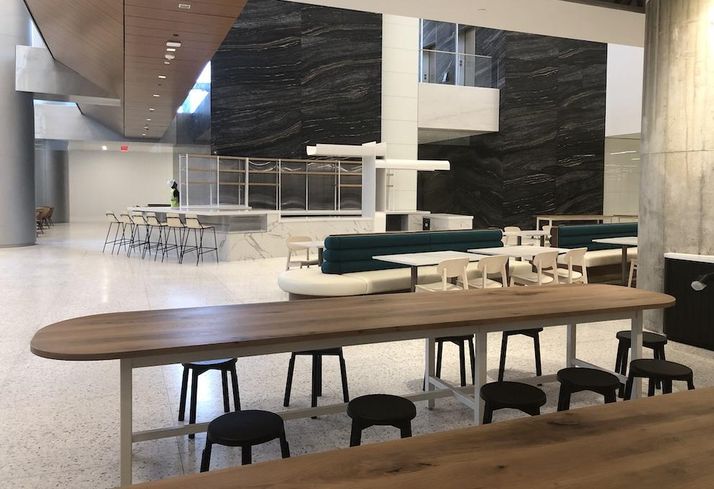 The chef-driven market has seven restaurants and a bar and five tunnel-level access points, which provides unprecedented connectivity to other buildings.

Unlike other tunnel-level retail options that draw criticism for their daytime-only hours and lack of visibility, Understory has street-level visibility and will be open seven days a week into late night.

Other amenities include The Assembly, a 10K SF conference and event center, SkyPark, a 24K SF multi-tenant outdoor park, a fitness center and an 11-level parking garage.

Sustainability is also a critical part of the building's design, Ward said. The tower will use 25% less energy than typical baseline facilities and will be one of four core-and-shell projects nationwide to be pre-certified under LEED v4 Platinum, according to Skanska.

Other sustainable features include a 50,000-gallon rainwater collection system for reuse in landscape irrigation and restrooms, a secured bicycle storage room with access to lockers and showers, an energy recovery wheel to precondition fresh air intake, and district cooling to provide chilled water throughout the facility, which lowers cooling costs and offers unlimited service capacity to tenants. 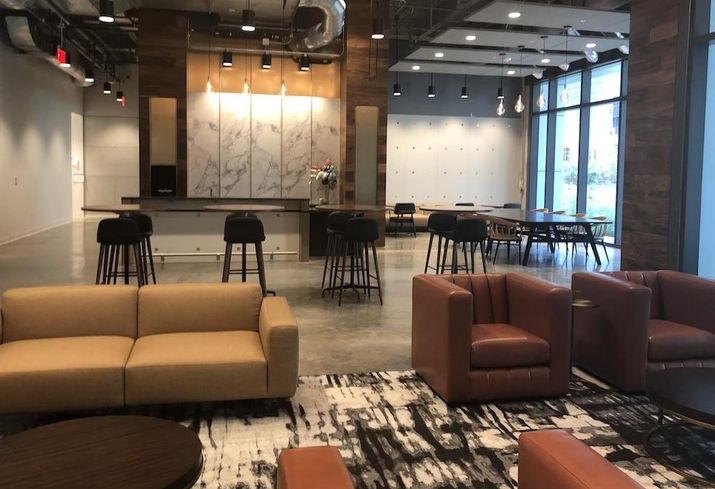 Bisnow/Tierra Smith
The Assembly in the Bank of America Tower, Downtown Houston

The Bank of America Tower represents the past and the future of Downtown Houston, said Eury, who has been advocating for the district for more than 30 years.

He said he remembers when the former Houston Club building sat on the same site. It was imploded in 2014. Walking into Bank of America Tower for the first time, he said, the skyscraper sets a new standard.

“This is Main and Main,” Eury said. “We are in a different class of these new office buildings: a flight to quality.”

Eury said at some point soon, he won't be able to recognize the area, as many more developments are on the way.

Several other office buildings — like Houston Center and the Allen Center — are in the midst of redevelopment. Downtown property owners are activating Downtown's street level with an influx of food halls, retail concepts and restaurants.

“It is the leadership of these new projects that is pulling everyone else along,” Eury said. “We have to have that as we move forward into the future.”