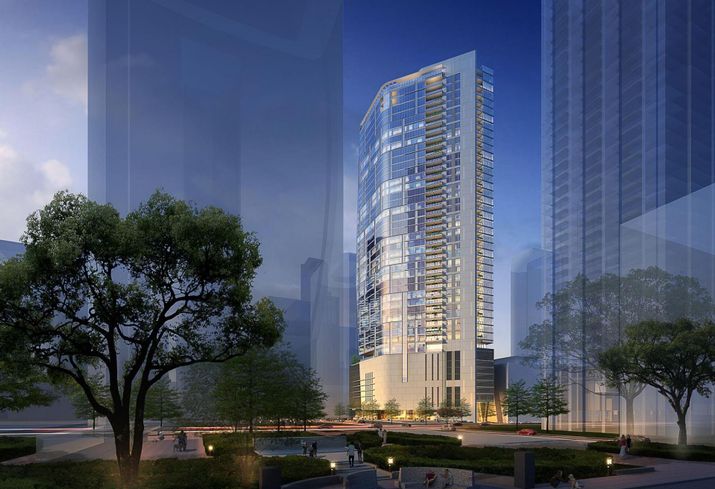 Hines' new residential tower, The Preston, will be funded by a Qualified Opportunity Zone fund. The firm formed a joint venture with the Cresset-Diversified QOZ Fund.

This is the first project the fund is pursuing and is in one of the fastest-growing urban areas, Cresset co-founder Avy Stein said in a release.

“Adding in the tax benefits of the Qualified Opportunity Zone, we became even more excited about this property. We believe it is an excellent first investment for the Fund,” he said.

Houston has designated 150 areas as opportunity zones, from Downtown to distant suburbs like Richmond and several neighborhoods in between.

“QOZs represent a powerful intersection of public policy and investment opportunity, and we are excited for the potential of creating significant impact for the Houston community,” Cresset co-founder Eric Becker said in a release. “Together with Hines, we have built an experienced, multi-disciplinary team to source and execute great opportunities like The Preston, which are in the path of progress.”

This is the 10th project nationally between Diversified Real Estate Capital and Hines.

“We have a long-term relationship with Hines and look forward to pursuing many more QOZ opportunities together,” Diversified Real Estate Capital founder Larry Levy said in a release. "Partnering with Hines on The Preston is a great example of our Fund investment model: working with top-rated developers in the United States on high-quality projects in prime locations in major markets.”

Densifying Downtown through residential expansion has been a paramount goal of the city, which in the past provided tax breaks to residential developers.

The number of Downtown residents has increased to more than 9,000 this year compared to 3,800 residents in 2013, according to Central Houston. The goal is to top more than 30,000 residents over the next 20 years.

The Preston represents the first of many projects that the Cresset-Diversified QOZ Fund will pursue, according to the release. The federal opportunity zone program was passed as part of the Tax Cuts and Jobs Act of 2017 created to spur development in economically depressed areas.

To encourage capital investment in these areas, the program provides tax breaks for investors who make long-term investments that have the potential to promote economic growth in the zones.