Houston Is A Tech City, Just Different Than Austin, Dallas

Whether it is lobbying major tech companies such as Facebook, Apple and Google to open offices like Austin or securing major office relocations and renewals such as Toyota, State Farm and Nokia in Dallas, Houston can learn a few real estate tricks from its in-state neighbors.

But it should also embrace what it is good at. The city should not lose sight of the fact that it is a major healthcare and energy hub.

“Houston is a technology city,” Avison Young Managing Director Rand Stephens said. “It’s just not e-commerce technology or the names that everyone sees. But, the technology that goes into the energy business is second to none.”

Auxiliary companies connected to the energy and healthcare sectors may not produce the flashiest headlines, but Houston should double down on supporting these companies, Stephens said.

“We have to stop looking at other ecosystems around the world and start looking at the economic DNA of Houston," Station Houston CEO Gabriella Rowe said.

Station Houston is an incubator for startup technology companies, corporate innovation and entrepreneurship in Downtown. Rowe said it is beneficial for secondary companies, the backbone of an industry, to be near that industry's major players.

Rowe and other panelists at Bisnow’s "Workplace of the Future" event Aug. 28 in the Lyric Center Downtown discussed ways the Houston office sector has become more competitive in attracting and retaining the business community, the ways it must continue to improve and the role commercial real estate will play in the evolution.

Houston's new office developments are outshining the projects in other Texas metros. Skanska USA is constructing the 35-story Capitol Tower, anchored by Bank of America, that has been described as a game-changer.

Nevertheless, Houston has some things it can improve.

All of Texas offers a business-friendly climate and a low cost of living, but Dallas and Austin have more attributes that attract tech companies than Houston does, Thielhorn said.

Houston boasts 20,000 more technology jobs and pays an average of 5% more in salary than Austin, but the capital city still attracts more tech companies and is one of the fastest-growing tech scenes, US Property Management President and CEO Jonathan Enav said.

Houston wasn’t on the shortlist of Amazon’s HQ2, but the list includes Dallas and Austin. Amazon wanted a city with mass transit and a lot of walkability, both issues for Houston.

To become more alluring, Houston developers and investors are leveling the field in many ways. Almost 5,000 residents moved Downtown within the last five years, as the Downtown Living Initiative program pushed to increase residential properties. New retail, restaurant and other lifestyle aspects are popping up with an influx of street-level retail, food trucks and food halls.

The Kinder Foundation donated $70M to improve Memorial Park as the city continues to reimagine the park systems and public green spaces.

All of this is aimed to make Houston more attractive to millennials and emerge as a thriving live-work-play environment, especially within the Inner Loop.

The worst of the sluggish office fundamentals, due in large part to the 2014 oil downturn, is moving into the city’s rearview mirror. Vacancy in Houston was 20.9% in Q2, while posting a dramatic swing in net absorption to 785K SF in Q2 from negative 1M SF in Q1, according to Colliers International.

The city’s office vacancy rate is misleading because it includes the aging inventory and the Hurricane Harvey-impacted sites that are functionally obsolete, JLL Senior Vice President Beau Bellow said.

Owners and landlords of Class-B and Class-C office property can help improve the city’s offerings and lower vacancy with smaller, relatively inexpensive upgrades to the HVAC and high-speed internet systems. It is also critical that they provide an overall high level of upkeep at properties, Stantec principal Sharon Steinberg said.

“It is about creating a positive environment in the background,” she said. “The worst thing you can do is draw attention to something that is not working in a building.”

Check out more photos from the event in the slideshow below: 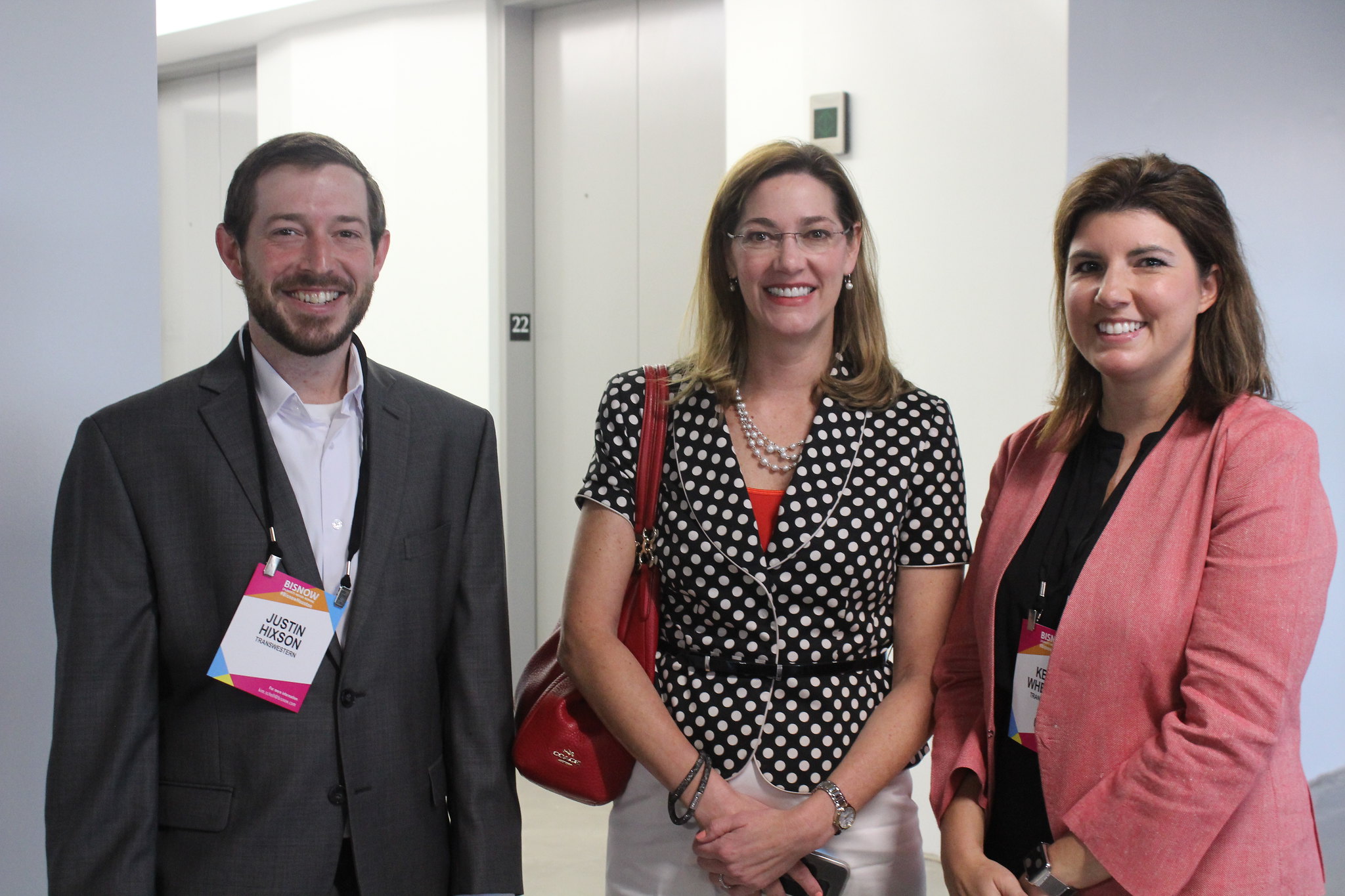