You can have a great story with strong fundamentals and awesome returns, but good luck getting anything done; the debt markets have shut down. It’s a nationwide problem facing Houston especially. Experts at Bisnow’s Capital Markets event yesterday delved into what’s going on with financing. 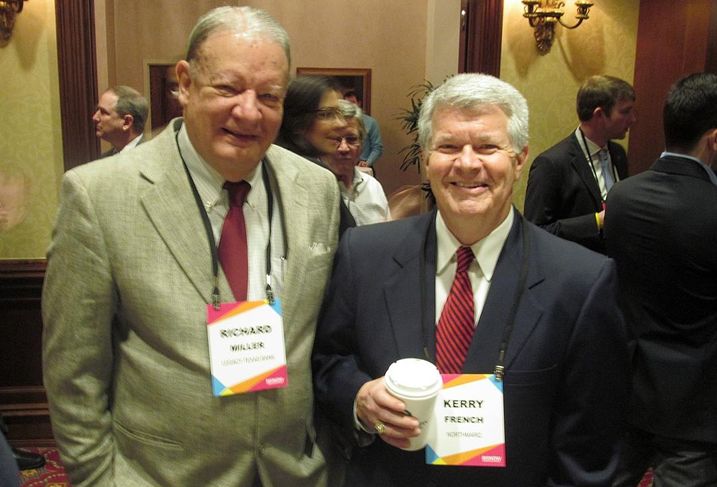 There’s been a dramatic change in the capital markets in the last 90 days, our moderator, NorthMarq managing director Kerry French (snapped, right, with Legacy Texas Bank’s Richard Miller), says. Hanover Co has definitely felt it: CIO Brandt Bowden says Houston has been more of a focus for his firm in the last five years than the previous 15. It started getting bearish in early 2014 because of supply, before oil problems reared their ugly head. By 2015, Hanover was pulling back but still planned to start two projects last year, and raised equity from JP Morgan Chase and USAA. But then the team couldn’t line up debt and the projects didn’t break ground. It’s an unusual phenomenon, Brandt says—usually equity is harder to arrange than debt. But some banks are overexposed in oil, so they had to cut off real estate deals in oil markets. 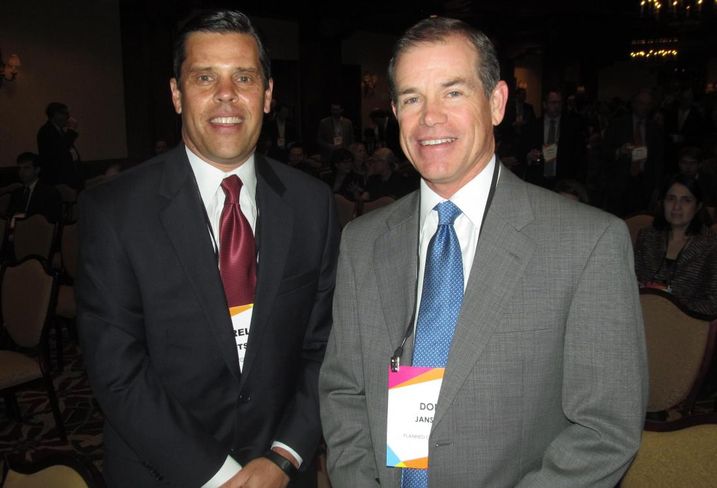 Lenders drive everything, says Avison Young principal Darrell Betts, pictured with Planned Community Developers’ Don Janssen. "This year, as much as everyone's been talking about oil, they'll be talking about debt markets and how we finance deals," he told our crowd. And he believes the debt problems won’t just be in Houston this year. Conduits are changing their structure; as of two weeks ago they can't just securitize their portfolio and be done with it. Now they have to retain at least 10% and that’s a major game-changer. The cost of debt will go up, driving small conduits out of business, and Dodd-Frank is taking effect, and the market doesn’t know anymore how to calculate liability for issuing companies right, so conduit activity has totally frozen. 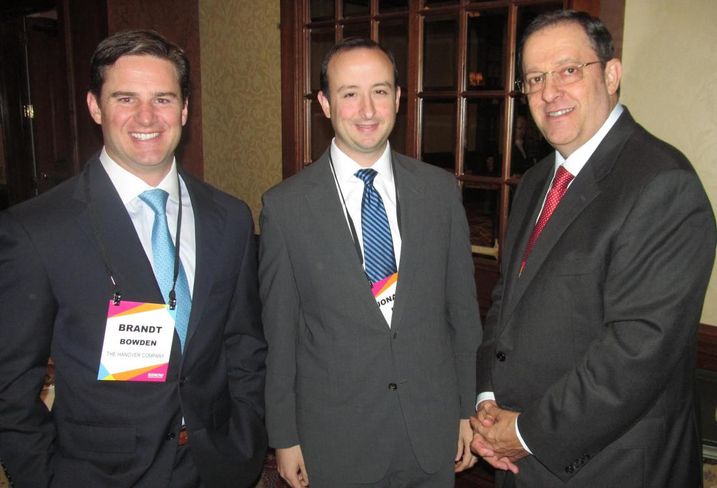 Weingarten CEO Drew Alexander (far right, with Brandt and JLL’s Jonathan Paine) agrees that the issues are separate from Houston; banks are struggling with rules, CMBS is having issues, and the market is fatigued from so much activity in 2015. But they disagree on how you should react: Darrell recommends getting deals done early because he thinks it’ll get worse, whereas Drew believes the market will adjust and things will ease by the end of the year.

Brandt says going into the market looking for financing was interesting because people would express interest and seem excited by a deal, but then couldn’t get their committees on board with a Houston investment, and PrinREI investment director Casey Miller admits he’s been that guy. He also has seen major challenges getting debt, but says FIRPTA law changes continue to drive foreign investment to Houston, and we’re getting play from equity players.