A Year After Hurricane Harvey, Houston Multifamily Is On The Rebound 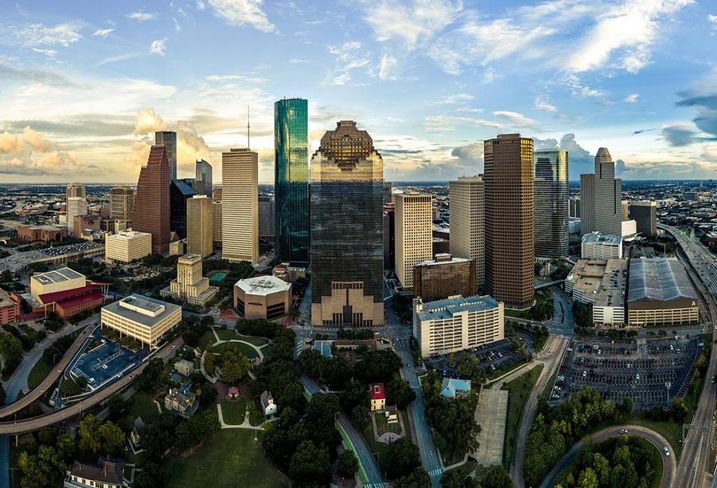 When Hurricane Harvey dumped 33 trillion gallons of water onto Houston last year, the city shifted its focus from economic growth to recovery. The hurricane caused $125B in damages, second only to Hurricane Katrina.

The 1,000-year flood event occurred in the midst of a softening apartment rental market and the worst downturn in the energy sector in 30 years. A major industry for employment in the area, oil and gas companies lost roughly 118,000 jobs between 2015 and 2016.

While Houstonians are still picking up the pieces from the storm, housing trends are on the upswing. The rebound of the multifamily market, increasing employment and renewed growth in the energy sector have drawn professionals to the area, and the need for more housing has created opportunities for multifamily lenders and investors. In particular, acquisitions of Class-B and C multifamily assets are on the rise, filling the widened gap in affordable housing caused by the storm, Hunt Real Estate Capital Vice President Tony Talamas said.

“As with most major markets, occupancy is slightly higher in older, more affordable apartment communities than newer stock,” Talamas said. "Though at the moment, all multifamily asset groups are performing well."

Less than 5% of Houston rental units were damaged by Hurricane Harvey, with the bulk of damage felt by homeowners. Approximately 97,000 homes suffered significant damage, and approximately 16,000 apartment units were destroyed, according to a report from the Greater Houston Partnership.

Displaced homeowners entered the apartment market along with an influx of aid workers. This caused marketwide vacancies to drop from a pre-storm 8% down to 7% in the six months following Harvey, Talamas said.

The sudden demand for rental units has helped reverse the softening multifamily market experienced before the storm.

While Houston is still in recovery mode, its local economy continues to grow and diversify, fueled by expanding business sectors, like aerospace, manufacturing, life sciences and healthcare. These new sectors will insulate the market from future downturns in the energy sector. Employment expanded 3.4% over the past year, and the period from July 2017 to July 2018 was the first with more than 100,000 jobs added to the Metro Houston area since February 2015, the Texas Workforce Commission reported.

The energy sector remains a major employer in Houston, and has seen a rebound in activity, Talamas said. Prior to Harvey, oil prices had increased from $30/barrel to $50/barrel. Oil is now trading in the $70/barrel range, and increased oil exploration budgets and rig counts signal that more production is coming.

“U.S. production is at an all-time high,” Talamas said. “This August marked the first time that Texas exported more oil than it imported, with the Houston-Galveston port district accounting for 70% of the state’s share.” 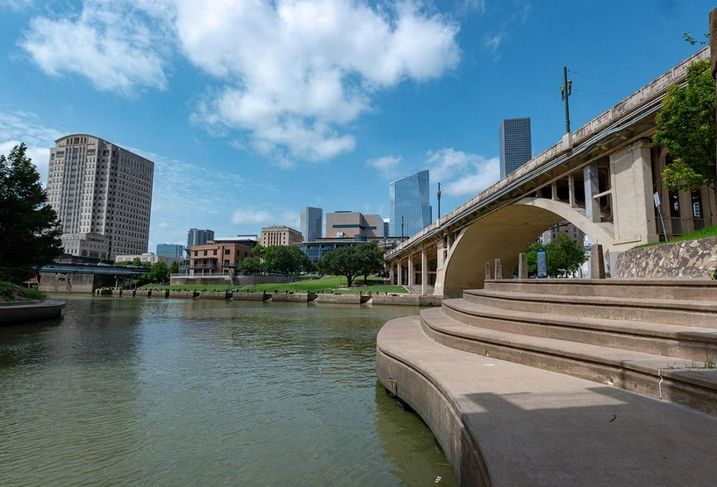 A Haven For Young Professionals

The growing availability and diversity of job opportunities has helped Houston draw young professionals from across the U.S. Nearly 1 million residents moved to the metro area between 2010 and 2017, a 16.4% increase in population.

Houston has become the fastest growing among the 10 largest metro areas in the U.S., and young professionals and families have played a major role in that growth, Talamas said. The median age of a Houstonian is around 33 years old, lower than the U.S. median age of 37.

There is also Houston’s cultural draw.

“While Houston might not have a nationally recognized music scene like Austin, there is plenty to do,” Talamas said. “We have a vibrant nightlife scene, a great Museum District, a nationally recognized Theater District and Galveston Island is just a 45-minute drive south. Lax zoning laws have helped areas like Midtown and the Inner Loop accommodate all these new young professionals with the live-work-play environment they are seeking.”

Lower-income communities, particularly those built within flood plains, experienced the greatest loss of housing after Hurricane Harvey. The storm destroyed 311,000 housing units across single-family and multifamily properties, adding to a housing deficit of 400,000 units that existed prior to the flooding. The loss of affordable housing in Houston led to a 15% leap in homelessness in January 2017.

The city continues to add luxury multifamily supply. Significant Class-A development has been within the Inner Loop, as it is a desirable place for new arrivals, Talamas said. Buildings boasting “lifestyle” amenities, which include features like fitness centers and rooftop gardens, have seen rental rates increase 4.2% year over year as of June, while the workforce housing segment improved by 3.6%, according to data from Yardi Matrix.

Regardless of rent growth, demand for workforce housing remains high. Occupancy in the Class-B and C sectors exceeds 91%, compared to 86.5% for Class-A assets, Transwestern reported.

Compared to other rapidly growing cities like Austin and Dallas, renting or buying housing in Houston remains relatively affordable. Rental rates have risen 3.9% in Houston year over year as of June, with the average apartment price increasing to $1,105, but this is still approximately $300 less than the average U.S. average rent, Talamas said.

Houston’s growth in the aftermath of Harvey has made multifamily a strong asset class for investors. While Talamas has seen growing interest in multifamily acquisitions, rising interest rates have impacted loan amounts. Hunt Real Estate Capital can conceptually originate loans up to 80% loan-to-value, but a larger number of deals Talamas is seeing don’t support a loan greater than 70% to 75% LTV because of higher interest rates, and in many cases, higher real estate taxes, he said.

Many lenders are turning to agency products like the Freddie Mac Small Balance Loan, which provides multifamily loans from $1M to $7.5M in all markets. Talamas is also seeing increased interest in the Fannie Mae Green Rewards program, which provides loan incentives, like preferred loan proceeds and pricing, to borrowers who implement water or energy savings initiatives. For those looking to renovate in the booming post-Harvey economy, it is a no-brainer, Talamas said.

Questions about multifamily financing in Houston? You can reach Tony Talamas at Tony.Talamas@huntcompanies.com, (718) 821-1765 or connect with him on LinkedIn.

This feature was produced in collaboration between Bisnow Branded Content and Hunt Real Estate Capital. Bisnow news staff was not involved in the production of this content.