But six parts of the Cape were designated as opportunity zones last year, and some have raised suspicions over whether the area really needs help from a federal program aimed at generating development in low-income areas in need of an economic lift. 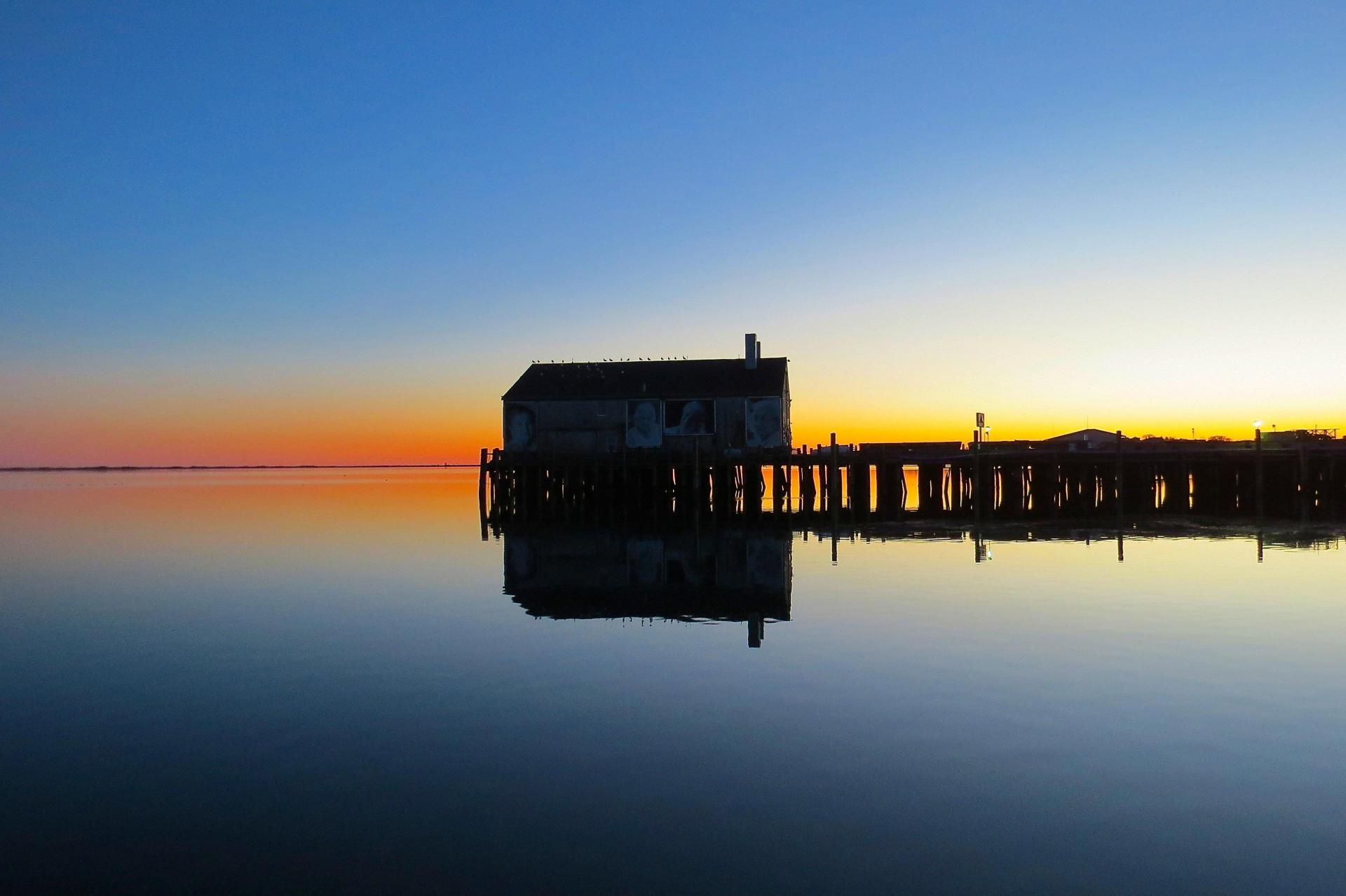 Cape Cod residents argue, despite the perceived glitz, their stretch of Massachusetts needs help developing a sustainable, year-round economy. But nearly a year and a half since the opportunity zone program was announced, it still isn't clear if it will help the low-income residents on the Cape at all.

“Nobody looks at us and sees a community in need like other Gateway Cities,” said Gloria McPherson, economic development coordinator for Barnstable, the largest town on Cape Cod. “People see the Cape a certain way, and part of that is our own doing.”

Cape Cod’s full-time population is struggling in an economy increasingly geared toward tourism in peak travel months, local officials said. Communities have been stumped trying to salvage some sort of year-round economy for full-time, often lower-income, residents before everyone is priced out by second-home buyers.

Most people think of Massachusetts’ gateway cities when they think of parts of the state in need of an economic lift. These 26 cities include Fall River, Lowell and New Bedford, which once housed industries that gave residents a “gateway” to the American dream. Many of them have fallen on hard times due to a pullback in domestic manufacturing. Massachusetts already offers a variety of incentives to develop in these parts of the state.

Crticics have asked how much help Cape Cod needs in winning over real estate investors, but its six opportunity zones — in Provincetown, Dennis, Yarmouth, Barnstable, Falmouth and Bourne/Sandwich — qualified under the program’s low-income requirement for eligibility, meaning they have poverty rates of at least 20% and median family income up to 80% of the area median.

Local officials say they plan to use all the economic opportunities they can get to assist full-time residents who experience a different Cape Cod than visitors during warm months.

“We do our own marketing to make it seem great, and it is great,” McPherson said. “But we also have homelessness and drug issues like any other city in Massachusetts.” 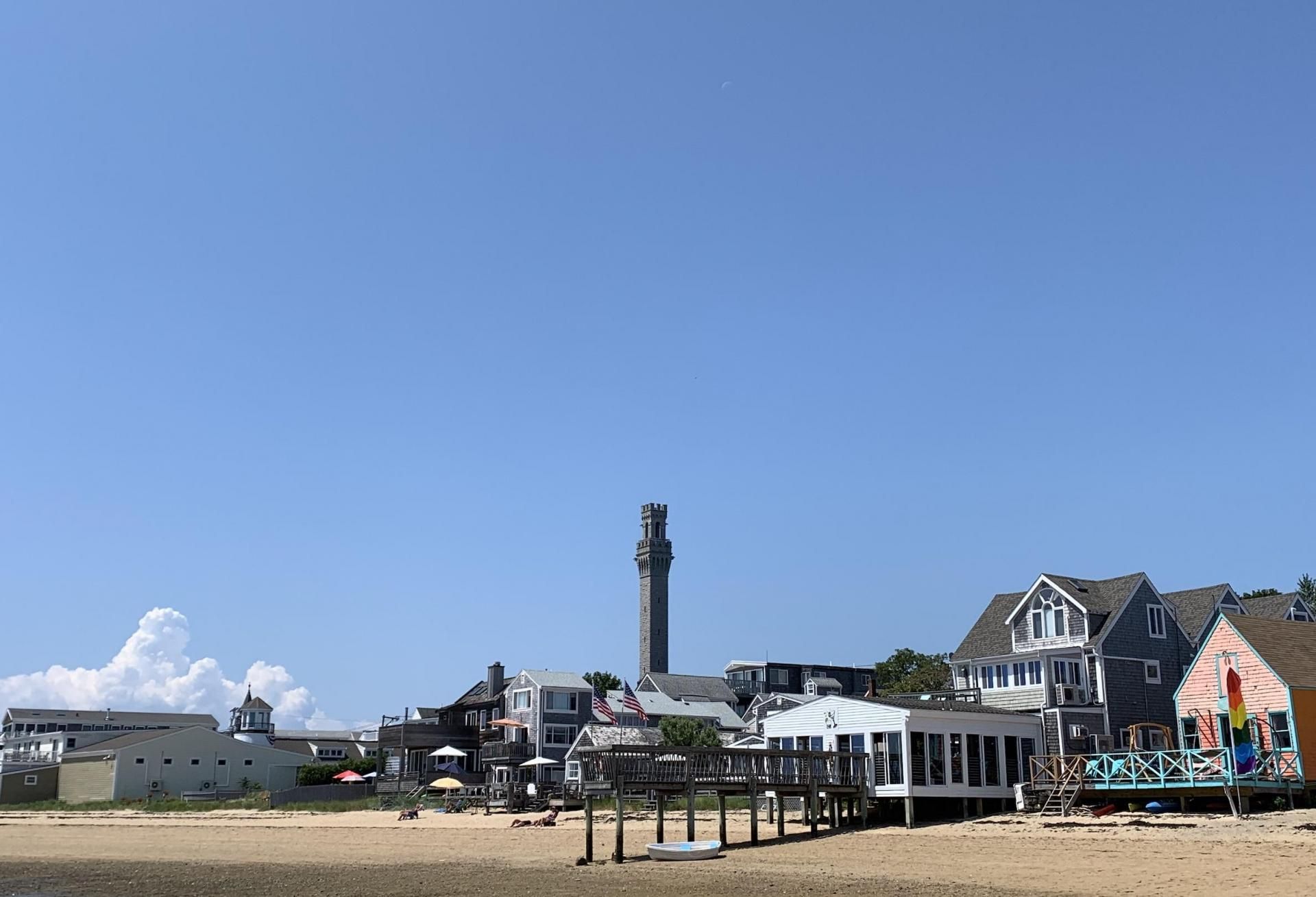 An hour away from Barnstable, Provincetown has its own opportunity zone that might make some real estate experts scratch their heads at first glance. Home prices in the resort town approach $1K per SF, newer hotels charge north of $300/night and the summertime population swells to over 60,000 people.

But from September to May, Provincetown officials grasp for any economic tool they can find to salvage a year-round economy. The town was once geared toward the fishing industry but now relies heavily on tourism and its global reputation as a premier LGBT destination.

Provincetown’s year-round population is just under 3,000 people with a median household income of a little more than $42K/year, according to the Massachusetts Executive Office of Housing and Economic Development.

Provincetown’s full-time population has been on the decline for years — the town lost a little more than 14% of its population between 2000 and 2010, according to the 2010 U.S. census. Its dwindling population led to the decision to close the town's only high school after the 2012-2013 school year and send students to a regional school a half-hour away.

The town has a lack of affordable housing driven by limited developable land and demand from second-home owners driving up prices on residential units that do come available. A 2015 report showed 71% of real estate in Provincetown was owned by investors.

“Initially, when we sought [opportunity zone] designation under the prior town manager, we were thinking we’d leverage that for things like affordable housing projects, infrastructure expansion and investment,” said David Gardner, Provincetown’s acting town manager. 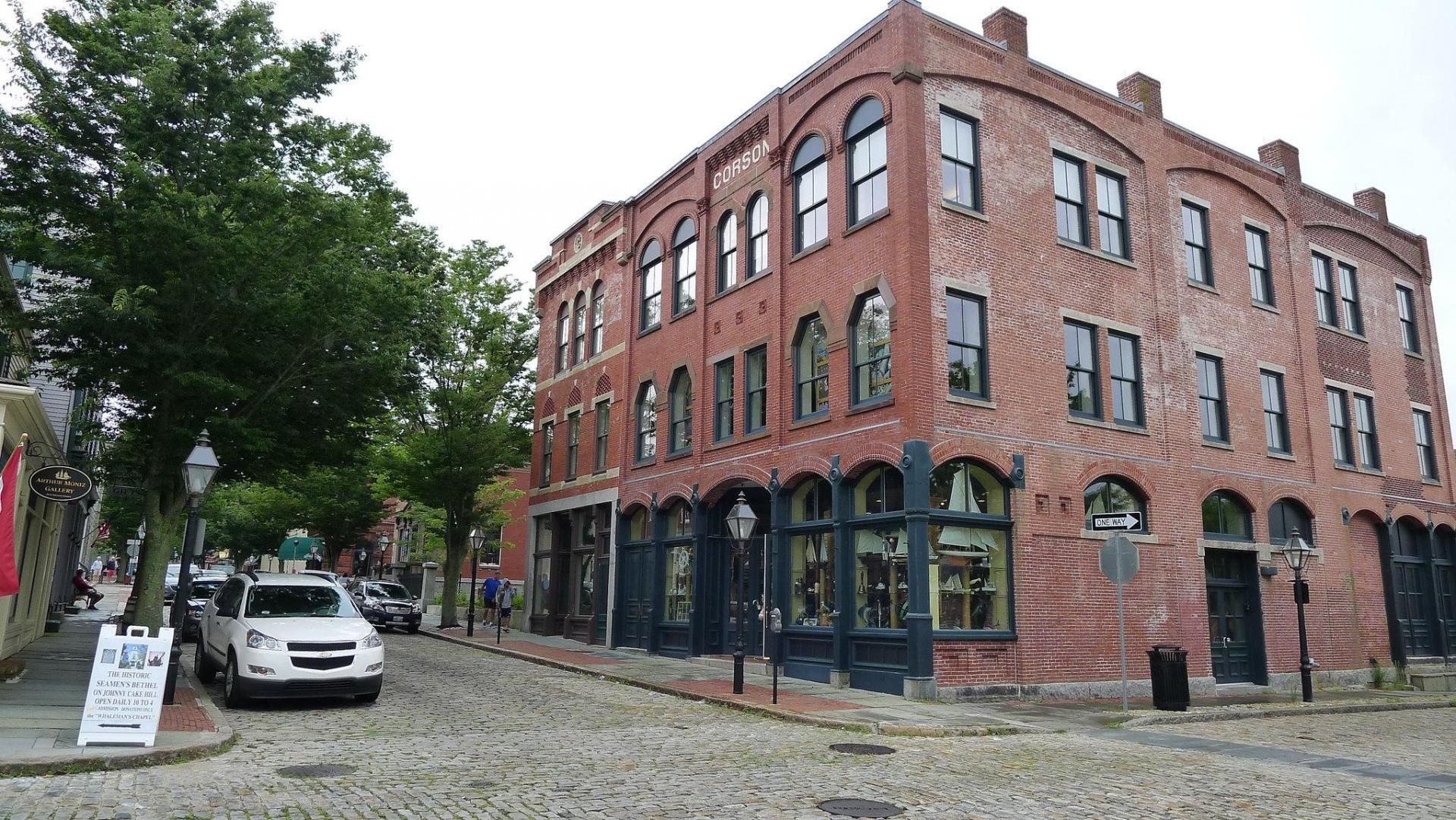 “There’s a disconnect in really understanding the community as a whole,” Gardner said. “Visitors see the outward appearance, which is extremely high property values and enormous wealth. Little of that is maintained within the community itself.”

While Provincetown, Barnstable and other Cape towns may have a valid argument for being included in the opportunity zone program, officials in these communities and others in the state that are struggling aren't expecting a rush of development from their new classification as possible tax shelters.

Bisnow spoke to economic development officials in Fall River, New Bedford, Worcester and Springfield as well as several opportunity zone fund managers and consultants. All said the remaining uncertainty with the program is partially to blame for the program’s slow rollout in Massachusetts.

“The IRS giving [final] guidance in terms of regulation around the program would be a good starting point,” Springfield Chief Development Officer Timothy Sheehan said. “That’s the fundamental issue: There are still unknowns out there.”

The U.S. Department of the Treasury has released two rounds of guidelines, the most recent in April. But many developers have expressed a wait-and-see approach on the program — as in, wait for someone else to move forward on an opportunity zone project and see what mistakes are made before embarking on their own.

Massachusetts leaders hosted an opportunity zone summit in Lowell at the end of 2018 to discuss the program and launch its online platform to highlight each of the state's 138 zones. While the state also monitors each round of federal guidelines, those interviewed for this story said it is often up to municipalities or developers to navigate opportunity zone waters with lawyers and consultants.

“We’ve seen other states go all-in in an aggressive way and align other state programs with opportunity zones,” New Bedford Economic Development Council Executive Director Derek Santos said. “Massachusetts and EOHED Secretary [Mike] Kennealy have said they see this as another federal program that’s in the toolbox but there are still other state development programs, too.”

EOHED declined Bisnow’s request for an on-the-record interview pertaining to its OZ designation decision-making process and how it monitors the opportunity zone program.

How Much Opportunity Is There? 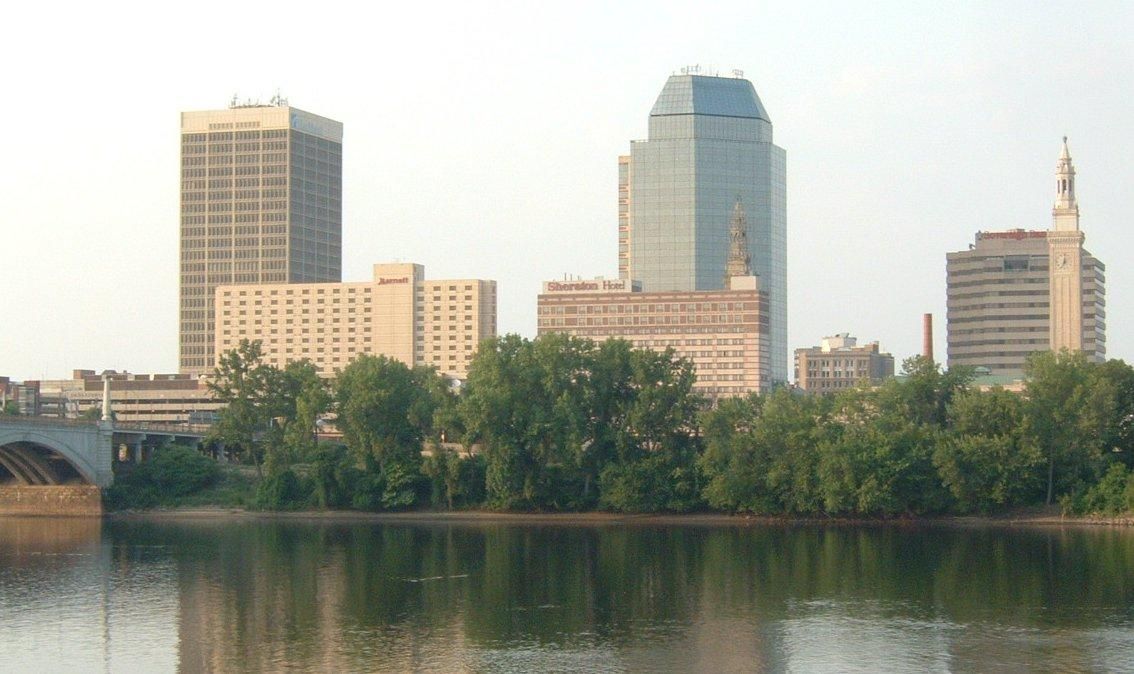 Provincetown officials would love to see more affordable housing developed for full-time residents along with more hotels and parking to meet summertime demand, but available land is hard to come by. The Outer Cape town is densely developed west of Route 6, and the Cape Cod National Seashore to the east is off-limits to development.

While town officials are happy to have an added development tool for their economy, they aren’t certain an opportunity zone designation is going to help achieve some of their development goals.

“People question how does the designation help if we’re not looking at a sprawling site,” Gardner said. “It’s a great question, and I wish I knew the answer.”

An opportunity zone designation won’t turn a bad deal into a good one, the now-common saying goes, but it could be enough to make a project on the fence move ahead, according to those interviewed for this story.

“We’re finding you’ve got to underwrite a deal as though it wasn’t in an opportunity zone,” said Warren Kirshenbaum, president of Newton-based tax credit consulting, brokerage and syndication firm Cherrytree Group. “I don’t think an opportunity zone makes a good deal a better deal or a bad deal a good deal.”

Cherrytree Group is raising a $145M opportunity zone fund for real estate projects in several states, including Massachusetts. The firm’s three Massachusetts projects are restoring Springfield’s Paramount Theater and Massasoit House Hotel; refurbishing the Lowell Legacy Hotel into a boutique hotel with more than 50 rooms; and building a residential project in Fitchburg targeted for people in addiction recovery.

The company’s financial models predict developing in an opportunity zone will add about a 3% return on investment. While a number like that may not be a financial windfall, it does help move a hotel project along in a gateway city like Lowell, which doesn’t have as tested a hotel market as other suburbs like Waltham.

“You’re kind of still gambling on a fact there isn’t a hotel of this size in the area, as the nearest one is several towns over,” Kirshenbaum said. “I would say the project we’re doing in Lowell would not get financed or move forward unless it was in an opportunity zone.”

Waiting For The Economic Tool To Work 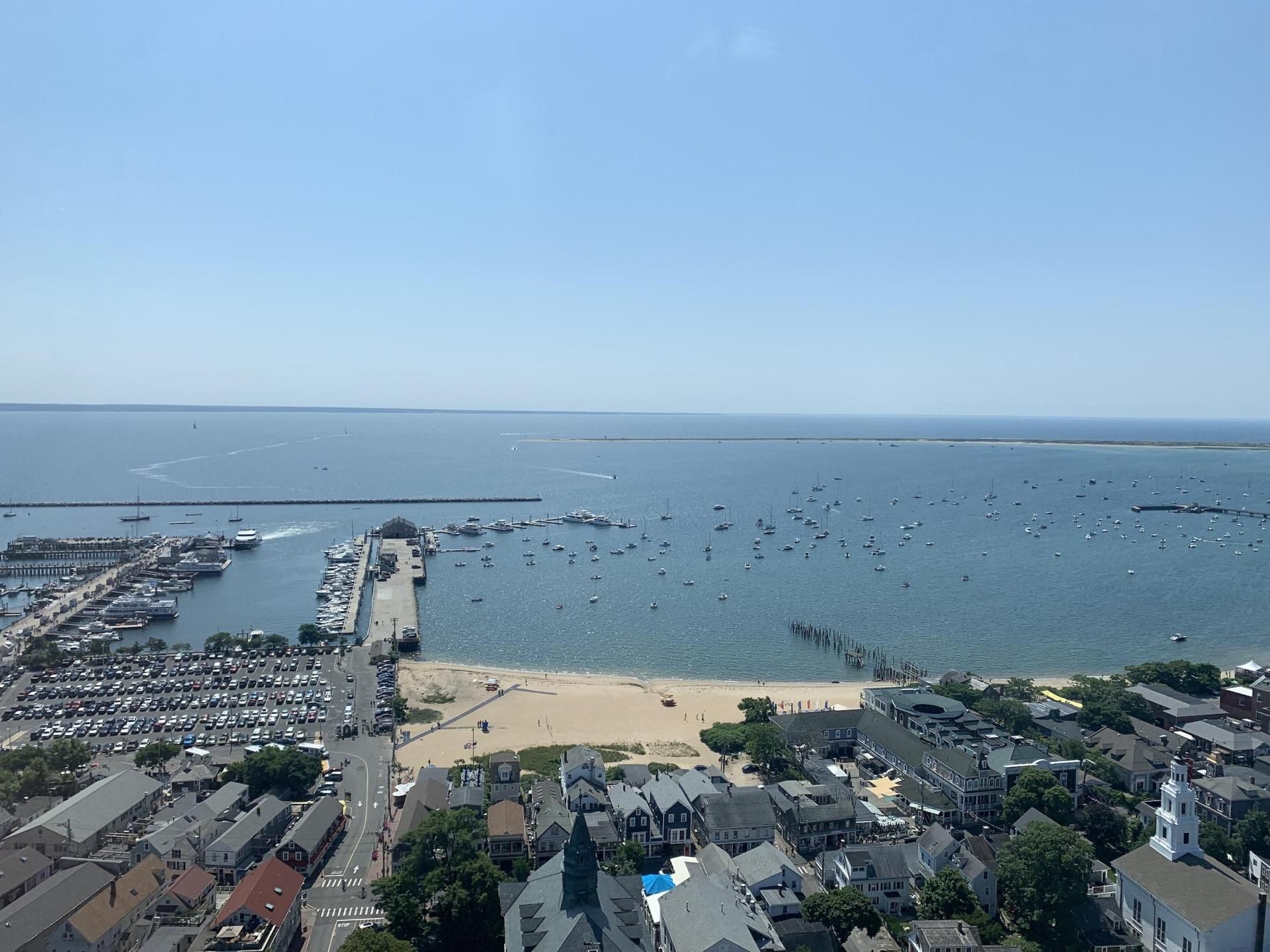 Collectively, Balboni says there are about 2,000 OZs in the U.S. where developers were going to rush to no matter what the economic incentive package was — places like the life science-heavy Alewife submarket in West Cambridge or rapidly gentrifying areas in Brooklyn.

“They qualified,” he added. “Leaders must have thought there was a reason to push them into an economic pathway even if they thought they were destined for a lift anyway.”

There are about 2,000 OZs nobody is ever going to invest in, Balboni said, because they are too challenging or deals can’t work. Boston’s four opportunity zones that encompass cemeteries are in this bucket.

“Those are the ones people are focused on, and hopefully we will see what kind of economic drivers people will create in those communities,” Balboni said.

“An eligible census tract doesn’t care what community it is in,” New Bedford's Santos said before adding, "but, sure, some are more eligible than others.”

Back in Provincetown, leaders are less concerned with how some might perceive their tract as less worthy of an opportunity zone designation than others. They just want better clarity on how to make the economic tool work.

"Maybe opportunity zones are the great opportunity to help make projects work," Gardner said. "We just need to figure out how to leverage that designation and market it to let people know how Provincetown is eligible and there are things here they can do with their money."