A Florida developer is returning to Atlanta's office market, and it is looking for opportunity zone investors. 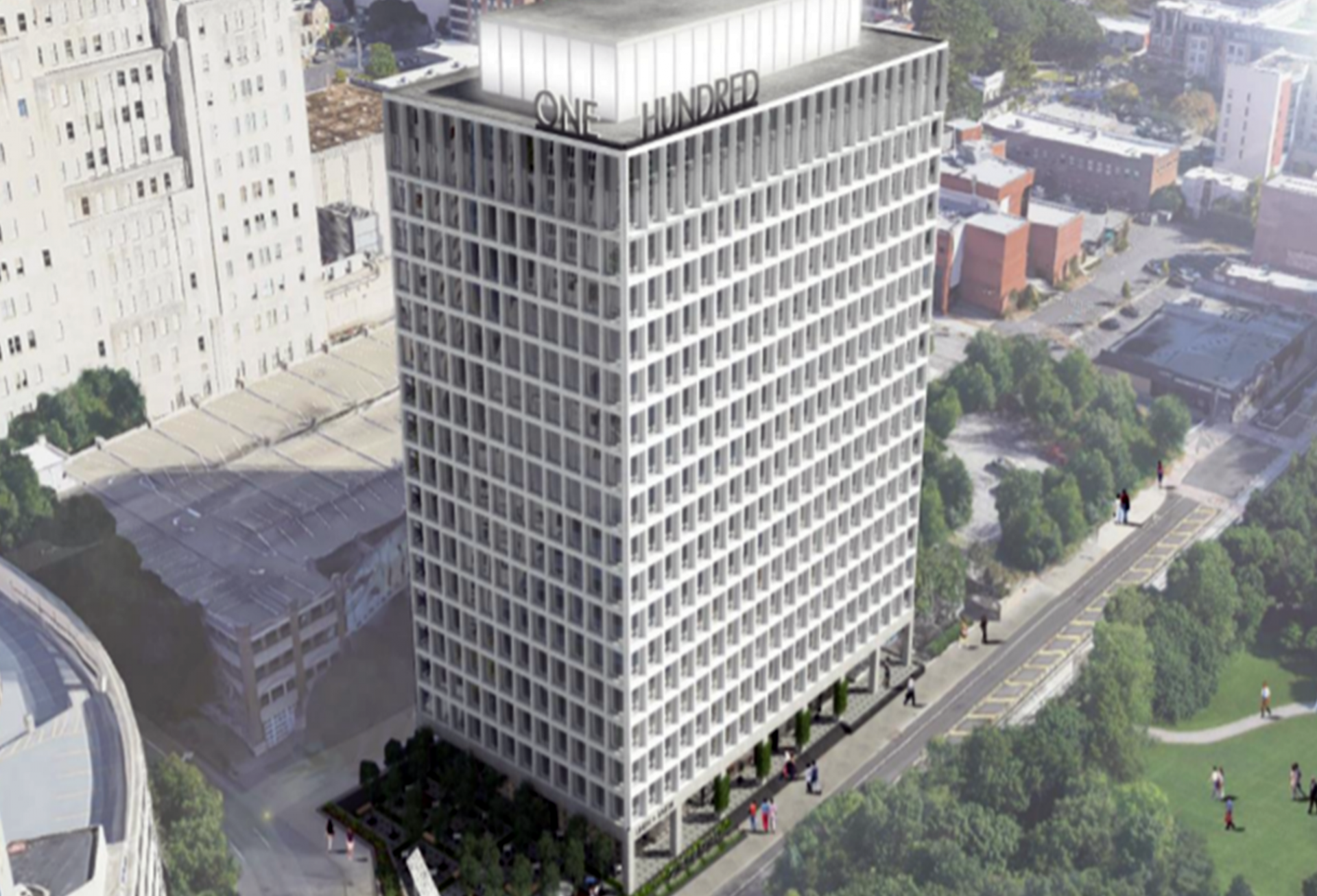 Invest Atlanta
Rendering for a renovated 100 Edgewood in Downtown Atlanta, being spearheaded by Parkway Property

Parkway Property Investments is under contract to purchase 100 Edgewood, a 306K SF office tower in Downtown Atlanta, on the other side of Hurt Park from Georgia State University's main campus.

Parkway is expected to close on the sale later this year with the United Way — the current owner of the building — for $17.6M, or $57/SF, according to an opportunity zone investment offering from CrowdStreet obtained by Bisnow.

“This is a project that we've been paying attention to for some time.” Bates said. "It just happened to be in an OZ."

This is Parkway's first foray into the opportunity zone arena since the program's passage in the Tax Cuts and Jobs Act in 2017. In the program, investors are allowed to defer or avoid taxes on their capital gains if they buy and transform properties or businesses in some of the nation's weakest economic areas, and hold onto those investments for at least seven years. In Georgia, there are 260 census tracts designated as opportunity zones.

But Parkway was eyeing 100 Edgewood for some time because the firm sees the Downtown Atlanta area as booming in redevelopment, Bates said. The fact that the United Way tower was inside an opportunity zone gave Parkway another avenue with which to raise capital.

“We intend to bring in equity who wants to also enjoy the benefits of the opportunity zone,” he said.

Parkway tapped the online equity raising platform CrowdStreet to attract opportunity zone investors. Bates declined to say how much was raised with CrowdStreet, but did say that Parkway did achieve its goal on the amount it sought to raise.

As Bisnow previously reported, three ZIP codes dominated property sales since 2018 — 30318, 3015 and 30310 — which saw more than 500 individual parcel sales. These are areas that were already experiencing a redevelopment boom in Metro Atlanta.

CrowdStreet played up the surrounding redevelopment in its offering documents. The project is less than a mile from CIM Group's $5B redevelopment of the Gulch, and 1,500 new apartment units have opened in Downtown Atlanta since last year, with another 766 planned, according to Haddow & Co.

“[Parkway] believes the demand for office space in Downtown Atlanta is being driven at least in part by the ease by which employers are able to attract and retain qualified employees,” the offering states. "Downtown Atlanta is one of the few submarkets within the metropolitan Atlanta region where an employee can live, work, and play without needing a car."

On top of opportunity zone investments, Parkway also is pursuing a $79M land lease bond with Invest Atlanta — the city's economic development arm — which would translate into $3M in property tax savings over the course of a decade. Invest Atlanta is scheduled to vote on the incentive Aug. 15.

Bates declined to say if the deal would be possible without public incentives. 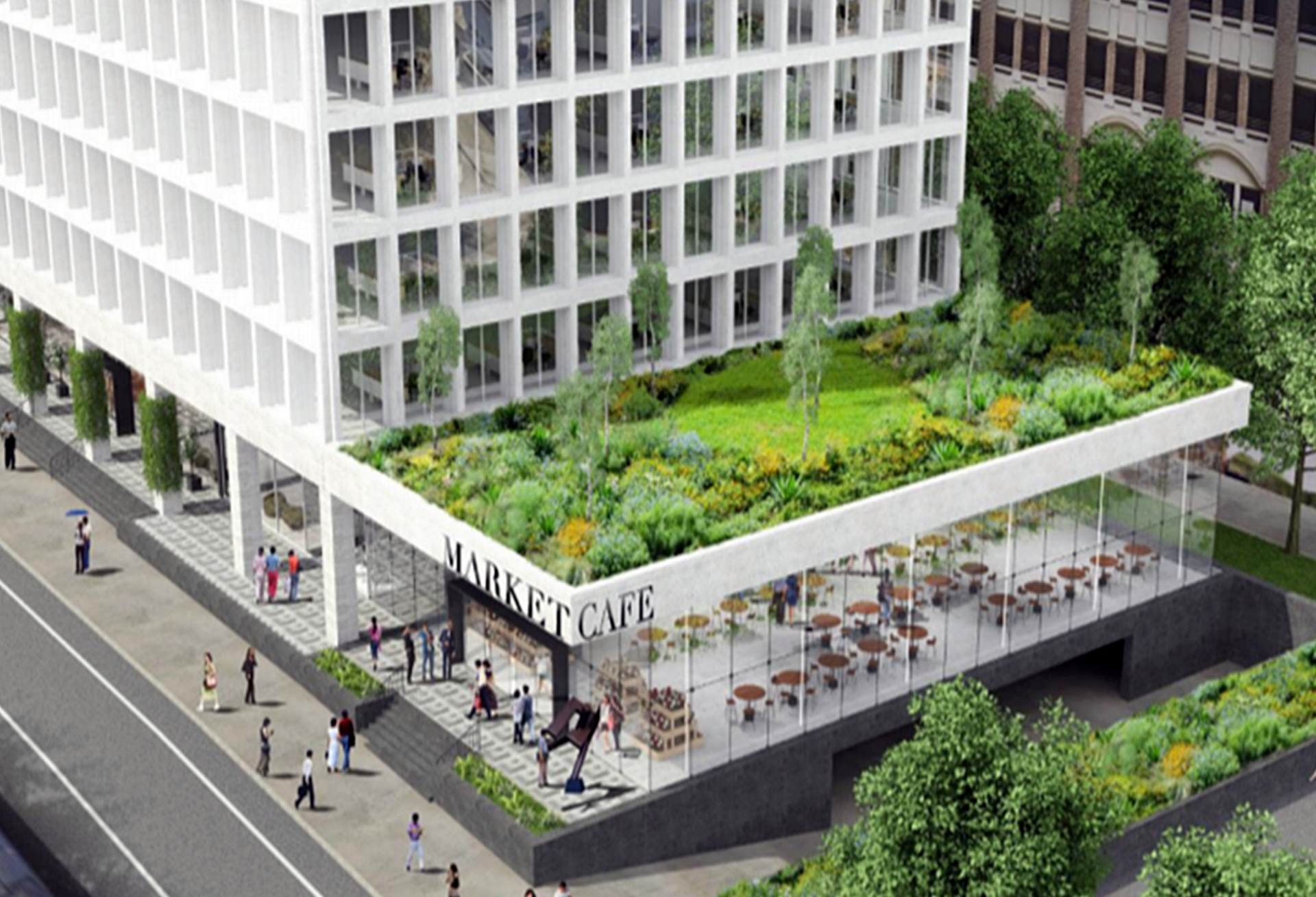 Recently, joint-venture partners Banyan Street Capital and Greystar secured a $9M incentive package from Invest Atlanta for their $125M, 29-story apartment project at 161 Peachtree. In exchange, the developers are reserving 70 of the 345 units for workforce housing renters — those earning 80% or less than the area's median income. That project has also raised funds from opportunity zone investors.

Highway To The Opportunity Zone

It has been a long trek back to Atlanta for Parkway. The former publicly traded REIT merged with Cousins Properties in 2016 in a nearly $2B all-stock transaction.

As part of the merger, Cousins took ownership of Parkway's five-building Atlanta portfolio, including One and Two Buckhead Plaza and the iconic 3344 Peachtree tower in Buckhead.

At the same time, Cousins spun off the Houston assets into a new real estate investment trust that, still named Parkway, headed by the CEO James Heistand. A year later, Parkway was acquired by the Canada Pension Plan Investment Board for $1.2B.

Being private again is allowing Parkway to gamble on riskier investments. According to Invest Atlanta documents, Parkway's project would create 680 permanent jobs and have an economic impact in excess of $110M.

“100 Edgewood I would not have been able to do in the REIT vehicle,” Bates said.

Parkway has eyed other opportunity zone investments, but the Atlanta project is its first foray into leveraging the new program into investment.

“We have some others that we're still studying that we haven't been able to make pencil for one reason or another,” Bates said. “Fundamentally, the deal has to make sense.”