5 Measures – And Oversights — In Budget 2019 That Impact Real Estate

Business may have been generally happy with Budget 2019 and the fact that there weren’t too many big surprises — excluding a new 12.5% capital gains exit tax on assets being moved overseas — but from a property point of view some feel it hasn’t gone far enough.

Cushman & Wakefield and Sherry chief economist Marian Finnegan described it as relatively benign from a property perspective, despite the severity of the housing crisis. “And disappointingly, it failed to address key issues relating to the residential rental market,” she said.

However, Savills Ireland said that while the Budget included fewer property measures than had been anticipated, the less-is-more approach was prudent and appropriate. 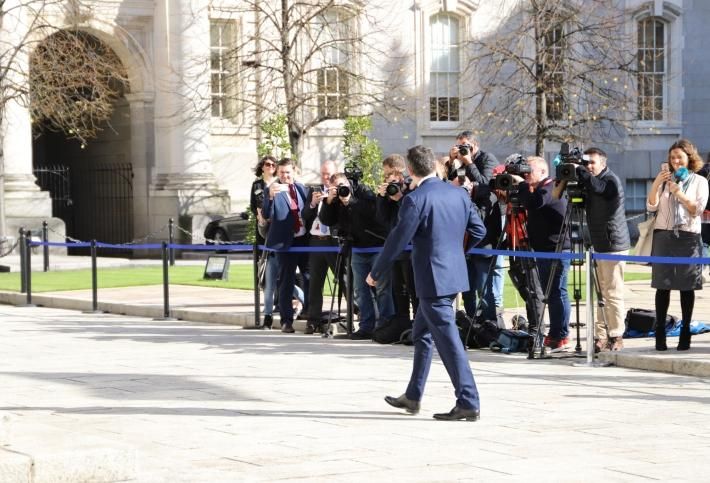 Courtesy of MerrionStreet.ie
Minister for Finance Paschal Donohoe on his way into Leinster House to deliver Budget 2019

“Various proposals that had been floated before the Budget, for example a State-sponsored First Time Buyer savings scheme, would only have fuelled house price inflation,” Savills director of research John McCartney said. “With housing inflation now moderating on its own, the Government did well to resist such measures.”

Here are some of the key property-related measures Minister for Finance Paschal Donohoe did — and didn’t — announce in Tuesday’s budget. Courtesy of Kennedy Wilson and AXA Investment Managers
The Grange, acquired from NAMA

Pre-Budget, it was rumoured that there could be changes to stamp duty on sales of buildings in the private rented sector. Savills' McCartney welcomed lack of change in this area.

“Institutional involvement in the rental market is helping to accelerate the delivery of dwelling units, particularly in our cities," McCartney said. "Increasing the tax on apartment block purchases would have disincentivised this to the detriment of supply. Moreover, tinkering with stamp duty for a second successive year would have added to policy uncertainty and undermined investor confidence.”

But WK Nowlan Real Estate Advisors Managing Director Killian O’Higgins believes the Minister may have something up his sleeve in the Finance Bill.

O'Higgins noted that in its estimates for expenditure in 2019, the government projects an increase in stamp duty receipts by just over 10% of this year's target to €1.736B.

“Whilst the Minister may be predicting increased activity in 2019, the projected increase still looks a stretch without some initiative to increase stamp duty receipts by raising the rate somewhere," O'Higgins said. "Stamp duty receipts of €939M for the nine months to September 2018 are up by 29.4% on the same period last year, but 9.7% or €101M below target. To achieve the projected receipts for 2018, in the last three months stamp duty must deliver €635M or 68% of the total amount collected to end September."

O'Higgins said the Finance Bill may shed some light on how next year's stamp duty target will be achieved.

VAT rate on leisure industry increased from 9% to 13.5% Hiking the VAT rate on the tourism sector back to 13.5% after seven years at 9% wasn’t unexpected but the hotel industry is not happy. Irish Hotels Federation President Michael Lennon said the increase represents a reckless failure to recognise the economic potential and importance of the industry, particularly to rural Ireland.

JLL director Dan O’Connor acknowledged that the sector is in a far better position than when the rate was cut seven years ago. “While it is true that international visitors to Ireland have increased substantially, the market recovery has been in the large part city-focused, and performance in many areas in the country, in particular the border areas and south-east, lies substantially behind Dublin and other prime tourist locations,” he said. “I would be mindful that in these weaker areas, the 4.5% increase could present challenges.”

Pubs with a reliance on food sales will also feel the pain. “Many licensed premises in non-prime locations continue to struggle in terms of profitability and for them, this measure is serious and may result in job losses and some closures,”  Lisney director of licenced premises Tony Morrissey said. 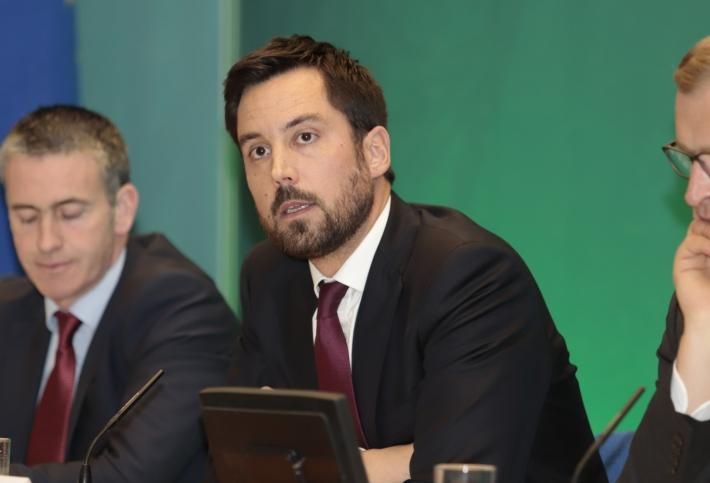 A €310M serviced sites fund is being created to help local authorities deliver 6,000 new affordable homes by  2021 — €100M of this will be provided in 2019. The discount available on homes will be up to 40% of the market price with earning thresholds of €50K for single people and €75K for couples. Funding for the first sites are to be announced later this month.

And a further €121M is being put into the Housing Assistance Payment scheme, which the Minister said will provide 16,760 new tenancies in 2019.

“Details are still sketchy, but the [new affordable homes] scheme’s effectiveness will depend on how its structured,” McCartney said. “It appears to be focused on providing additional supply on State lands and, if so, it should be genuinely beneficial to people trying to buy homes. The €310M funding over three years seems quite modest, but capacity constraints in the building industry mean that pumping too much money in, too quickly, could be counterproductive as this would fuel construction inflation.”

JLL Managing Director John Moran said the allocation of €1.25B to deliver 10,000 homes — €125K per unit — appears very optimistic. “On top of that, there remain questions around the capacity of local authorities to actually deliver this level of housing, which represents 70% of all homes built in 2017,” he said. 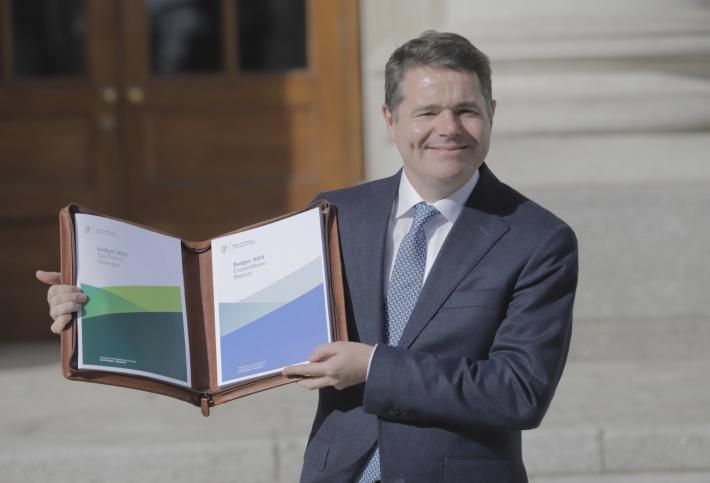 The government has brought forward its plan to provide landlords with 100% tax relief — up from 80% — on interest paid on loans used to buy, improve or repair residential properties for rent. The original plan had been to provide 100% relief from 2021 but this will now happen from 1 January 2019.

Speaking about the change, Savills' McCartney said it will increase investor demand for apartments, which should underpin developer confidence and encourage further building. He noted, however, that increased competition from investors could also crowd out owner-occupiers and contribute to higher house price inflation.

Cushman & Wakefield's Finnegan said the measure will increase the net yield for a private investor by less than 50 basis points. “Although positive, it is not significant enough to prevent the outflow of private investors from the market,” she said.

On that issue, Lisney Director of Research Aoife Brennan said 33% of her agency’s residential sales in Dublin this year have involved investors selling their rental properties, while 14% of buyers were investors. “This means that for every 2.5 investment properties sold, just one is bought back as an investment,” she said. "Reinstating full mortgage interest relief is a very welcome move."

No mention of extending the Help to Buy scheme

Although the Help to Buy initiative for first time buyers is due to expire in December 2019, there was no mention of extending the initiative. CIF Director General Tom Parlon said this will create uncertainty for first-time buyers and homebuilders next year.

“The Help to Buy scheme has significantly contributed to a 30% year-on-year increase in housing output since its introduction,” Parlon said. “This measure essentially resulted in making it financially viable to build starter homes again and freed up finance from banks for this segment.”