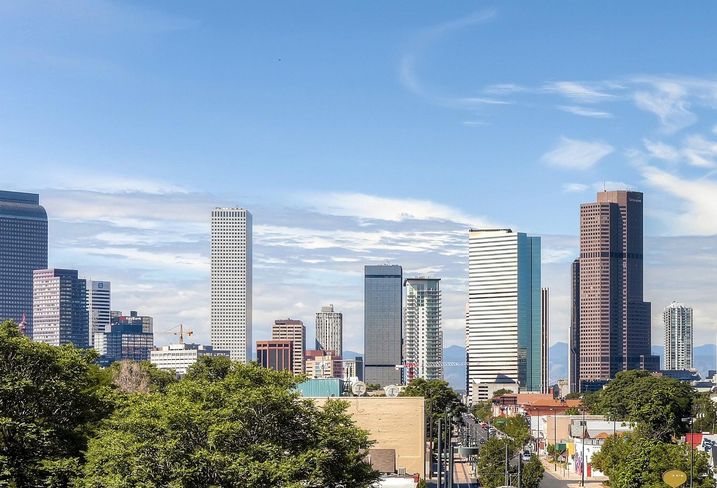 Rockefeller, which has roots dating back to the eponymous business magnate of the 19th century, last week announced that it formed a joint venture with local developer Jordon Perlmutter & Co. on Paradigm River North, a planned office development at 3400 Walnut St. in Denver.

Perlmutter kicked off plans in 2019 for the project, to be designed by Tryba Architects. With new capital from Rockefeller, construction is expected to commence on the 200K SF office and retail building later this month with completion anticipated in 2024.

Rockefeller is prepping for future growth in Colorado and other western markets in Arizona and Utah. The company in July hired Jay Despard as its Rocky Mountain senior managing director. Despard is a 20-year veteran of Hines who headed developments like 1144 15th St., the 40-story tower that delivered in 2018, marking the tallest building to deliver in Denver in 30 years.

Western markets represent big growth opportunities for Rockefeller, Despard told Bisnow. Denver's ongoing population growth has attracted plenty of developers to the market in the last decade, and the same trends are playing out in Arizona and Utah, he said, creating a compelling story for investors seeking data-driven reasons to deploy capital.

The three Denver projects Rockefeller has on its docket represent a combined $63.2M investment, according to reports, although its unknown how much of that was paid through the firm's various partners.

In addition to the Paradigm River North investment, Rockefeller at the end of 2021 announced a partnership with Summit Capital Venture Group to develop a 250-unit multifamily project at 370 West 12th Ave., in another fast-growing submarket of central Denver.

But the most anticipated of Rockefeller’s Denver projects came about just over a year ago, when the company partnered with Golub & Co. to purchase 1055 19th St., better known to locals as the site of an unused Greyhound Lines bus terminal. The gray concrete structure takes up a full block in one of Denver’s most active neighborhoods, and has gone unused since Greyhound announced in 2020 that it would instead operate out of the nearby Union Station transit hub.

With some of the most generous zoning allowances in the city, Rockefeller and Golub are allowed to build as tall as 400 feet on the site. The firms submitted preliminary plans in June 2021 for two towers on the site, each stretching to the maximum allowed height. In those plans, which are still in flux, one tower was to serve as office, the other residential.

The development team still plans to include both office and residential components, Despard said, but will also incorporate a large plaza and a hotel; he did not disclose which hotel operator would be involved.

The mix of uses and inclusion of a plaza space tie in with recent development trends in the area that focus on unique spaces — namely, offices — that engage with the public.

“The purpose of that block is placemaking. Denver’s very geographically bound by the blocks that people are used to, and over the course of the next five years, that 20th Street corridor is going to be one of the most exciting streets in Denver,” Despard said.

The Greyhound terminal is located five blocks from Coors Field and sits along a section of 20th Street that illustrates the convergence of past and future of LoDo, with longtime sports-viewing staples like Jackson’s LoDo and ViewHouse interspersed with shiny new buildings like McGregor Square, a mixed-use project partially owned by the Colorado Rockies that delivered in 2021, housing retail, residential, hotel and offices.

Creating social spaces will be key to successful office development in the future, Despard said. While it’s a tough market right now for offices in and outside of Denver, he anticipates that demand will grow as the pandemic recedes, led by new product that can cater to new expectations.

In addition to the well-worn concept of “flight to quality,” Despard anticipates a “flight to hospitality” for office users as companies seek to make their spaces more conducive to socializing and team building than individual work.

“I see office rebounding dramatically as we exit Covid. All of these short-term renewals will start to expire and people will go looking for more long-term solutions and new buildings will be benefactors of pent-up demand,” he said.