NAA Study: Rent Control Is Not The Answer

Metro cities throughout the U.S. are looking for ways to address the so-called affordable housing crisis, but for most of them, implementing caps on rent increases has been met with resounding opposition. The National Apartment Association joins the chorus and has released a study that says rent caps would have a devastating impact on Denver and other cities. 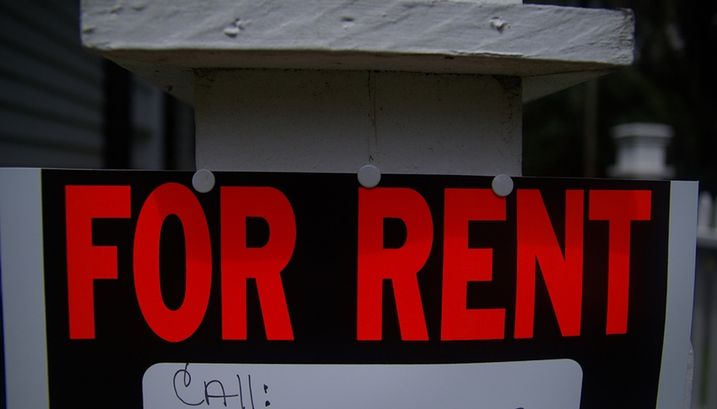 The NAA 2019 Rent Control Study, conducted by Capital Policy Analytics, looks at how a 7% rent cap would affect Denver, Chicago, Seattle and Portland.

Long-term effects of rent control in Denver, according to the study, include:

“There’s an affordability problem in the country and there’s no shortage of coverage on it, but to me, this brings to light supply and demand issues,” NAA Assistant Vice President Paula Munger said. “Things like rent control are well-intentioned, but what they end up doing is decreasing the supply of market-rate apartments in a time when we already have a housing shortage. So all that does is drive up rent, and that’s the complete opposite of what people who support rent control are trying to achieve.”

Maintenance and operating costs are not to be understated, Munger said, and rent caps could put property owners in a position of not having the capacity to cover basic costs.

“Let’s just say something happens in that unit you need to replace, a furnace, the AC, and if you can’t cover those costs upfront, you’re going to need to pass them on,” she said. “The other thing that people don’t think about a lot is the cost of operating. We talk about the cost of developing all the time, but operating costs are going up every year, property taxes are going up every year, and it just puts more burden on a property owner who’s really trying to make ends meet and make a profit at the same time if at all possible.”

The study also points out potential secondary unintended consequences such as developers opting to take their investment dollars to non-rent-controlled communities.

While one of the cities the study looks at, Portland, did implement rent control in January, Munger said it is still too early to tell what kind of impact that is going to have.

“We’ve seen more anecdotal data, but some actual data of rents declining and potential investors putting their dollars elsewhere, but that’s a market I’m going to be watching,” Munger said. “Also New York, while it had rent control, just made it more stringent and a lot of deals are getting backed out of. Investment is down in New York.”

She said not all of that can be attributed to rent control and that other market forces are having an effect.

“It would be hard to isolate, but just to see when we begin to see the impacts and to what extent, I’ll be watching New York as well.”

CORRECTION, DEC. 2, 5:45 P.M. ET: A previous version of this story misstated the name Capital City Analytics as Capital Policy Analytics. It also misquoted Munger on rent control proposals. The story has been updated. 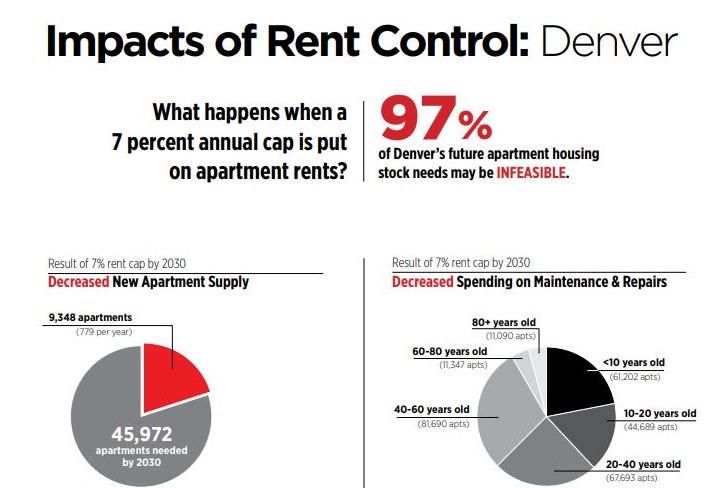 So if implementing blanket rent-control laws aren’t the answer to the affordable housing crisis, what is? NAA has created this study to be used as a tool by policymakers and advocates for more common-sense reform, Munger said.

“For us, it all really comes down to the supply, so maybe looking at zoning laws that are maybe antiquated,” she said. “And there are some cities that are doing things already; Minneapolis is banning single-family zoning to get more density and right in Denver, you have the LIVE Denver program, which is a public-private partnership. And all of these things chip away and help. We just need to get them to a point where they help more and more quickly.”

Other cities have created fast-track programs so that an approval process that now takes several years can be shortened to six months, she said.

“You’ll notice this report, it doesn’t have pages and it’s a bit repetitive, that’s because it’s designed for people in Denver (and other cities) to pull up their one page and take it to their legislators and policymakers and show them what the impacts could be in their market.”

Colorado is one of 37 states that have laws in place prohibiting rent control. The Colorado Senate voted down a measure in June that would have repealed that law. The bill, sponsored and supported by Senate Democrats, was narrowly defeated, and Denver Mayor Michael Hancock, a Democrat, has also said rent control is not the answer to the city’s affordable housing dilemma.

“Typically, we have found where it’s been deployed, it has not been the answer. It hasn’t benefited the people you’re trying to target,” Hancock said at a press conference earlier this year.

California Gov. Gavin Newsom signed a bill into law last month that limits rent increases to 5% each year plus inflation until Jan. 1, 2030. Earlier this year, Oregon became the first state to cap rents at 7% plus inflation.

With other states and metro cities looking at rent control policies, President Donald Trump, himself a landlord, has come out strongly against the government limiting the housing market. In June, Trump signed an executive order that focuses on "eliminating regulatory barriers to affordable housing,” including rent controls.

"These regulatory barriers increase the costs associated with development, and, as a result, drive down the supply of affordable housing,” the order reads.