The Q1 numbers are in and it appears DFW is finally cooling off after years of manic growth. Office vacancy in the metro is up to 20.5%, multifamily is up to 5.6% vacancy, retail has leveled to 5.1% and industrial, which is still in the midst of its boom, registered a drop in vacancy to 5.8%. 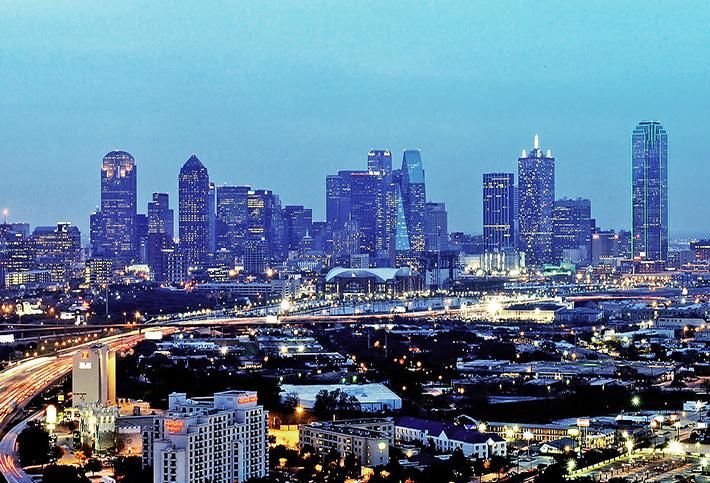 With the exception of the industrial market, Dallas is settling down into more regular growth. By no means do the numbers reported by CBRE Research and Marcus & Millichap Research seem to indicate a markedly negative turn in the market. It simply seems to have hit its ceiling. Slowing deliveries due to construction costs and a lack of labor have ensured that the market is still absorbing most of the product coming online in DFW.

“The market saw negative absorption for the first time in 31 consecutive quarters for a rare loss of 470K SF of total absorption which kicked up vacancy,” according to a CBRE research report. “Market fundamentals began to display a recalibrating trifecta this quarter, such as rising vacancy, contracting absorption and a step back in asking lease rents … DFW is still in an expansion mode, but pace has begun to moderate.”

Despite a slump in most of its fundamentals, DFW’s office market still boasts one of the most robust pipelines in the nation with 4.9M SF under construction across 20 projects, 16 of which are spec developments. CBRE’s Q1 Office Marketview indicates that 34% of the spec space coming online is pre-leased. Continued job growth fuels general optimism for steady office market growth going forward. DFW holds second place in national job growth with a 2.7% growth rate as compared to the national average of 1.6%.

Occupancy remains at an all-time high for the retail market in DFW, but with construction taking more time both in starts and completions, the market is set to receive a small correction due to a lack of development. Q1 saw a slide in asking rent from $15.83/SF in Q4 to $15.73/SF in Q1.

“Multiple construction projects across North Texas have been sidelined as labor and borrowing costs remain elevated, specifically for those in the early stages. Delayed construction starts and slowing completions are a present concern for mid- and smaller sized North Texas retailers,” CBRE’s Q1 retail report said. 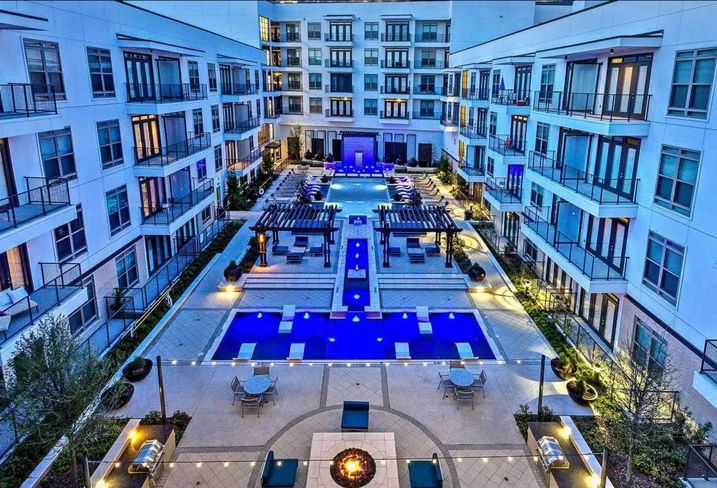 Despite historically good performance, demand fell short of the deliveries in the multifamily market, resulting in a rise to 5.6% vacancy. Class-A product in Frisco, Allen and McKinney is taking it especially hard as the delivery of thousands of luxury units caused up to 7.5% vacancy in these areas, some of the highest in the metro, according to Marcus & Millichap’s Q1 multifamily report.

Much like the office market, job growth should bail DFW multifamily out of its slightly overbuilt pockets.

The market saw a 4% increase in rent, a far cry from the average of 6.5% or higher over the last three years.

Marcus & Millichap’s report indicates investor interest in the DFW multifamily space is still strong in Farmers Branch, Addison, Carrollton and Arlington, and the average price per unit appraised increased by 10% over the last three years to $98K per door in 2017. The report predicts investors will be looking for Class-B and C product due to tight vacancies and healthy rent growth.

The current star of DFW’s show, industrial is still putting up ridiculous numbers with consumer goods, logistics companies and e-commerce users driving 3.9M SF of absorption in Q1 alone. Completions fell to 2.3M SF in Q1, which puts supply and demand in a solid equilibrium following the record rush of deliveries in 2017. The pipeline, 19.3M SF, remains flat.

Demand is strong with 45% of the pipeline pre-committed, well above the historic level of 30% pre-commitment, CBRE’s Q1 industrial report said.

Vacancy is razor-thin at 5.8% thanks to strong demand and the elimination of Vought Airplane Factory, a functionally obsolete 3M SF property, from DFW inventory numbers.