While the U.S. had its worst quarter of retail absorption since the recession, Dallas came close to setting a new occupancy record. 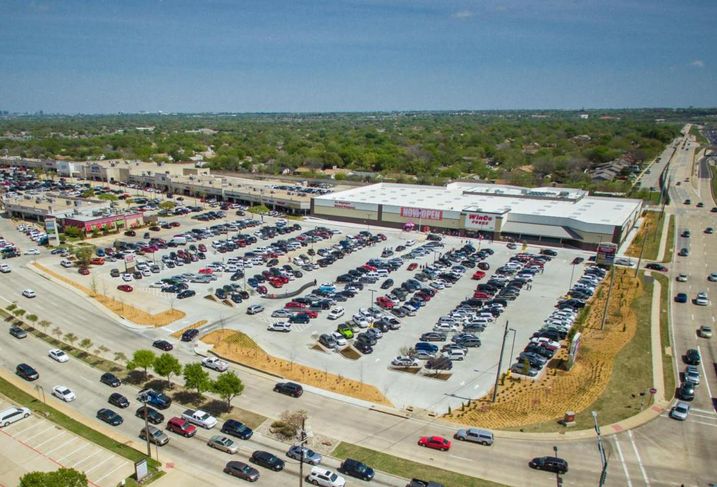 That number is a little surprising considering the 1M SF of vacancy hitting the market from Sears and Toys R Us closings alone (which are hurting occupancies nationwide), but big box-space has been backfilling nicely, Weitzman data shows.

"The market has been able to maintain steady occupancy in the face of some major store closings because the closures are being largely offset by pre-leased new construction and the backfilling of large vacancies," Weitzman's Q2 report said.

Three Sears mall-anchor stores and 600K SF of Toys R Us locations are closing by this fall, which could move Dallas' occupancy down 0.5%, but Weitzman predicts the best-located spaces will be absorbed or redeveloped within 18 months.

A few major redevelopments drove the increase in occupancy this quarter, including WinCo Foods' demolition of a former Target in Trinity Valley Shopping Center, rebuilding 85K SF and bringing hordes of cars to the center at its grand opening. Other significant Q2 renovations include The Shops at Willow Bend in Plano, The Hill in Northeast Dallas and the opening of a 62K SF Market Street backfilling a former Walmart Neighborhood Market on Legacy Drive.

Construction is still churning strong in DFW, and Weitzman predicts deliveries in 2018 will mirror the 4.1M SF that delivered last year. The intersection of Hardin Boulevard and U.S. Highway 380 in McKinney is becoming a retail hot spot — Stein Mart opened there during the first half of the year, and other anchors (including Costco, Petco and Hobby Lobby) are coming later this year. Within a few years, that intersection will top 1M SF of retail, restaurant and entertainment space.

Another major retail project underway is the $125M entertainment/dining expansion at The Shops at Willow Bend in West Plano. A new, open-air phase is adding a 60K SF The Crayola Experience, an Equinox fitness center and a restaurant district.

Weitzman has tracked 3.5M SF of retail underway or with announced openings this year, which will push DFW's retail inventory over 200M SF for the first time. And that isn't anything to worry about.

"The outlook for the DFW retail market in 2018 and going into 2019 remains strongly positive as retail is supported by growth in the key areas of population, job gains and single- and multifamily housing deliveries," Weitzman said.