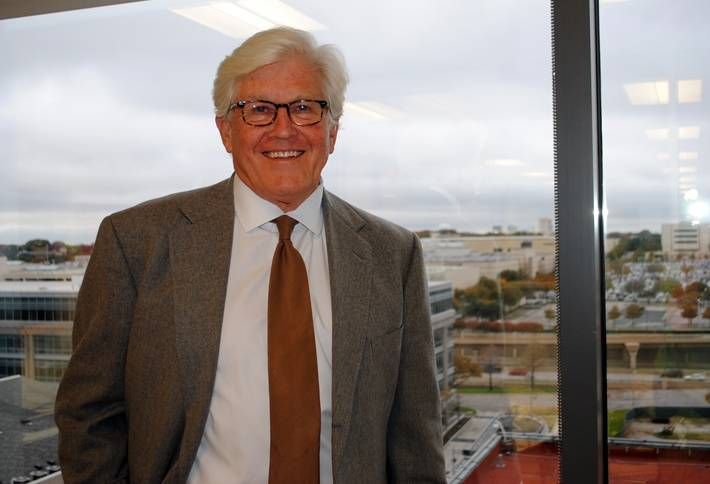 From the Dallas Farmers Market to the massive (now up in the air) 1M SF redevelopment of the former First National Bank building in the Dallas CBD, CBRE/UCR Urban EVP Jack Gosnell has his finger on the pulse of Downtown. We sat down with the 2015 NTCAR Stemmons Service Award nominee to get the skinny on Downtown retail and the fate of 1401 Elm.

Jack: The biggest thing is in the structure of how I operate. I’ve worked Downtown for the past 15 years alone. Now, I have a team of eight brokers who have joined me Downtown. We feel like we’ve got a good presence Downtown and want to keep our position at the top of the stack. Structurally, that’s a huge change and it’s been great.

Bisnow: What’s been a game-changer for Downtown this year?

Jack: The redevelopment of Downtown is a game changer largely because of Tim Headington’s tremendous developments from the addition of the high-end women’s store, Forty Five Ten, to the Downtown district’s hotel boom with 11 new hotels in the CBD. The intensity of it is remarkable. Hotels contribute about 25% to 30% of the sales Downtown, along with the tourist dollars. Another game changer is the expansion of DART to DFW Airport. It is also increasing the business travel into the CBD. When those people take the DART train into the city, they don’t rent cars, but are dependent upon the local merchants.

Bisnow: You’re one of four nominees for the NTCAR Stemmons Service Award. Tell us about your community involvement?

Jack: Professionally, I’ve been involved in the privatization of the Dallas Farmers Market, which has been terrific. It’s a vital component of Downtown that was failing over the years. Farmers are already occupying the farmers shed, which has been open since July. The AC shed (30k SF) is scheduled to open in December with 35 new tenants at 100% capacity. I’m also the president of the Order of the Flags for La Fiesta. It’s a large philanthropic 501(c)3 organization, which supports all of the not-for-profit organizations in or around the Park Cities. It has been most rewarding.

Jack: There is something I really want to do professionally: I’d like to experience the luxury of working exclusively Downtown. For obvious reasons in the past, that hasn’t been possible, but I’d like to concentrate and not take projects outside the CBD. I’m not sure if that’s even possible, but I would like to take a shot at it. Things move so slowly in that arena because it is so complicated. 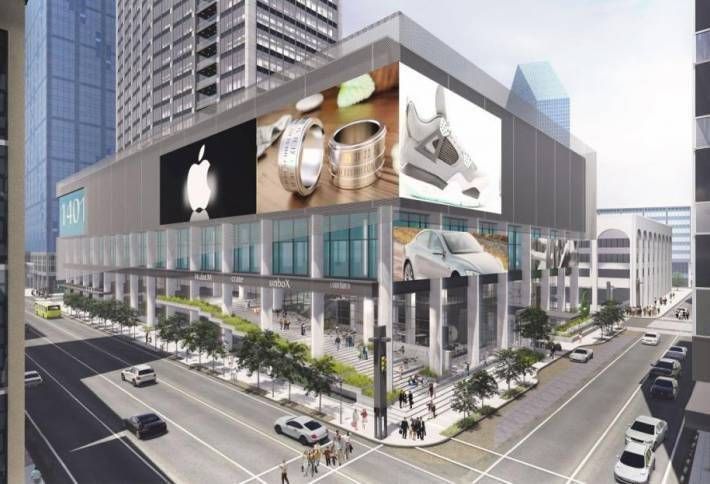 Bisnow: You’ve been working on the retail part of the 42-story 1M SF 1401 Elm, which is looking iffy since Olympic Partners has backed out of the deal. Can you tell us where you're at with the project right now?

Jack: 1401 Elm, itself, isn’t iffy; it’s still magnificent. The reason it’s staggering a little bit is because of the mammoth undertaking of it all with 120k SF of retail, 500 apartments and 900 parking spaces. It’s an immense load to get to market. I don’t think it’s an indication of anything negative having to do with the economy. Think about the retail Downtown like an archaeological dig. It’s progressively built on the bones of people before you. Just getting the building ready for development was an achievement by Olympic. Remediating asbestos and getting it ready is a huge leap for the next investor to step in. There’s been tremendous retail interest in that project, and I think that’s going to be a tale that will tell itself when it finally hits the market. It’s the only building in Downtown Dallas that can house large-scale retailers over 30k SF. There’s hot pursuit of the property by several development companies. Everyone recognizes it’s a one-of-a-kind project in Dallas and probably the last great undeveloped building there, so I think it’s a matter of time before someone steps in. We’d love to keep working on it; we’re so vested already.

Bisnow: How is Downtown retail going?

Jack: We have a lot more interest in space Downtown than we can deliver. Many of the buildings are not totally restored yet. They have retail space at bottom but it can’t be put into production until the top floors are renovated. That’s one problem. Another is that many of the spaces Downtown have a depth (about 110 feet deep), that is too large for a 2k SF retailer. So, we have to figure out how to white box the space. The city’s economic development team has been extremely helpful in that regard. The redevelopment of the Mercantile project was the first thing we completed Downtown. When Forest City put that under contract, there were only 250 people living Downtown in the Manor House. The population has exploded and provided a great impetus to the Downtown redevelopment. Forest City bought the Wilson and Continental buildings and now there are almost 10,000 people living Downtown. As far as grocers, Kroger announced a second location to the west of the Central Expressway. In Uptown, there is the Whole Foods and a 60k SF Tom Thumb going in the Union project. That forms a line of great grocery options Downtown and takes the pressure off of us to place a Downtown grocer. We would love to have Royal Blue do a grocery Downtown to provide a quick go-to spot, but that may not happen until we hit that critical mass living Downtown. 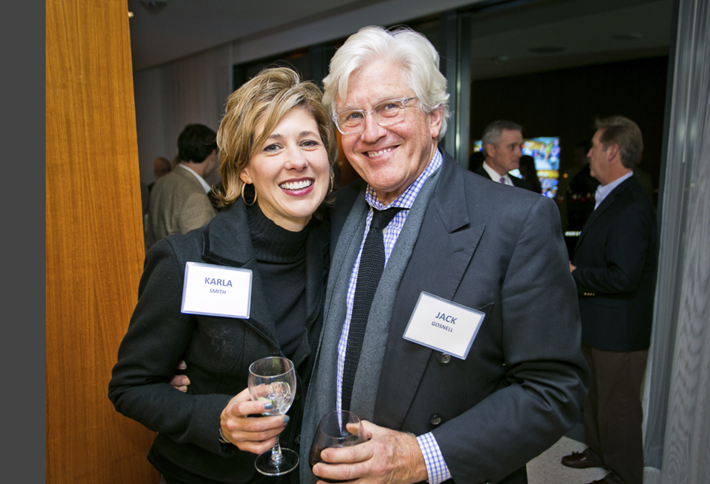 Bisnow: Here are some rapid fire questions for you. What are your 2016 goals?

Jack: Professionally, I want to leverage our Downtown team to maintain the leadership in Downtown retail development leasing. (Pictured with colleague Karla Smith.)

Jack: Uptown is in a tighter situation than Downtown; we’re in a 110% market where the pendulum has swung hard to the landlord side; there are more tenants than space. The lease-up on existing projects is amazing; we’re taking our pick of the top tenants that we want for all of those projects. I think when Downtown is ready to deliver space, we will see that same thing happen. With all the new product coming out of the ground next year and into 2017 and 2018, will the pendulum pull to the middle? It might even out a bit with a lot of new huge retail developers hitting the market.

Bisnow: On what are you bullish?

Jack: I’m bullish on the whole economy. I think we have a long run ahead of us. I don’t think it will be quite the same; it will be tempered. Landlords are looking at tenants' credit more than before; there’s no cliff, but a plateauing for a while and a gradual appreciation for a long time.

Bisnow: Tell us about your family.

Jack: They’re the light of my life; wife Leslie, and three great kids.

Bisnow: Where did you go to school?

Jack: I was the assistant to Henry S. Miller Jr. back in 1973. It was a terrific job during the time we bought Highland Park Village.

Bisnow: Do you have any secret talents?

Jack: I have no secrets; it’s all out there.

Be sure to watch for the next installment of Q&A with the NTCAR Stemmons Service Award nominees.