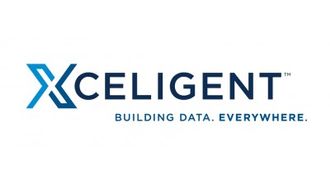 Behind the Deal: RED Development and Its Uptown Tower

RED Development’s 800k SF The Union mixed-use project (on a parking lot slab at the northeast corner of Field Street and Cedar Springs Road) is the latest in a string of Uptown projects from office to luxury multifamily high-rises. RED VP of development Jeff Moloznik gives us the back story on his vision.

Jeff isn’t averse to risks (judging by him about to rappel down the side of CityScape office tower in Phoenix to raise money for Special Olympics). He sees the project—which features a 22-story office tower and a 22-floor residential high-rise as a perfect fit for the one-block area in Uptown. The Union will feature 300 apartments (with balconies and views), 25k SF of shared amenities, 10 levels of parking, 100k SF of street-level retail and a 24/7 mix of elements. Jeff says the site will be successful largely because of its prime location in the heart of Uptown, its design and amenities and the timing of the surrounding developments.

When you look at the path of growth in Uptown, there are projects converging from all directions like the AAC and Victory on one side to Klyde Warren Park and the museums on another. As these projects mature and succeed, it applies pressure to this site, Jeff says. The development is leading to The Union, which will be a connector for all of those projects. Already, the site is like the hub of a wheel; people park here to go to the AAC, walk into a restaurant and do happy hour and some appetizers before going to the game, Jeff says. The Union’s retail will be front and center in the podium of both the residential and office towers, he tells us. This city block will have everything from a $5 sandwich to a $50 bone-in filet, Jeff says, and he thinks it will work because of the variety of traffic generated morning, noon and night.

Infill projects are a niche for RED, says RED VP of office development Paul Rowsey IV (right, with his dad, Compatriot Capital president and CEO Paul Rowsey III TREC’s Fight Night). He joined the firm in January after working on projects for KDC and Van Trust including the leasing for the Campus at Legacy, building Advocare in Richardson and helping secure Barclay’s lease at Craig Ranch. Paul says construction at The Union should start in November or December with utility relocations and excavation for below-grade parking. The core and shell should be complete and vertical by the end of 2017 and the towers should be open in 2018. Two of the first high-profile tenants have already signed leases: a 60k SF Tom Thumb and the 18k SF corporate relo for StreetLights Residential in 2017.

Work should start in earnest in November or December on utility relocations and excavation for below grade parking. The core and shell should be complete and vertical by the end of 2017 and the towers should be open in 2018. The Union features a contemporary designed blue-hued office tower designed by HKS. RED first announced The Union in May 2014. RED’s other Metroplex projects include the mixed-use Rayzor Ranch in Denton. Jeff says RED is continuously looking for other opportunities in the Metroplex.