CRE Snapshot: A Look At The Dallas Uptown Multifamily Market 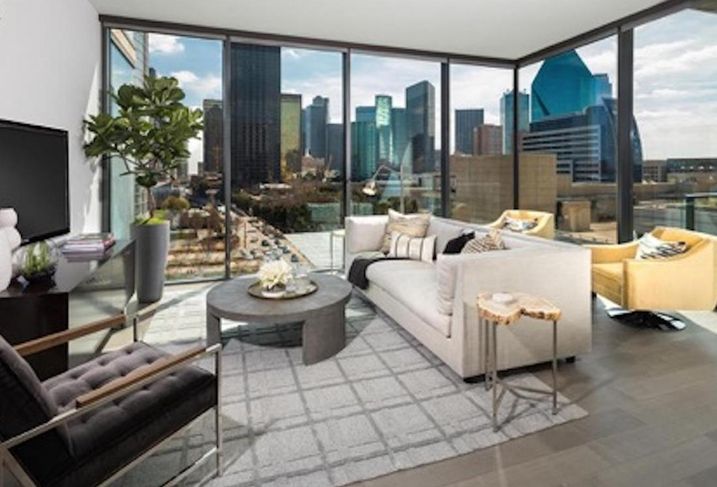 New properties in lease-up mode are pushing rents in the Uptown Dallas multifamily market into the stratosphere.

These mostly high-rise properties — all but two have 20 or more floors — are leasing up a total of 2,471 units with average rents of $2.75/SF, according to CBRE Research.

Uptown Dallas has 59 stabilized multifamily properties with a median age of 15 years and average rent of $1.98/SF, some of the highest in the Metroplex, CBRE research shows.

The most visible new project is the Residences at Park District developed by Trammell Crow's High Street Residential.

Situated adjacent to Klyde Warren Park, the 34-story residential tower, which opened in May, is the tallest apartment building in the city. Its rents are also up there: Average rents in the luxury building run $4,900/unit or $3.72/SF.

The tower is one element of the $300M Park District development at the northwest corner of Pearl Street and Woodall Rodgers Freeway. The project of Trammell Crow and Metropolitan Life Insurance includes the 20-story PwC Tower office building and 13K SF of retail space.

Another luxury apartment building, The Ardan, just opened and is in lease-up mode. Located in CityPlace, The Ardan is a 380-unit, 23-story apartment tower built by Forest City Realty Trust and Cityplace Co.

Two additional properties with at least 20 floors are still under construction, The Christopher and Nove at Knox. The Christopher, a 23-story residential tower, will consist of 309 luxury apartments and is being developed by Dallas-based StreetLights Residential. Nove at Knox, being developed by Southern Land Co. of Nashville, will offer 310 units in the Knox-Henderson neighborhood. 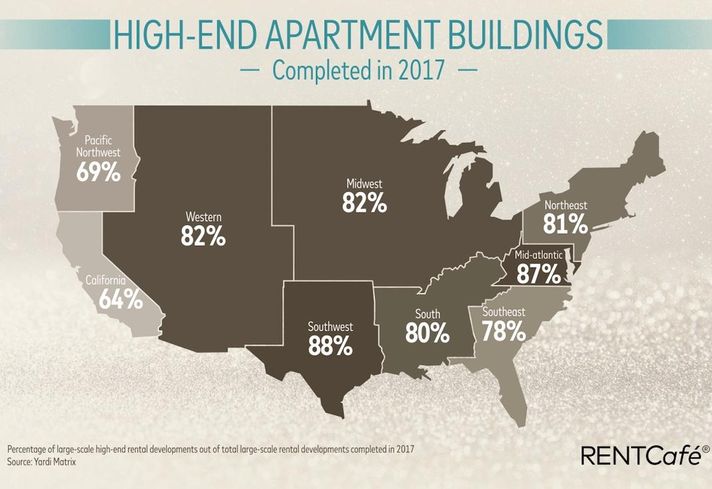 RentCafé.com
A graphic of high-end apartment buildings completed in 2017

Occupancy among stabilized properties in the metro has remained high at 93.9%, comparable to August of last year. Rents have fallen 0.75% year over year, but that is a scant decline considering the large scale of recent deliveries.

RentCafé.com reports that the construction of luxury rental properties is on the rise and takes up a higher percentage of the total multifamily market than it did just two years ago.

Looking at high-end construction by region, the Southwest had the largest share (88%) of luxury apartment buildings out of the total rental developments in 2017.

At the city level, Dallas and Fort Worth are two of six cities that saw nothing but high-end apartment construction in 2017, and are two of the 16 cities where all new apartments are luxury-grade in the first half of 2018.