A Dallas office campus once owned by ExxonMobil is being transformed into a modern mixed-use development with specialty hubs for companies focused on life sciences, biotech innovation and philanthropic endeavors. 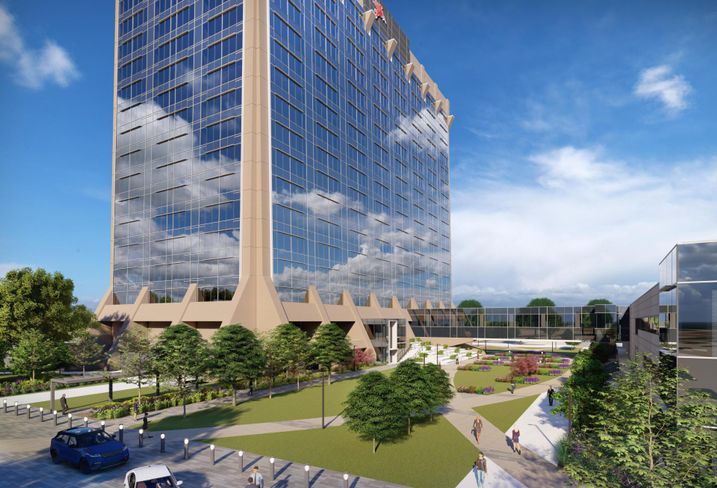 Known as Pegasus Park, the 23-acre campus sits between the Dallas Design District and Southwestern Medical District inside the Stemmons Freeway Corridor. The campus already houses an 18-story office tower and more than 750K SF primed for redevelopment.

Pegasus Park is the brainchild of J. Small Investments and Lyda Hill Philanthropies. The two organizations intend to modernize the office product on-site while building out a high-tech conference center, wet labs and biotech hubs to serve the life sciences community. The remaining space is slated to be used for commercial tenants, dining and entertainment.

The mixed-use development sat vacant for years until J. Small Investments acquired it in 2015 from ExxonMobil.

“Re-imagining and transforming a former oil and gas industry campus into a center for innovation and social impact at Pegasus Park exemplifies the spirit that has made Dallas one of the nation’s most dynamic cities, and North Texas an influential region,” J. Small Investments President Steve Davis said in a press statement.

Once finished, the campus will offer 550K SF of office space alongside a biotech hub featuring 37K SF set aside for labs, training venues and offices working in the life sciences space.

Development plans also include a hub known as the Water Cooler, which will dedicate floor space to groups working on philanthropic or socially minded projects.