The redevelopment of Dallas’ Valley View Mall could double rents for 50-year-old office buildings nearby. 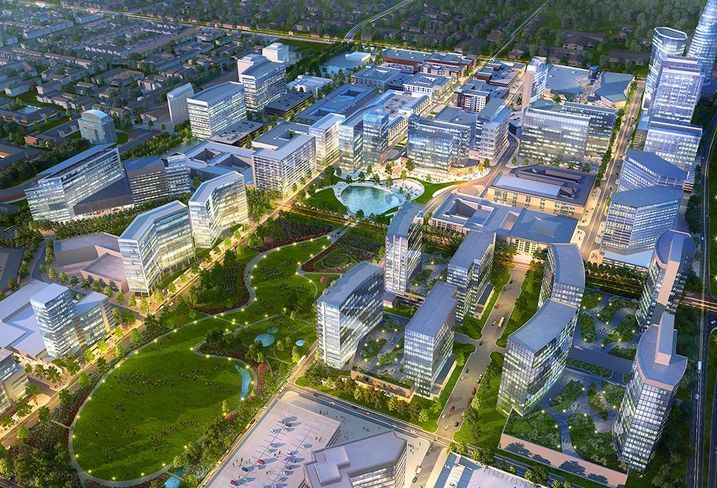 Courtesy of Omniplan
Rendering of Dallas Midtown, the redevelopment of Valley View Mall

This part of Dallas is close to two major highways, Interstate 635 and the North Dallas Tollway, but has long been relatively untouched, filled with the decaying Valley View Mall and decades-old office buildings and retail outlets.

Now Valley View Mall is being transformed into two vibrant miniature cities-within-the-city that could turn the area into a strategic gateway to both central and North Dallas.

Dallas Midtown is being developed by Beck Ventures, creating a 430-acre mixed-use hub featuring a new AMC theater, 80K SF of office space, retail and a hotel. Beck Ventures CEO Scott Beck has been working on the project for years and will be speaking about the development and mixed-use projects in general at Bisnow's 2019 State of the Market event June 5.

“This is a massive game changer for anywhere within a half mile, which is about walking range,” Boxer Property Chairman and CEO Andrew Segal said. Segal’s firm manages and leases space inside Carillon Towers, an office building on Alpha Road, right across the street from Valley View.

“The older buildings will see massive rent and value increases. Being able to walk over for lunch changes everything, or walk to work from your apartment.” 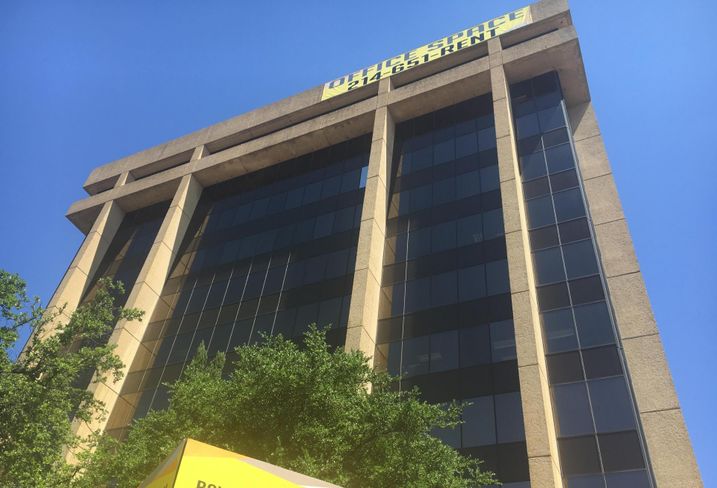 Valley View Mall is surrounded by older retail and office buildings, but its long-term potential given its centralized Dallas location has been well-known for some time.

“The former Valley View Mall site is a prime location for a combination of office and mixed-use development. Its central location in Dallas has one of the highest traffic counts out of anywhere in the Metroplex, with almost 300,000 cars passing by Preston Road and LBJ Freeway every day,” Younger Partners Director of Research Steve Triolet said.

The area has been stagnant for a few years, and an infusion of new upscale offices, restaurants and multifamily should inject new life into the fundamentals.

“The LBJ Freeway submarket is past due for some new office development. With no significant construction completed since Churchill Tower was built in 2000, the average office property in the LBJ submarket is 38 years old,” Triolet said. “This older inventory and the major highway expansion projects have negatively impacted the submarket, which has resulted in higher than average vacancy (23.1% as of the first quarter of 2019) for the past several years.” 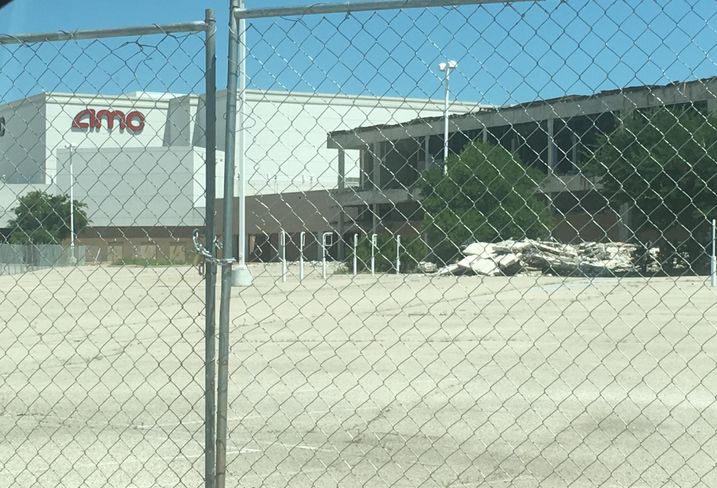 Bisnow
The remaining shell of a retailer at Valley View Mall.

Segal is convinced when construction is complete on Dallas Midtown and Park Heritage, his Carillon Towers project (which was built in 1971 and renovated in 2016) will benefit the way the museum district in Downtown Dallas benefited from Klyde Warren Park’s opening.

“The rents should go up 70% to 100% for the older buildings,” Segal said. “This is like what Klyde Warren Park did for the museum district downtown. The rental rates have been stuck under $20/SF per year, full service, for a few decades [at Carillon Towers]. That will finally change when the mall project starts having restaurants open.”

Klyde Warren Park opened in 2012 and since then approximately 2.7M SF of office space and 11,000 multifamily units have moved into the area, a 2018 report from JLL said. Rents on adjacent commercial properties rose 32%, according to a case study associated with the U.S. Department of Transportation.

Segal expects lease rates in the Carillon buildings to remain in the $17 to $19 per SF range during construction. But he anticipates that figure will double when the projects across the street officially open.