Suburban Office Market Had A Rough 2019 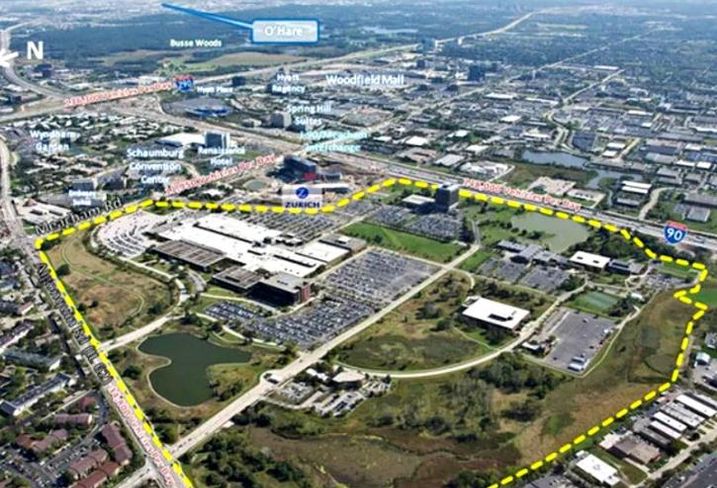 The suburban office sector had a rough 2019. While Chicago’s downtown was setting records, overall net absorption in the suburbs ended 2019 at more than 900K SF in the red, according to Colliers International. That followed a 405K SF loss in 2018.

It is hard to find any good news for the region in the year-end statistics. The Lisle/Naperville area, with 125K SF, was the only one to record positive net absorption. Still, in Q4, both Lisle/Naperville and the Oak Brook submarket were in the black, with 165K SF and 153K SF, respectively.

Overall the suburban market continued to be split into two very different markets. One remains in the doldrums that settled in years ago as sprawling corporate office parks went out of style. The other, populated by Class-A trophy towers well-located near transportation hubs such as O’Hare International Airport, has attracted enough leasing activity to keep vacancy rates relatively low.

In the Northwest suburban submarket, the direct vacancy rate stood at 30.1% in Q4, according to Colliers, while the North submarket was at 19.3%. But around O’Hare, the direct rate was just 13.7%, comparable to Chicago’s Central Business District, and 16.4% in Oak Brook.

Whatever the vacancy rates, or levels of net absorption, one thing that keeps improving in the suburbs is overall rental rates for Class-A properties. Average rental rates in the Northwest submarket, the region’s most beleaguered, increased to nearly $26.50 per SF by Q4, up from around $24 in 2014. Near O’Hare, the rate is now around $34, up from $30 five years ago.