Bifurcation Of The Burbs: Chicago's Suburban Office Market Transforming But Slowly And Unevenly

Every time a suburban corporation decides to pull up stakes and head downtown, the move generates headlines. Less noticed are the many companies making long-term commitments to the suburbs, but developers that serve the latter group are transforming the region by bringing in amenities that rival the best Class-A buildings in the CBD. New tenants now fill these properties, some once considered hopelessly dated, and rents keep rising. 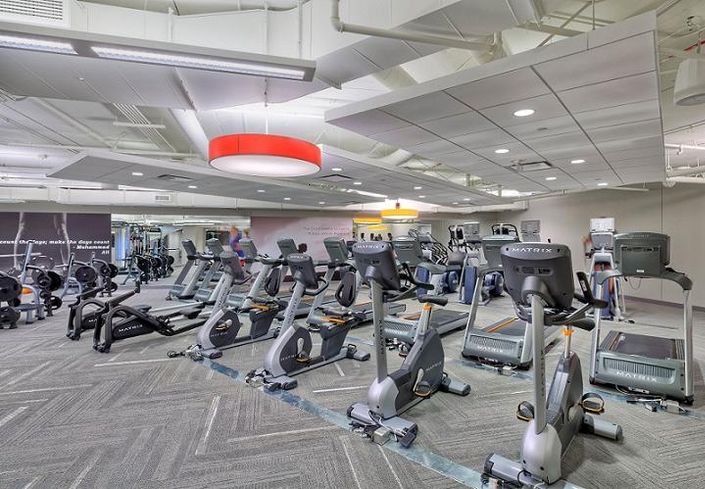 But not every suburban building has that potential, and as developers steadily convert those that do, they will separate the region into two distinct markets, one with vibrant properties competing with Chicago’s core, and another with obsolete buildings and stagnant rents.

The transformation of the suburbs could take a number of years. Some owners don’t have enough capital to bring their buildings up to par, and nothing much will happen until these properties trade. Others don’t feel the need to provide hotel-like amenity packages, a philosophy now embraced by most Class-A landlords downtown.

“Everyone has different ideas on what it means to be amenitized, and there are suburban owners that renovated their buildings in 2006 and feel satisfied,” GlenStar Properties principal Michael Klein said. He will speak at Bisnow’s The Future of Chicago Suburbs 2019 event March 7.

“I think this process has a long way to go.”

Klein’s firm specializes in taking over suburban properties once considered moribund. It bought Continental Towers in 2013, when the 911K SF complex in Rolling Meadows was just over 50% occupied, poured in $23M worth of improvements, and brought occupancy up to 93%.

He believes tastes and expectations changed radically in the past decade, and landlords that don’t launch new renovations will miss out on opportunities to retain tenants and boost rental rates.

One shift: “People no longer want a small fitness center, so putting one of those in your building is a waste of time and money,” he said.

At properties like Continental Towers, and Schaumburg Corporate Center, a three-building, 1M SF complex it bought in 2017 for $70M, GlenStar added true health clubs run by Midtown Athletic Club, with at least 15K SF, personal trainers, yoga classes and many other offerings.

“Ten years ago, no one had even thought about doing that.”

Klein believes such strategies work even in buildings like Continental Towers and Schaumburg Corporate Center that have bland, 1980s-style appearances. He pointed out that many downtown hotels look unremarkable from the street, but provide high levels of service to their guests.

“The exterior means less than what’s inside. Schaumburg Corporate Center isn’t the prettiest complex ever built, you won’t find anything like its atrium elsewhere in the suburbs.”

As part of a $28M capital campaign, GlenStar made the 17K SF glass atrium into an activity hub for all tenants by updating the ceilings and lighting, adding new finishes, furniture and fixtures, as well as a large video screen.

“When we took over, it was awful, just a bunch of patio furniture scattered about,” he said. 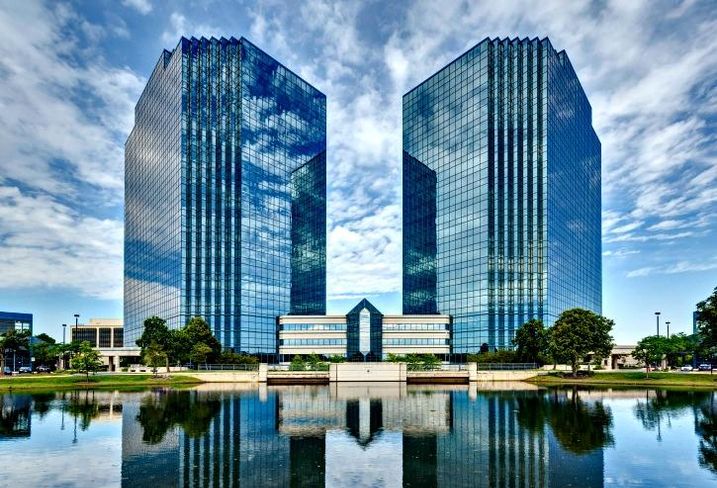 That transformation of office buildings into more social places has been occurring downtown for about 10 years, Wright Heerema Architects principal Roger Heerema said. But in the suburbs, it only started building up steam in the last three or four.

“It’s gaining more traction, but we are still in the beginning stages of it.”

He will also speak at the March 7 Bisnow event.

Heerema’s firm was brought on board to revive the former OfficeMax headquarters at 263 Shuman Blvd. in Naperville, a 350K SF complex built for AT&T in 1987, after Franklin Partners bought it in 2018.

Wright Heerema added a grand staircase to the main lobby and atrium, and created a well-lit lower level with a coffee bar, a market-style deli, a full fitness club, coworking lounges and other amenities found in Class-A Chicago high-rises.

One of the reasons such changes are coming more slowly to the suburbs is the mistaken belief among many that suburban properties mostly host older workers with families that don’t want to hang out after work.

“That’s not really true. The millennial worker is equally represented in the suburbs,” Heerema said.

He points to Paylocity’s 2016 decision to relocate from Arlington Heights to more than 300K SF in Schaumburg Towers, the former headquarters of Zurich North America, and its recent decision to occupy even more space, as a good example of the suburbs’ potential.

“They are basically a tech company with a young workforce that chose to remain in Schaumburg.”

Both Retail Properties of America, the previous owner, and American Landmark Properties, which bought the complex last year for $86M, committed to bringing in and maintaining urban-style amenities to the property, Heerema said.

“The redevelopment was instrumental in getting Paylocity to sign a deal; those were things that Paylocity was demanding.”

In some ways, suburban properties may have an advantage when it comes to certain amenities.

“In the city, owners are paying millions just to add a little roof deck to some buildings,” he said.

Suburban properties, on the other hand, have space to stretch out.

Franklin Partners also hired Heerema to renovate 1900 Spring Road in Oak Brook, another of its recent purchases, and the architects designed an outdoor garden area where workers can bring laptops on warm summer days.

“Open space is a readily available resource that downtown properties don’t have,” he said.

“Chicago gets an awful lot of press whenever a company moves downtown from the suburbs, so many conclude that nothing is happening in the suburbs, but after the success of these redevelopments, people will take note,” Heerema said. 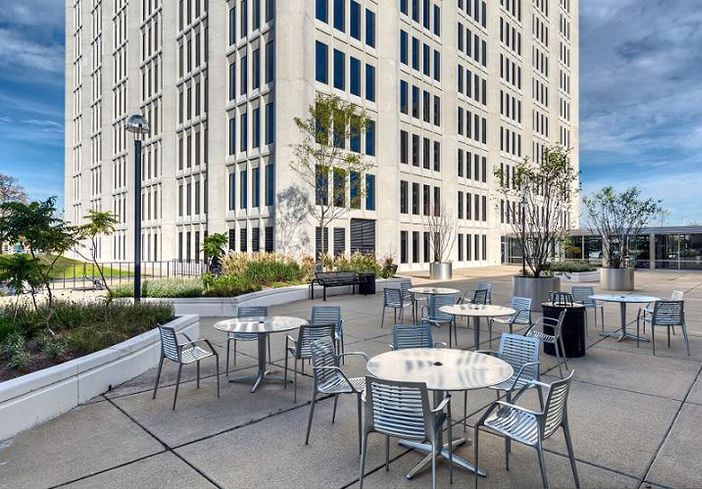 It soon may be possible to also launch new construction in the suburbs, at least in the tight O’Hare submarket, Klein said.

Klein has seen firsthand just how badly tenants want space near the airport. GlenStar was part of an ownership team that a few years ago purchased President's Plaza, an 830K SF complex at 8600 and 8700 West Bryn Mawr Ave. Occupancy had shrunk to about 50%, but after a $15M renovation campaign, and the recent launching of another $20M effort, it rose to well over 90%.

Vacancy has been declining steeply, and rental rates have been escalating, throughout the surrounding area.

"The suburbs, at least the right buildings in the right places, are doing very well."

If things keep going in that direction, and it lands an anchor tenant that needs between 150K and 200K SF, GlenStar would consider launching a new building of about 600K SF on a parcel of land it owns near President's Plaza and the Kennedy Expressway.

"We may even go spec if the market gets much better," Klein said.