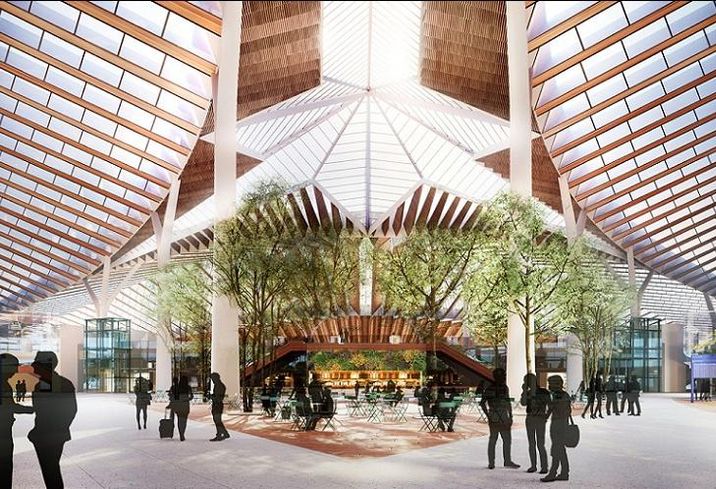 Hometown architect Jeanne Gang will lead the design of O'Hare International Airport’s new Global Terminal and Global Concourse, Mayor Rahm Emanuel announced Wednesday. The terminal is part of an $8.5B expansion, one of the largest public projects in Chicago history.

The move comes just weeks before Emanuel leaves office, and, along with finalizing plans for mammoth mixed-use communities such as Sterling Bay’s Lincoln Yards and Related Midwest’s The 78, it represents one of his final chances to remake the city.

Aviation officials will now begin contract negotiations with Gang, who will work with the city and several airlines to finalize the terminal’s design. In the coming months, Chicago officials will select one of the four remaining finalists to design two new satellite concourses.

“During this historic competition, the world’s best architecture firms submitted their incredible visions for the world to see — with each of these five world-class designs strengthening our plans to bring O’Hare into the 21st century,” Emanuel said.

Critics complained that the mayor’s selection process has been too secretive. Emanuel has received advice and recommendations on the project from a committee that officials refuse to identify.

Gang is already one of the most famous architects to come out of Chicago. She won international renown when her Aqua Tower, an 82-story residential tower in the Lakeshore East community distinguished by its wave-like balconies, opened in 2009. It’s the tallest building in the world designed by a woman, at least until Gang’s nearby Vista Tower is completed later this year.

The new O’Hare terminal will replace Terminal 2, and, at 2.2M SF, more than double its space. That will mean additional gates, allowing United Airlines and American Airlines to expand operations, as well as more space for concessions, lounges, other public amenities, new baggage systems and better security screening.

“This project is a game changer for Chicago, and we look forward to ongoing stakeholder engagement from the airport to the neighborhoods as we embark on our historic expansion,” Aviation Commissioner Jamie Rhee said.