OC Ventures has now acquired more than 3,000 student housing beds across the U.S. in the last two years, and company officials said this latest purchase marks the start of a major expansion strategy that will continue throughout 2020. 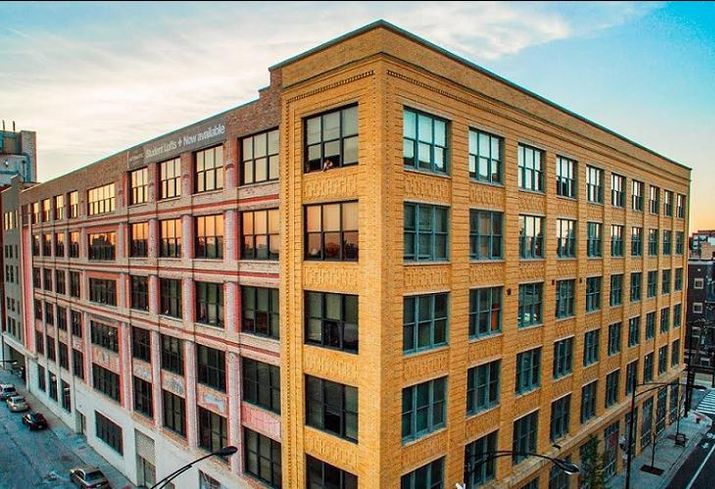 Automatic Lofts was built in 1901 as a telephone factory for Automatic Electric, and although the property was renovated in 2006 into luxury, loft-style apartments, OC Ventures considers this a value-add property. 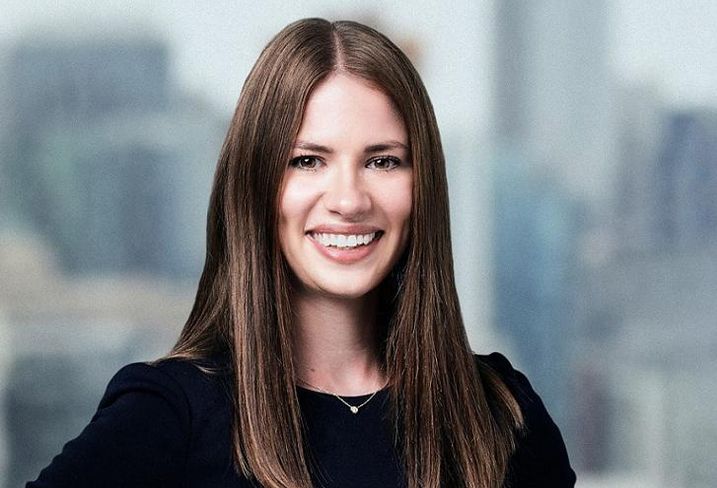 Courtesy of Fifield Cos.
Lindsey Senn

Chicago-based developer Fifield Cos. promoted Lindsey Senn to executive vice president, and made her responsible for the firm’s finance and development team. At Fifield, Senn has played a key role in overseeing $600M of multifamily development in the Chicago region, which included securing Target as the anchor retail tenant for Logan, Fifield’s transit-oriented, mixed-use development under construction in Logan Square.

Taurus Investment Holdings sold an 8.2M SF logistics portfolio in the Chicago, Dallas, Atlanta and Memphis markets to Investcorp. The portfolio consists of 117 buildings with more than 400 regional, national and international tenants. The firm exited its US Logistics Fund I and three co-investment vehicles totaling $204M in equity capital, but will remain the co-investment manager of the portfolio in joint venture with Investcorp.

Hamilton Partners awarded Colliers International Chicago the leasing assignment for 11301 Irving Park Road, a 117K SF warehouse and distribution facility on more than 5 acres, and 11405-11417 Irving Park Road, a similar, 100K SF facility on about 8 acres, both in suburban Franklin Park. Tom Rodeno, Matthew Stauber and Patrick Turner will market the properties, which Hamilton Partners is renovating, for sale or lease.

Darktrace, a global cyber AI company, signed a 10K SF lease at 333 North Michigan Ave. in Chicago, and plans to move into the full-floor space by the second quarter of 2020. It marks a significant expansion for the firm, which occupied less than 3K SF when it opened its Chicago office at 333 North Michigan in 2018. CBRE’s Tony Coglianese and Mark Keebler represented Darktrace. 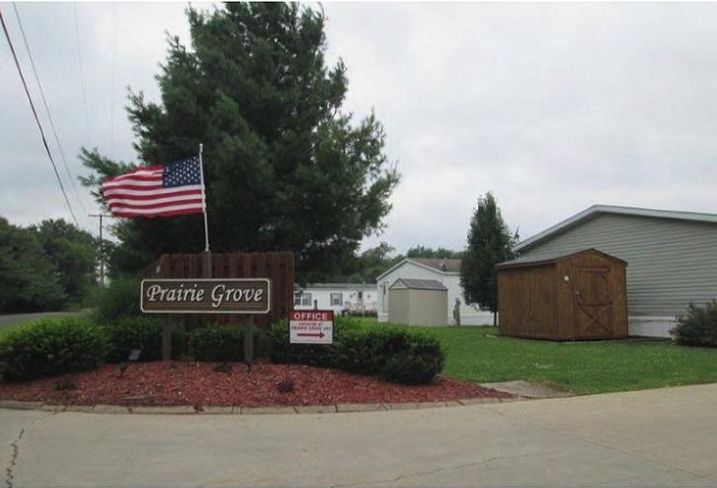 Chicago-based Maverick Commercial Mortgage closed a first mortgage loan on behalf of MHPI for four manufactured housing communities MHPI owns and manages. The portfolio, which consists of three communities in Springfield, Illinois, and one in Des Moines, has a total of 303 pads. The loan was funded by a national lender, and the borrower was represented by Much Shelist’s Arnold Weinberg.

Inland Bank and Trust’s Chris Metcalf and Gia Tomaszewski originated an $11M loan for the refinancing of a 122K SF industrial facility in Kenosha, Wisconsin. The financing was structured in collaboration with Mesirow Financial’s Douglas Barker and Daniel Nyhan, who represented the property owner in the transaction. 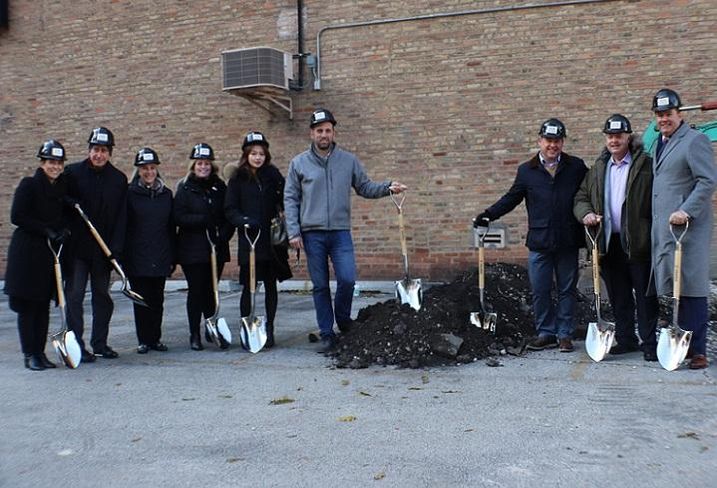 North Wells Capital, the investment affiliate of Chicago-based Urban Innovations, broke ground on 306 West Erie St. The company acquired the existing 45K SF building in May 2017, and plans to more than double its size. The expansion, designed by NORR Architects, will integrate the existing brick-and-timber structure with a five-story glass addition, and include an outdoor terrace. The renovated and expanded building will have floor plates of more than 15K SF and total 93K SF. ARCO/Murray is the general contractor, JLL the leasing agent and Urban Innovations will continue managing the property.

Chicago-based design firm Wight & Co. launched Beyond Your Base, a new public affairs and pre-referendum consulting group that Denver-based Paul Hanley will lead as managing director. Beyond Your Base will help public entities seek funding for capital improvements through voter analytics, opinion research and strategic communications. 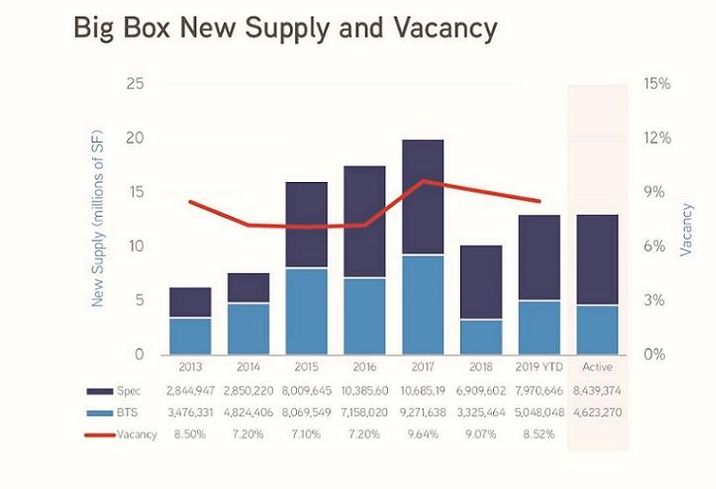 Chicago's big-box industrial market recorded its strongest gain in occupancy during the third quarter in more than two years, according to Colliers International. Net absorption totaled 6.4M SF between July and September, bringing this year's tally to 13.3M SF, eclipsing the 10.9M SF total for all of 2018. As a result, the big-box vacancy rate decreased by 10 basis points during the third quarter to 8.52%, down from more than 9% one year ago. Colliers considers precast buildings of more than 200K SF, with ceiling heights of 28 feet or higher, to be big boxes.