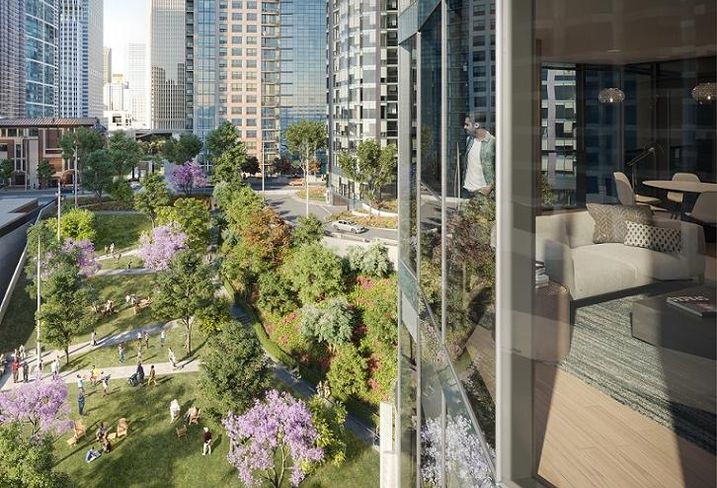 The developers plan to deliver the first residences in fall 2021, and build it simultaneously with Cascade, an adjacent 37-story, 503-unit rental tower, and Cascade Park, a public 0.8-acre green space designed by Claude Cormier + Associés that is connected to both the lakefront and Chicago Riverwalk.

“The towers’ site-specific designs are intended to both maximize the beauty of the site and maintain continuity with surrounding buildings — all while delivering an urban lakefront residential experience that is distinctly their own,” said Ted Weldon, the newly appointed executive general manager of development for Lendlease’s Chicago office.

Designed by bKL Architecture, Cirrus and Cascade are the first of three towers that Lendlease and Magellan plan to develop at the northeast corner of Lakeshore East. Together, they represent some of the final parcels in the Lakeshore East master plan, which has been under development for two decades.

Chris Wilbur joined Entre Commercial Realty and will expand the firm’s coverage in South and Southwest Chicago and suburban markets. Prior to joining Entre, Wilbur spent two years with Advocate Commercial Real Estate Advisors in Chicago, where he specialized in business development throughout the West Loop and office leasing for law firms and financial institutions. 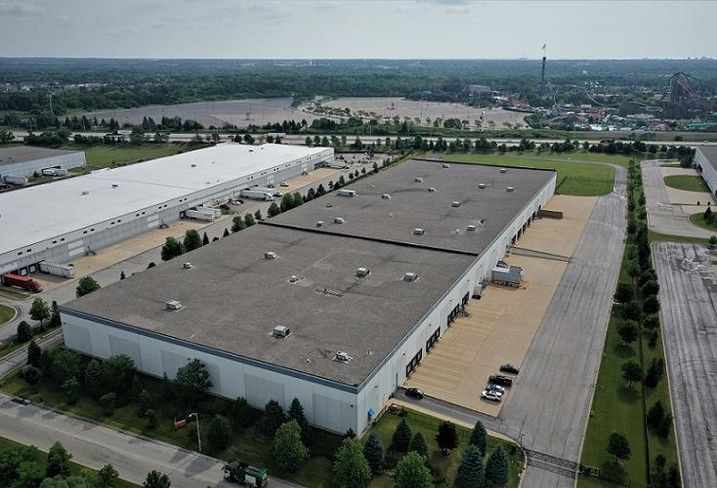 Venture One Real Estate acquired a vacant 265K SF industrial building at 605 Tri State Parkway in suburban Gurnee, Illinois. The building was constructed in 2005 and sits on 16.9 acres. It features 35-foot clear height, frontage on Interstate 94, and an additional 3.25 acres that can accommodate 638 car or truck parking sports, or a 91K SF building expansion. JLL’s Steve Trapp and Joe Colletti represented the seller, and Venture One retained Trapp and Sam Durkin to market the property. 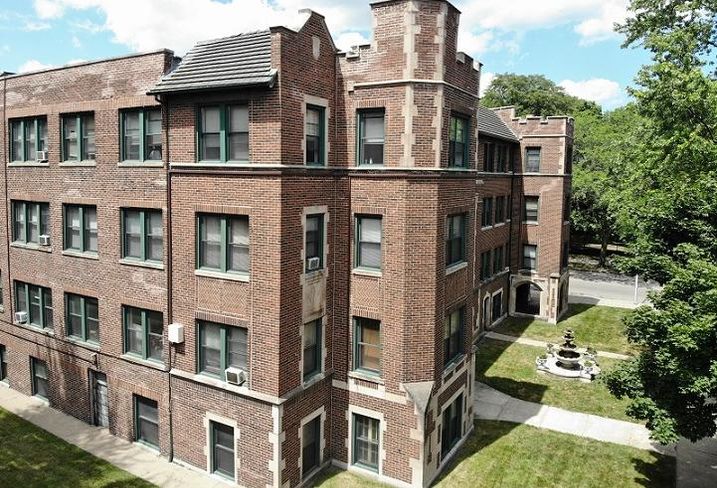 A team from Essex Realty Group led by Brian Mond exclusively listed 6700 South Constance Ave. for sale, with an asking price of $6M. The 78-unit multifamily property, built in 1920, is in Chicago's historic landmark district of Jackson Park Highlands, and has been owned by the same family for more than 40 years. The building sits across the street from the proposed Tiger Woods golf course, near Lake Michigan, the University of Chicago and the proposed Obama Library. 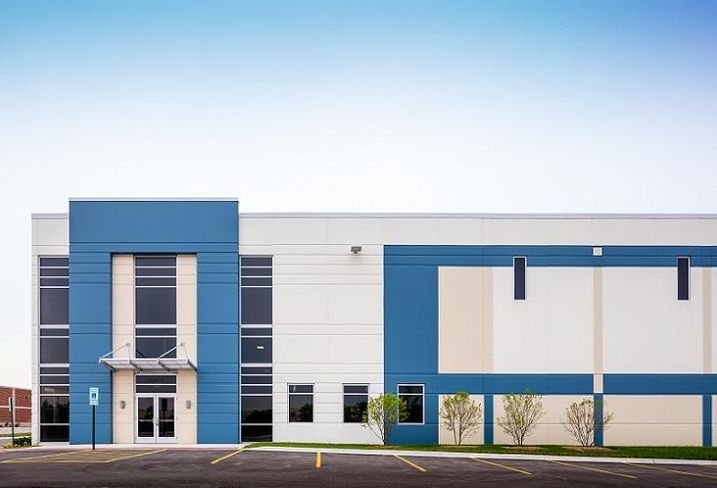 Fiat Chrysler Automobiles signed a lease at The Opus Group’s 1325 Remington, a 112K SF building in Carlow Corporate Center, a suburban Bolingbrook business park. The car manufacturer will occupy 25K SF beginning in January, and use the space as a training facility. Located on 9 acres in the Interstate 55 industrial corridor, the project has a 28-foot clear height, and up to 242 car parking spaces. Opus completed construction in November 2016. Opus served as the developer, design-builder and architect, structural engineer and interior designer of record for the building. Cushman & Wakefield’s Jordan Decker and Chris Cobb represented FCA, and Colliers’ Dominic DeRose, Vern Shultz and Charles Canale represented Opus.

Darwin Realty’s Richard Daly and Chris Mergenthaler represented a private partnership in the lease of its building at 1701 Birchwood Ave. in suburban Des Plaines to Amphenol EEC. The tenant, a manufacturer of electrical, electronic and fiber optic connectors, will relocate its facilities from Chicago and Mexico. The 49K SF building, located on 2.4 acres, has more than 6K SF of office space and 24-foot clear height ceilings in its warehouse. The tenant was represented by Colliers International’s Ned Frank. 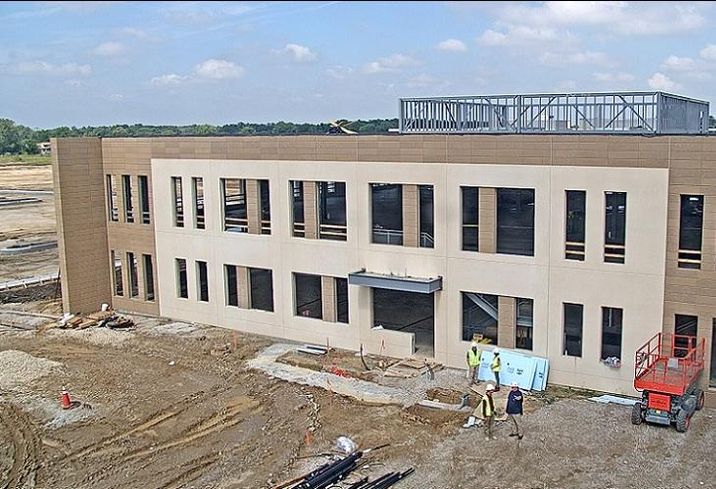 Franklin Partners opened The Shuman, an office building at 263 Shuman Blvd. in Naperville. The 350K SF building, a former corporate headquarters, was transformed into a multi-tenant building with design from Chicago-based Wright Heerema Architects. It features an amenity floor with private meeting rooms, a lounge, a game room, a golf simulator, a bike storage room and a LifeStart fitness center. Tenants have already leased approximately 35K SF.

Colliers International’s Francis Prock and David Florent serve as leasing agents for the property, which Franklin Partners acquired in April 2018 in a joint venture with Bixby Bridge Capital. Most recently serving as the headquarters for OfficeMax, the building was originally developed for AT&T in 1987.

The Rockefeller Foundation and Smart Growth America launched the National Opportunity Zones Academy, which will help the cities of Chicago; Miami; Pittsburgh; Seattle; and Norfolk, Virginia, attract socially responsible investment to their opportunity zones. The foundation will fund the academy with a $400K grant to Smart Growth America. An SGA team will work directly with each participating city.

A new report from CBRE shows Chicago is the nation’s third-largest flexible office space market. The market’s inventory grew 958K SF to approximately 3.8M SF in the 12 months prior to the end of this year’s second quarter, putting it behind only Manhattan (15M SF) and Los Angeles (5.4M SF). Flexible space now accounts for 1.6% of Chicago’s total office inventory, up from 1.2% a year ago. Still, that ratio comes in below the U.S. average of 1.8%.