The obsolescence of so many suburban office buildings, along with the tremendous demand for old industrial loft-style spaces, has made adaptive reuse a hot topic among commercial real estate professionals.

But it takes a lot more than tacking on amenities, especially with historic buildings that surrounding communities look upon as part of their heritage, panelists of Bisnow's Repositioning and Adaptive Reuse event Thursday said. 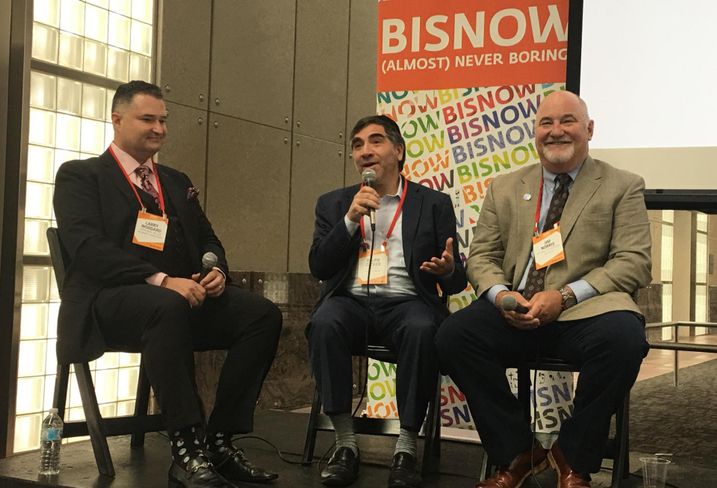 The Garver Feed Mill on the east side of Madison, Wisconsin, had sat derelict for nearly two decades when Chicago-based Baum Revision bought it several years ago. The firm reopened the 60K SF facility in July, but instead of simply cleaning it out and putting in more modern features, Baum also spent time carefully recruiting a tenant roster.

The company now has contracts with 11 local businesses, including a coffee roaster, florist, vegan café and others that that will preserve the former feed mill’s history as a center for food production, principal David Baum said.

“They make up the secret sauce of a great historic building.”

And not every building is appropriate for such a revival, he added.

“What I’m looking for in every project is natural light. If it doesn’t have it, I’m not interested.”

More than 300 traveled out to Somerset Development’s Bell Works Chicagoland complex in suburban Hoffman Estates, the former AT&T campus about 30 miles northwest of Chicago, for the event Thursday.

AT&T’s former home was uniquely suitable to host the event, according to Somerset President Ralph Zucker, as it illustrates the potential of the 1980s-era office campus, properties generally thought of as dead zones.

“We were told that all life is leaving the suburbs and going to the metropolis, and we know that’s not true,” he said.

Somerset has already completed the transformation of a similar property in suburban New Jersey, the 2M SF former Bell Labs, into a mixed-use complex.

The developer found that many companies want suburban office spaces convenient for their employees, many with families, that choose suburban lifestyles. In addition, the developer packed it with amenities for daily users and the surrounding community, including cafes, spaces for public events such as farmers’ markets and a local public library.

That is the plan for Bell Works Chicagoland.

Instead of a relatively antiseptic campus devoted to one user and closed to the public, Somerset and its team plan to recreate in miniature the active street life people have become accustomed to in trendy city neighborhoods.

“It’s going to be a little bit of urbanity in the suburbs, an attractive place where you could spend the whole day,” architect Dirk Lohan said. The Wight & Co. principal designed the original structure, and Somerset brought him back to help reimagine the space.

“We’re going to open this building to the public, and make it Main Street, U.S.A.,” Zucker said. 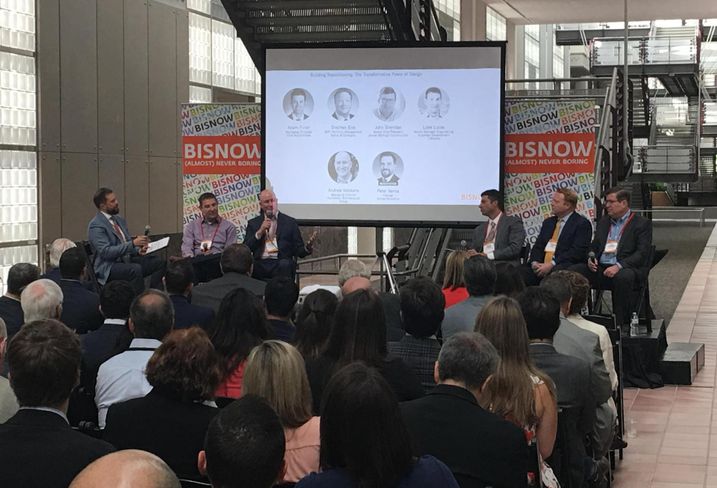 One thing stressed by all of the panelists was that suitable buildings need qualities that set them apart, whether by location, or in their original design.

Lohan said Hoffman Estates’ old AT&T complex, first built for Ameritech, was unusual for a 1980s-era campus. Unlike most, the interior is lit by skylights, and wide, pedestrian walkways give it the feel of a small village.

At first, the innovative structure seemed unlikely to get built, after the initial meeting with Ameritech’s boss did not go well.

“I was waxing eloquently about the need for workers to have natural light, and he interrupted me to say, ‘Mr. Lohan we don’t believe in that.’”

“I thought I blew it, but a few days later, he called and gave me the job.”

The result is a space where employees or visitors on the interior have as much light as those along the perimeter. Without that feature, it probably would have remained empty or underutilized, and perhaps headed for demolition, Lohan said. 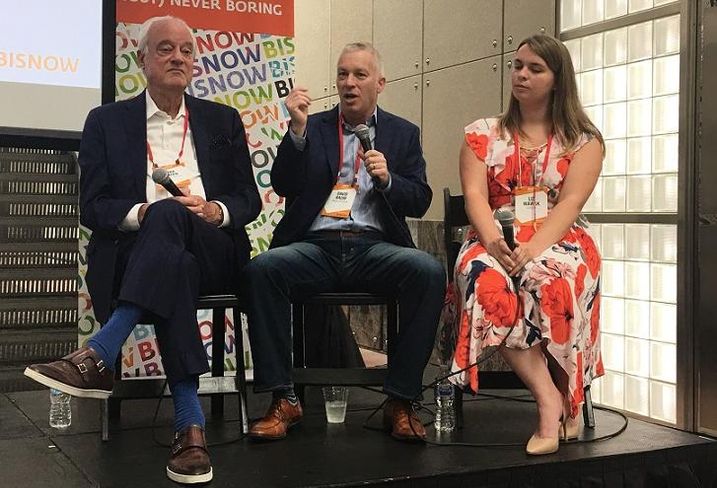 Adam Firsel, managing principal of Core Acquisitions, a firm that specializes in repositioning obsolete retail, also advises anyone interested in launching an adaptive reuse project to take great care in choosing a site. With brick-and-mortar stores getting eviscerated by e-commerce competition, there is no shortage of retail properties that need help.

But Firsel said Core prefers well-located properties in affluent areas, especially if they have unique architectural features that make it easier to transform them into community gathering spaces, instead of isolated shopping centers.

Along with Edwards Realty Co., early this year the company purchased Burr Ridge Village Center in suburban Burr Ridge for just $15M, or $70M below the center's original construction cost. Although the center had hit some rough patches, it also already had outdoor furniture, a water fountain and a village green with a performing arts stage. The partners say they aim to transform it into village center with a downtown atmosphere.

"You've got to be cutting-edge on your design and your amenities," Firsel said. 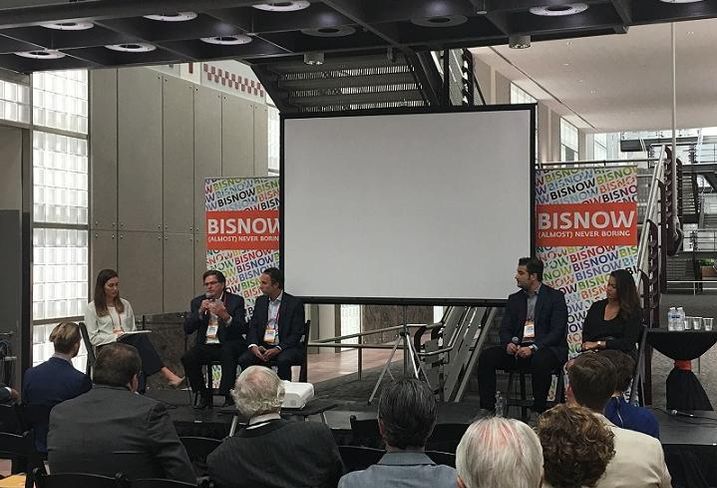 "You've got to stand out from the crowd," Golub & Co. Senior Vice President Stephen Sise said.

That is especially important when taking over properties that most people had started to see as bland.

Golub & Co. bought Oak Brook Executive Plaza in 2014, a pair of identical 11-story office towers, alongside a smaller structure, with a total of 400K SF, and even though it looked like a typical 1970s-era complex, Sise said company officials saw something more.

"We said, 'this is one of the best-located offices in the suburbs, so of course we want to invest there.'"

Golub renamed it Oak Brook 22 and added a Michael Jordan's Restaurant, as well as a suite of amenities, including a new fitness center, conference facilities and a WiFi lounge.

All those features are becoming standard for any Class-A development, but Sise says today's tenants now want more. Most want spaces that are lively beyond working hours, so the repositioning of Oak Brook 22 included the sponsoring of concerts, arts festivals and happy hours.

"The question people ask is, 'what's happening on Friday nights in the summer?'"

He worked with Golub & Co. on the redevelopment of 300 South Wacker, a 36-story tower in the West Loop that Golub bought for $155M in 2017. Although some of the needed changes were obvious, such as giving the lobby more of a hotel-like feel and taking out its cold marble in favor of warmer materials such as wood and stone, 30 days of due diligence wasn't enough to finalize a strategy.

Plans continued to evolve, and Golub eventually decided to change the offices occupied by a ground-floor tenant into a lounge, and use the newly refurbished lobby as a gateway to this space.

"Whenever you visit that space today, it's being occupied and used," Volckens said.