Waterton Residential just made history. Its 2,346-unit Presidential Towers in the West Loop is now the largest rental property in Chicago to be 100% smoke-free. 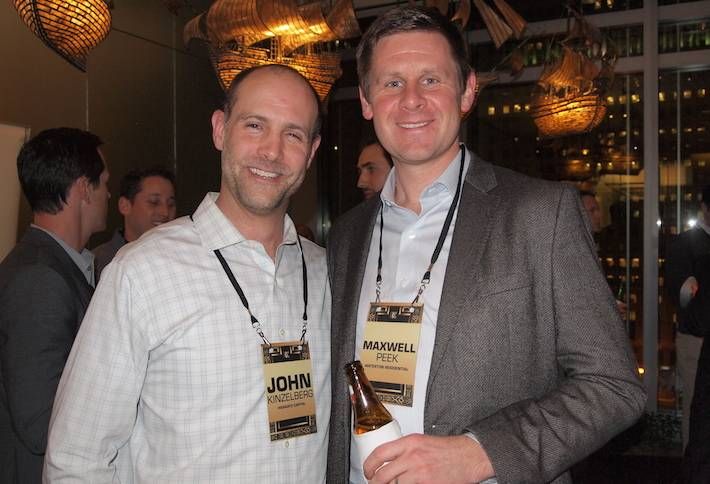 The announcement comes a year after Waterton added a non-smoking clause to all new leases, which earned Presidential Towers an award from the American Lung Association in Greater Chicago and helped the building achieve LEED-EB Silver certification. The property will host the association's annual “Fight for Air Climb” on March 8. We recently caught up with Waterton Associates’ Max Peek (right), snapped with Highgate Capital Group’s John Kinzelberg (a Waterton alum) at an invite-only Bisnow event for up-and-coming real estate all-stars. Max tells us the rental giant is finishing fundraising for its latest value-add fund. Capital markets are aggressive these days on both the debt and equity front, Max says, but fundamentals in most markets around the country are supporting current pricing. Outside of the office, he’s been skiing in Deer Valley, gearing up for a Morocco climbing trip with other real estate folks in May and prepping his Badgers for another NCAA tourney run. 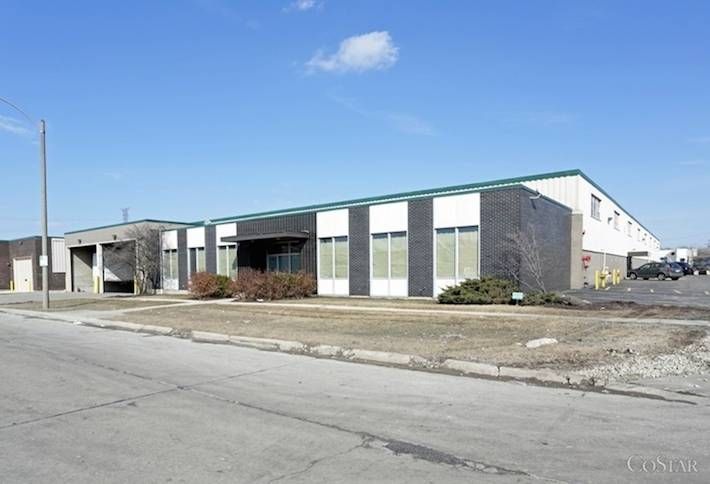 Entre Commercial Realty’s John Gazzola and Mike Gazzola repped Jimenus in the acquisition of 727 Larch Ave (above), a 40k SF property in Elmhurst, for more than $2M. The firm is using the space for warehouse/manufacturing in response to an expansion in its business, which was located at 220 Gateway Dr in Bensenville. Nicolson, Porter & List’s Mark Barbato repped the seller.

Kiser Group senior managing directors Bill Baumann and Mike Anguiano repped both sides in the $8.3M sale of 3634-48 and 3637-47 W Montrose in Albany Park. Built in 2011, the buildings total 39 units, each offering two bedrooms and two bathrooms. Each building includes garage parking and a rooftop deck.

A 24k SF retail building sold at 5742 Northridge Dr in Gurnee. The property was previously operating as Gurnee Antique Center and will be relaunched as Gurnee Antique Market. The building and business sold for $1.2M. Dennis Arndt, Paul Cawthon and Angelo Labriola of SVN|Chicago Commercial repped the seller, a couple looking to relocate to Texas. The buyer, a local investor, plans many updates to the building.

Crossroads Development Partners closed on the purchase of 22k SF of vacant land at 5970 N Ridge Ave in Edgewater. The parcel was the former home of Carson’s Ribs, which closed in 2005. XRD recently completed three other single-user developments in the area, including a Walgreens, LA Fitness and Physicians Immediate Care.

Panasonic Corp of North America signed a long-term lease for 49k SF at the 911k SF Continental Towers in Rolling Meadows, owned by GlenStar Properties. The office will serve as the firm’s Midwest regional HQ and it will take the entire 11th and 12th floors of Tower 3 when the lease commences in June. NGKF’s Mitch Loveman and Kevin Duckler repped Panasonic. GlenStar’s Dave Trumpy and Bill Debb repped ownership. GlenStar recently completed the first phase of a two-phase, $12M capital improvement plan at the property.

At the 130k SF Woodfield Corners, 1300 E Woodfield Rd in Schaumburg, Crossroads Development Partners leased 2,608 SF to Opus Software and entered into a lease renewal with Bank of America for 3,444 SF, bringing the property to 94% occupancy. XRD also agreed to a 12k SF long-term lease with Conestoga-Rovers & Associates at 6400 Shafer Ct in Rosemont, which is currently undergoing renovations. In Northbrook, KRD entered into a lease with one of the largest franchisees of Dunkin’ Donuts stores in the Chicago area for a new store at Dundee and Pfingsten (with construction beginning this year).

Hilton Worldwide added Oxford Capital Group’s LondonHouse to Curio – A Collection by Hilton. The hotel will be located in the historic London Guarantee Building, 360 N Michigan (above), and a new 22-story architecturally synchronized Modernist glass tower. The lifestyle hotel, opening in spring 2016, will feature 452 rooms, 25k SF of meeting and pre-function space, a spa and fitness center, and two floors of upscale retail. The hotel’s name is a nod to the building’s name, as well as the renowned jazz club, London House, once located inside. The refurbished cupola at the top of the building will be part of Chicago’s only tri-level hotel rooftop. As a member of the Hilton portfolio, the hotel will offer guests the benefits of the Hilton HHonors guest-loyalty program.

Draper & Kramer announced the opening of a 40k SF LA Fitness in the Lake Meadows Shopping Center at East 35th Street and MLK Drive in Bronzeville. Lake Meadows will ultimately include up to 7,800 residences and more than 1M SF of retail and commercial space. Construction financing was provided by Urban Partnership Bank, represented by senior business banker Marcia Nicholson. GC services were provided by Ujamaa Construction. DK Mallon, a D&K company, is the exclusive management and leasing agent for the shopping center and Mid-America Real Estate Group’s Greg Bayer and Dan Tausk repped LA Fitness.

Tim Henry joined Avison Young as principal, providing retail advisory services to local and global clients. He was most recently SVP with SRS Real Estate. The 25-year industry vet has completed more than 250 deals on behalf of retailers, corporations, REITs, IT professionals and branded manufacturers. Tim holds a BA in economics and history from Denison University.

Essex Realty Group is celebrating its 25th anniversary. According to CoStar, it’s the leading mid-market multifamily brokerage in Chicago, having completed 25% of all deals ($1M to $30M) in 2014. President Doug Imber attributes that success to a nimble staff that quickly adapted to serving lenders during the downturn, then serving private capital once the market recovered.

NGKF senior managing director Elise Couston was awarded the 2014 Largest Land Transaction with a Platinum Sponsor award from the SIOR Chicago chapter. Elise received the award for her representation of longtime client Liberty Property Trust in the sale of 52 acres in Minooka to WW Grainger, which plans to build a second distribution center. A 32-year industry vet, Elise recently finished her term as 2014 SIOR Chicago chapter president.

BOMA Chicago awarded The Chicago Board of Trade Building “The Outstanding Building of the Year TOBY” for “Renovated Building” at the 2015 TOBY/Gold Circle Awards Gala. The building now moves on to compete against local winners across the Midwest at the North Central Regional TOBY Awards this month. The CBOT Building was designated a BOMA 360 Performance Building in January 2014.