The Walsh Administration hopes to kick-start its new $21B multifamily development program with construction starts next spring, housing chief Sheila Dillon tells us. Mayor Walsh hopes this push will accelerate the production of the mid-market housing that Boston needs to keep the economy growing through 2030. 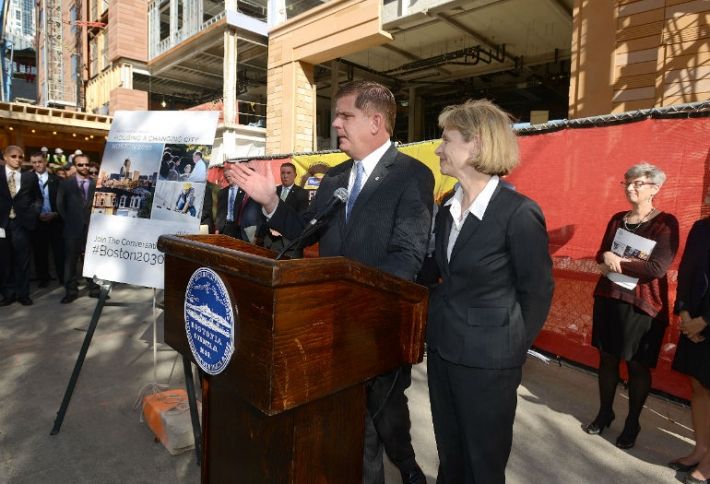 Lower-cost city-owned land, financial incentives, and tax breaks are some elements of the plan to attract private developers to fill the void in moderate and low-cost housing production that's endangering the region’s economic and real estate boom, she says. Likely target neighborhoods have mass transit access and low enough land costs to produce workforce and mixed-income housing. Eager developers are contacting Shelia for details, she tells us. 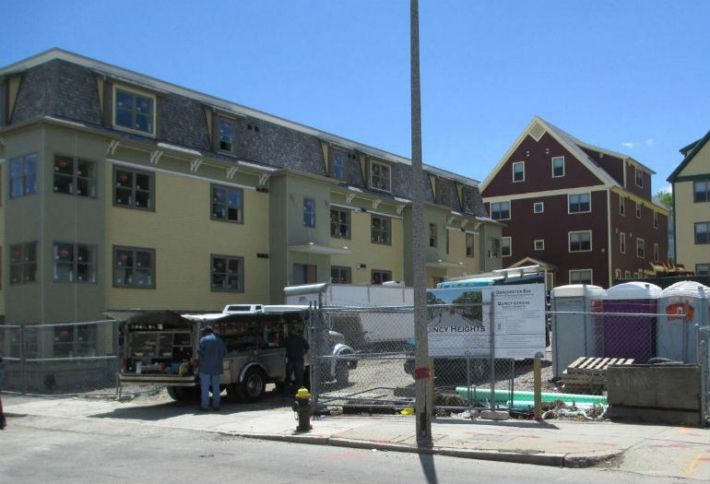 The Walsh proposal includes: up to five years per project of tax relief; zoning changes that increase allowable density and changes of use; the contribution of 300 city-owned parcels of land at low or no cost. Many such land parcels are in Dorchester, Roxbury, and Mattapan and to a lesser extent, East Boston. Also, likely candidates are sites near T-stops that are now zoned only for industrial uses. Building low-rise wood frame houses over concrete block foundations is another element of the strategy that may reduce development costs. 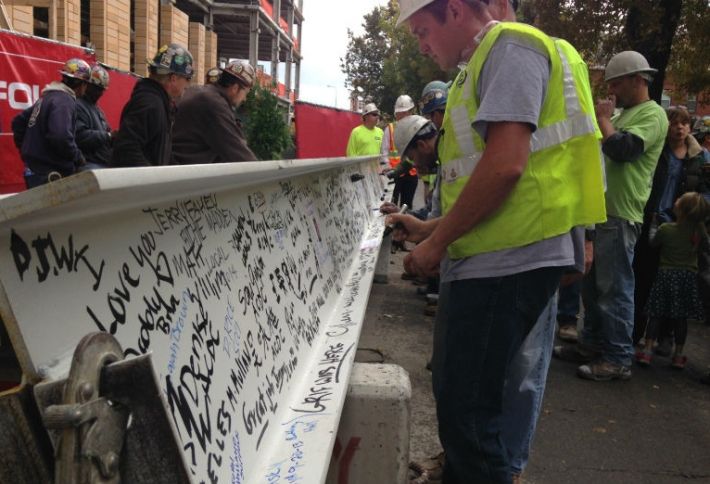 New Boston Fund and the Asian Community Development Corp topped off of the $170M One Greenway, a 363-unit mixed-income development in Chinatown neighborhood. Suffolk Construction is the GM. This project has more affordable units—40%—than any of the new projects being built downtown. It also has 135 garage parking spaces, a third of an acre of open space, and 8,500 SF of retail and community space.

The Community Builders is doing the final phase renovations at the 145-unit Mashpee Village, the largest affordable housing community on Cape Cod. The closing of $21M in MassHousing loans recently cleared the way for the work on 110 apartments in 14 garden-style, wood-frame buildings and construction of a wastewater treatment plant. Other renovations include: replacement of kitchens and bathrooms, upgrading handicapped access, installation of new roofs and sprinkler systems, enhanced landscaping and walkways, and street and parking lot repaving.

Premier Fence and 1010 Turnpike are building a factory, office, and showroom off of Rte 138 in Canton. In the project, they’re using $3.6M in tax-exempt and taxable bonds issued by MassDevelopment and purchased by Webster Bank. 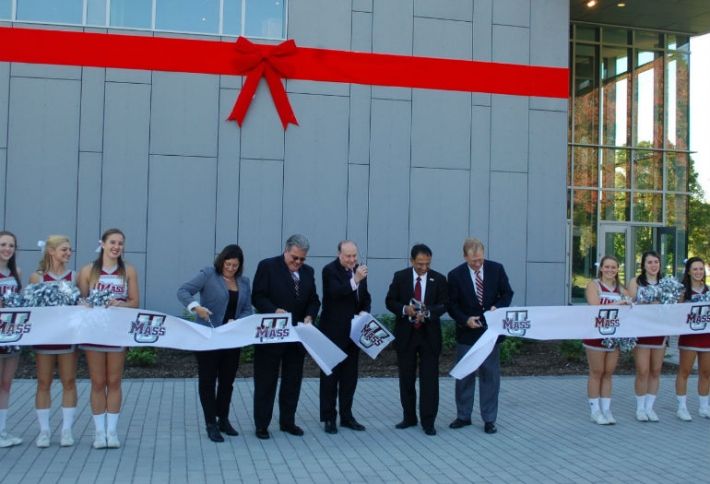 Underwater robot manufacturer Hydroid recently completed construction of a 40k SF state-of-the-art manufacturing and applied research facility in Pocasset. The building, where Hydroid will consolidate operations from five buildings into one, includes a 20-foot testing pool and a 6,000 meter rated hyperbaric test chamber. By next fall, the company hopes to complete construction on an adjacent 15k SF office building.

29 Hudson Rd has completed the renovation of the long-vacant Village Green into the 41k SF Sudbury Town Square (now 66% leased) in the ‘burb of the same name. It expanded the office, retail, restaurant complex that it bought for $1.65M by adding a third floor. It installed: new windows, siding, seismic bracing, new base building systems; a new entrance, stairwells and elevator. The development team: Vantage Builders, Maugel Architects and Parsons Commercial for leasing. 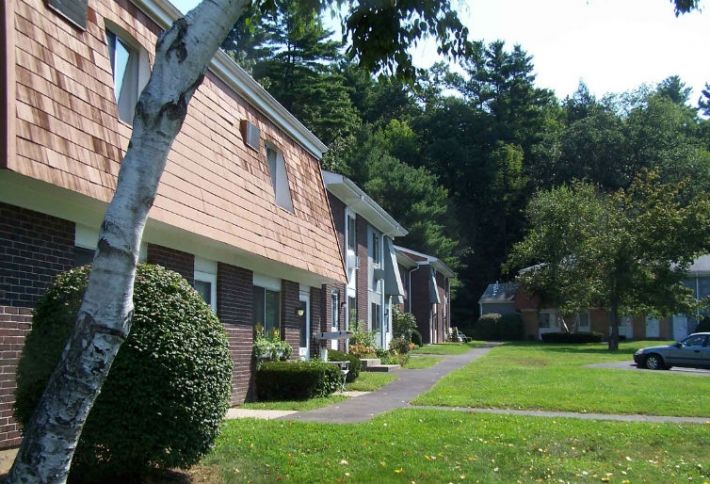 An affiliate of Beacon Communities paid Equity Residential $30M for Rolling Green Apartments, east of downtown Amherst and the UMass Amherst campus on Rte 9. CBRE/NE’s Simon Butler and Biria St John repped the seller and found the buyer of the garden-style apartment community.

Thanks to its accessability to the Blue Line and Revere Beach, Marcus and Millichap’s Evan Griffith repped the private sale of 39 Wave Ave in Revere for $595k. Built in 1920, the property has six large one-bedroom apartments.

Boston International is taking 110k SF of industrial and flex/office space at 210 Grove St in Franklin, a property owned in a JV of Calare and The Grossman Cos. Newark Grubb Knight Frank repped the tenant and CBRE repped the ownership, which is doing extensive renovations. 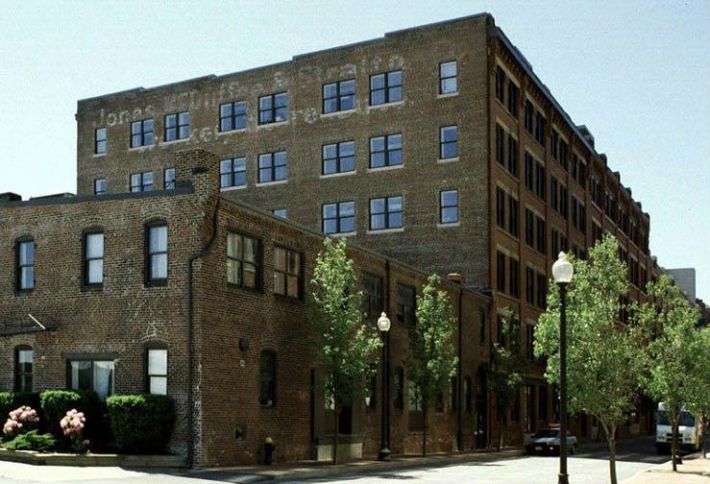 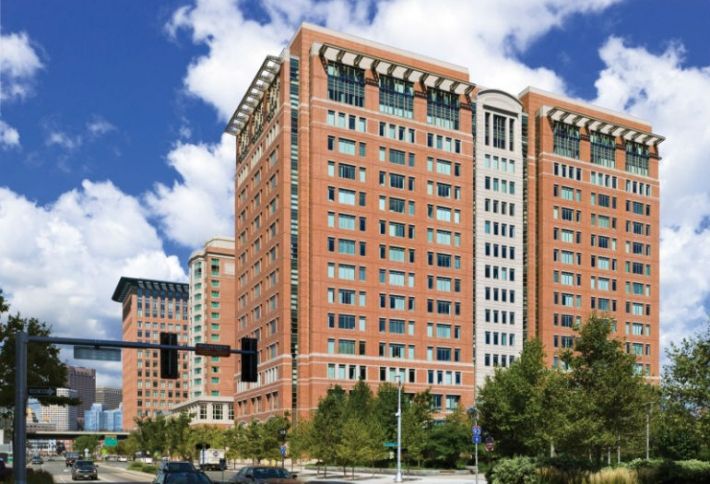