How Workbar Plans To Profit From Blurring The Work-Life Balance

With its newest location in Back Bay, Boston-based Workbar is moving ahead with growth plans that cement it as a formidable local co-working force. 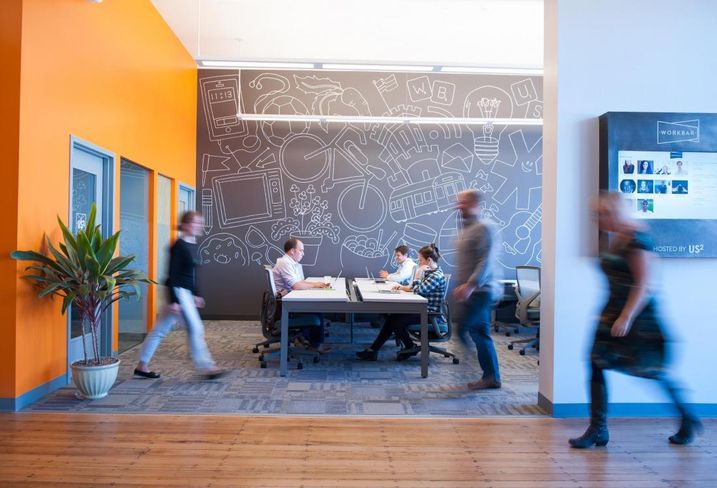 The 12K SF location at 399 Boylston St. opened Jan. 2 and will be home to the Techstars Autonomous Technology Accelerator with the U.S. Air Force. It follows the company’s “neighborhood approach,” which divides each location into four quadrants for different work styles. Take calls while in “The Switchboard” and make deadlines in the quiet of “The Study.”

“In the work world to me, you’ve got to embrace more of a blur [with life] than a balance,” Workbar CEO Bill Jacobson said.

The branch was built for WELL Certification, a health and wellness guide for workspaces. While its giant competitor, WeWork, largely sticks to urban locations like Back Bay, Workbars are also found in the suburbs, which Jacobson attributes to wanting to establish professional workspaces closer to where people live.

Workbar launched in 2009 and has grown to eight locations in Greater Boston, including its latest outpost in Back Bay. In 2016, Workbar partnered with Staples to incorporate Workbars inside three suburban branches of the office supply chain.

WeWork made a similar deal with Lord & Taylor's parent company, Hudson's Bay Cos., when it bought the Lord & Taylor Manhattan flagship for $850M. The deal includes converting the upper floors of several of Hudson's Bay department stores into WeWork co-working locations.

Some might question how feasible it is to locate a co-working space inside a big-box store, but SVN International Corp. Chief Operating Officer Diane Danielson said it should be viewed as logical retail progression.

“We’ve seen box-in-a-box retail like stores within department stores,” she said. “When you look at it that way, it’s not abnormal.” 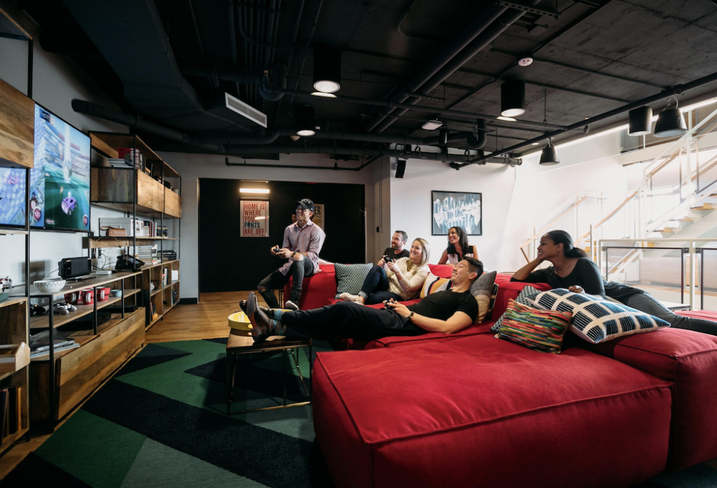 Danielson detailed how work is moving beyond central business districts into all aspects of life in the January report, “2018: The Year Of Work-Life Symbiosis.” From transit-oriented development to WeLive, WeWork’s co-living concept, employment has not been segregated from one’s outside life for years.

“We’ve moved from work-life balance, to work-life blend and are headed to full-blown work-life symbiosis,” Danielson said. “This means designing the built environment around how people live and work today.”

Workbar sees merit to Danielson’s idea and is growing both in Boston and outside the country. It was announced in November that Apamanshop Holdings, a company that owns several co-working operators in Japan, had invested in Workbar.

Jacobson told the Boston Globe the company was looking for a second U.S. city to potentially expand. The Japanese partnership could lead to opening overseas locations as well as technology to apply to numerous countries and their corporate cultures. 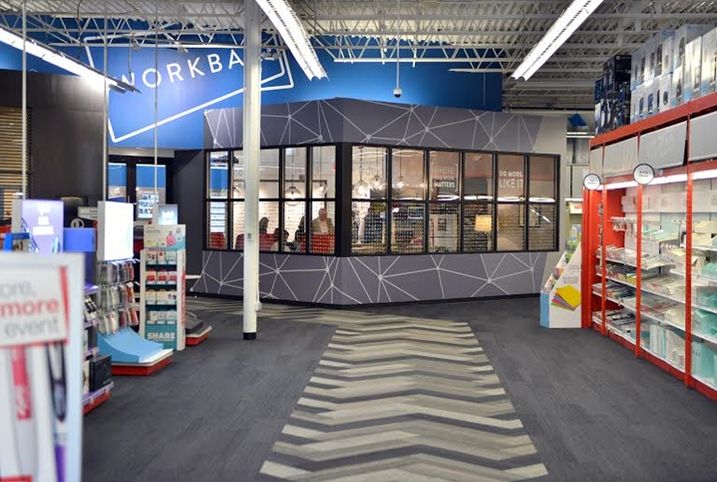 Within Boston, the convenience to Staples’ office necessities and services make it a logical fit, according to Danielson. It also helps bring the company to smaller suburban locations that are not on WeWork’s radar. Even in non-Staples locations, the company’s smaller footprint, typically between 6K SF and 15K SF, affords it the ability to look at a larger variety of locations.

Even Workbar’s urban locations tend to cap at 15K SF, but Jacobson does not expect the company to ever stray from its size guidelines.

“We’ve come up with the co-working nerve center,” Jacobson said. “We stick with the upper bounds of 15K SF because on any given day, there will be 100 to 150 people. Beyond that, you break down the community side of it.”

CORRECTION: JAN. 17, 9:00 A.M. EST: A previous version of this story incorrectly identified the investor in the Workbar-Apamanshop Holdings deal. This story has been updated.