The Seaport Is Changing, But Massport Wants To Make Sure Maritime Uses Never Leave

One of the Seaport’s biggest landowners relies on maritime uses to fund its operations beyond the waterfront. But developers concede it isn’t always easy to maintain longtime tenants in a costly market like Boston. 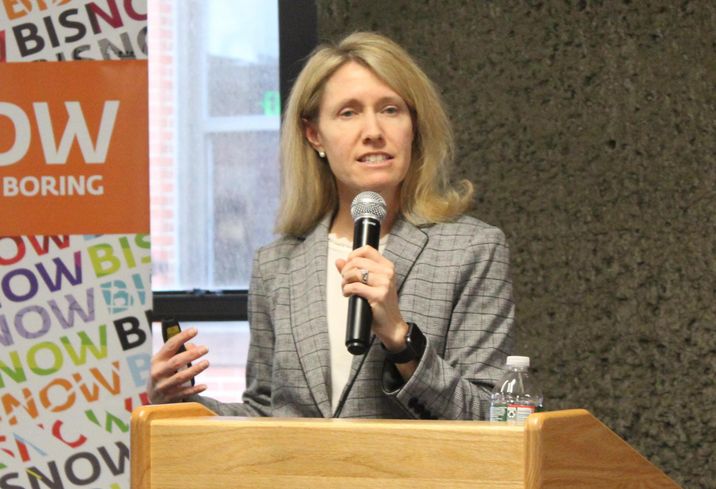 Boston’s Seaport district has transformed in the ongoing development cycle, with 4M SF of ground-up construction delivering since 2010, according to Newmark Knight Frank. Law firms, technology companies, financial service institutions and life sciences companies have all moved into the neighborhood.

The interest is driving developers to expand to areas like the A Street corridor and the neighborhood’s eastern edge, but the Massachusetts Port Authority’s chief executive says the neighborhood needs to build on its industrial and seafood foundation.

“It has always been a part of our mission to support our business activities in aviation and maritime, but we also support a civic mission,” Massport CEO Lisa Wieland said Thursday at Bisnow’s Fort Point & The Future of the Seaport event. “We believe our maritime portfolio and all our industrial businesses can coexist successfully with all the commercial real estate development in South Boston.” 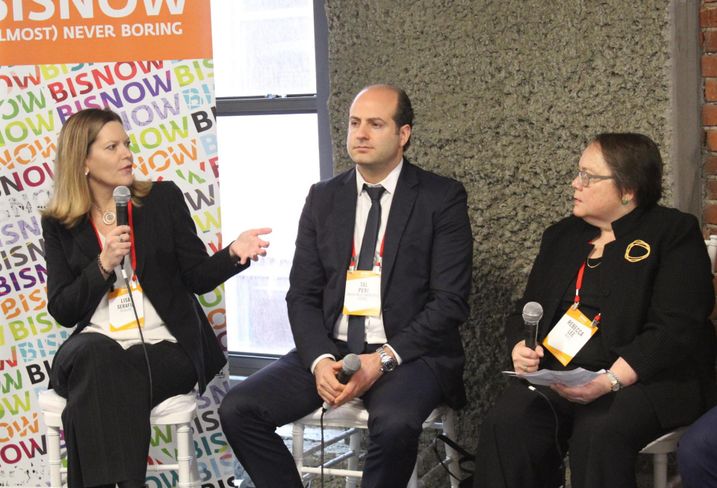 Massport owns about 400 acres of land in South Boston and frequently ground leases the properties out to private developers, including at Liberty Wharf, the Seaport Boston World Trade Center and at 601 Congress St., John Hancock’s former headquarters. But the agency continues to invest in many of its maritime use properties like at the Boston Fish Pier and the Flynn Cruiseport Boston.

Massport has a $22B economic impact and $8.2B of that comes from maritime uses, according to the agency. The Boston Fish Pier is fully leased, and Massport is exploring additional maritime-related development at the Massport Marine Terminal. Growing the neighborhood’s maritime and freight sector is critical in expanding other sectors of the regional economy, Wieland said.

“One of the questions I’m asked most frequently is ‘What is the next nonstop international flight out of Logan?’” she added. “Those services work, in part, because of what flies in the belly of the plane. Those services are profitable because seafood is a big commodity that is flown in and out of Logan Airport. It is important these businesses continue to grow and thrive.” 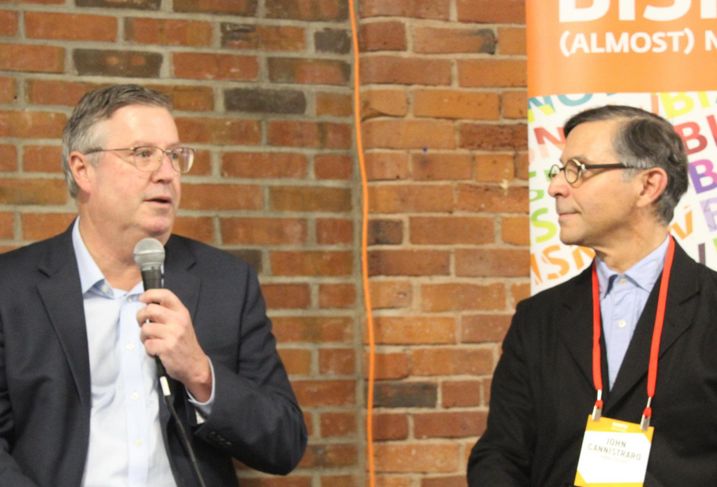 Wieland’s call for the importance of a diversified economy echo analysts’ continued sentiment that what keeps Boston’s development boom secure is its variety of growing industries. The market may be rooted in higher education and healthcare, but Boston also counts the technology, life sciences and financial services sectors as foundations to its economy.

But developers in the Seaport say, given where high labor and construction costs are pushing real estate prices, there are only a select few tenant types that can afford to be in the neighborhood.

“The one thing that’s going to be interesting to see over time is rents have grown, but there seems to be a gap between what life science companies can pay and what an office user will pay,” said Union Investment Real Estate Head of U.S., East Coast and Latin America Tal Peri, whose firm bought 101 Seaport in 2016 for $452M. “It will be interesting to see how that gap develops.” 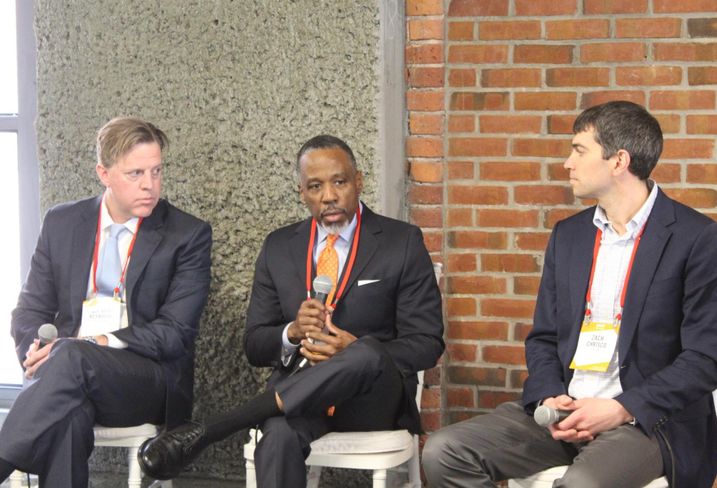 Office tenants like Amazon, Goodwin, PwC and Boston Consulting Group have moved into the Seaport. But Seaport developers and landlords are increasingly pivoting planned developments from office to lab uses.

Foundation Medicine is expected to move into WS Development’s 400 Summer St. by 2023, and Vertex Pharmaceuticals is expanding to Innovation Square. Nan Fung Life Sciences Real Estate bought an office building at 51 Sleeper St. in late January, and it is expected the company will convert the property to a life sciences use.

“I would never pigeonhole this market as only being about life sciences,” Cushman & Wakefield Executive Director Tom O’Regan said. “But there’s no doubt the demand is here from life sciences companies. There’s no questioning the lack of vacancy in Cambridge.” 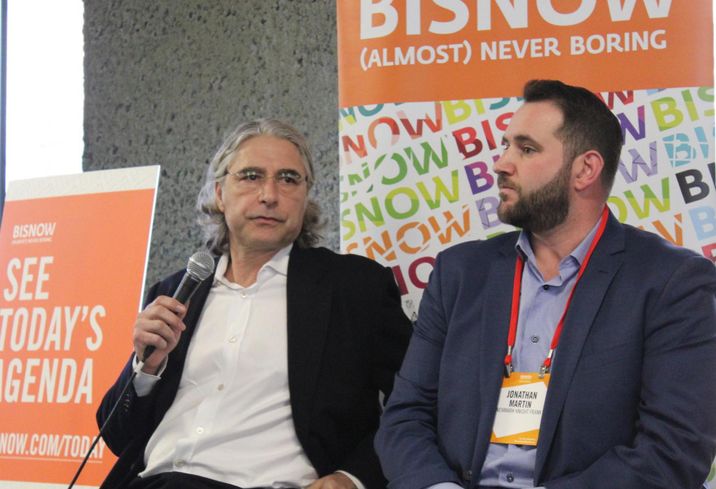 Given where construction costs are in Boston, deep-pocketed life sciences companies may be among the few tenants that can afford to expand into new developments in the urban core. Intercontinental Real Estate Corp. is developing a 400-room dual-brand hotel at 660 Summer St., but it cost nearly $200/SF more to build as a similar project in Chicago, Intercontinental CEO Peter Palandjian said.

“Boston has among the highest construction costs in the country, and that’s going to begin to choke the backlog,” he said.

Developers and brokers said Thursday there are continued calls to make the Seaport feel like more of a neighborhood, with improved civic services and retail on the ground level and a diverse mix of residents and office and lab users upstairs. But they said addressing the high development costs in Boston is the only way to produce the tenant diversity neighborhood advocates want to see.

“Under this cost structure, how do you develop an overall project that isn’t constrained of the highest rent-paying tenant or owner because those are the only people who can afford the construction costs?” The Davis Cos. Managing Director Quentin Davis asked. “That’s a thorny issue we’ll have to figure out.”