Boston continues to see a booming wave of construction, but one type of project is difficult for developers to push across the starting line. 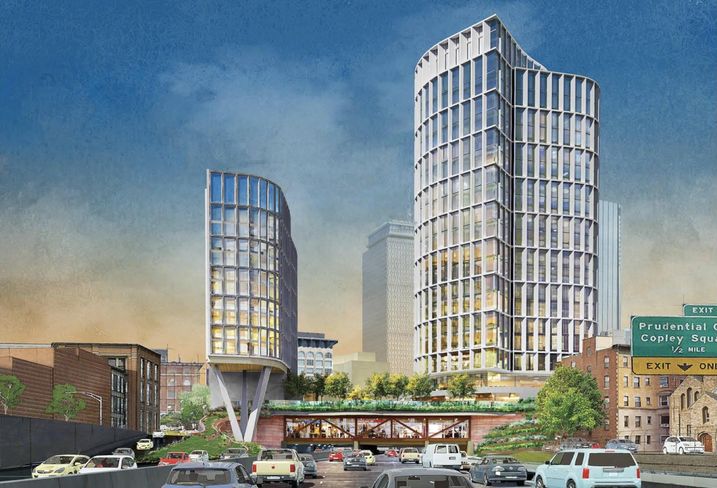 Air rights over the Massachusetts Turnpike can give developers an opportunity to build projects through the heart of the city and link neighborhoods like the South End, Back Bay and Fenway. But a successful air rights project hasn’t been built in Boston since the Copley Place mall in the 1980s.

The Boston Planning & Development Agency Thursday approved Samuels & Associates’ planned air rights mixed-use project at Parcel 12 over the Pike in Back Bay, but development firm Weiner Ventures announced a day later it was canceling plans for a 484-foot air rights tower around the corner from the Samuels site at 1000 Boylston St.

The cancellation comes more than nine years after the Columbus Center air rights plan was called off near Back Bay Station and three years after Simon Property Group canceled plans for a 625-foot tower above Copley Place.

“I understand developers getting frustrated and calling it a day. Public-private partnerships like these are always complicated,” The Peebles Corp. Chairman and CEO Don Peebles said. “When there’s one agency involved, those are complicated enough. With these air rights development sites, it becomes more complicated because there are multiple agencies involved.” 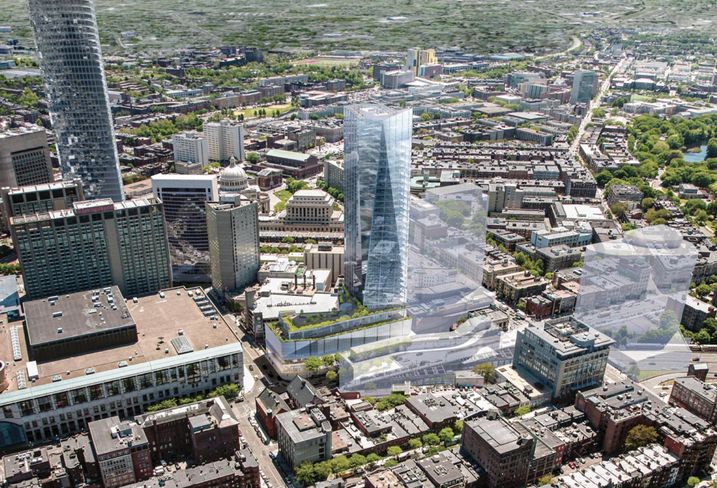 The Peebles Corp. is five years into plans for the Viola, a 400K SF mixed-use project planned for Parcel 13 between the Samuels’ and Weiner Ventures air rights areas, but the project has yet to materialize.

A little to the west, Gerding Edlen, Meredith Management and TH Real Estate are underway with the first phase of the Fenway Center, but have pushed the air rights component of that long-awaited project to a later phase.

Simon Property Group blamed its Copley Place tower cancellation in 2016 on rising construction costs and fear there were too many luxury condos in Boston’s development pipeline. Weiner Ventures said it was a “combination of factors” that led the developer to cancel 1000 Boylston.

Peebles remains confident in Boston’s ability to handle more development and says the slow rate of progress on the Viola is because of multiple government agencies involved with a variety of goals. Along with the normal city design and review process, the Viola and the nearby air rights projects also must involve the Massachusetts Department of Transportation and MBTA due to their location over the highway and active train tracks.

Plans for the Viola and Parcel 12 both include improvements and new access to the Hynes MBTA station. 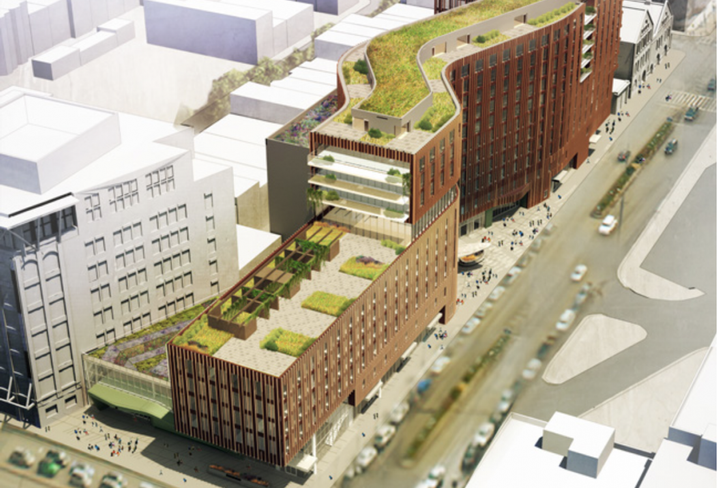 Developers particularly crave urgency today due to the rising costs of construction, which have increased by about 6% to 8% annually in Boston.

The Columbus Center was plagued by a drawn out planning and approvals process that took the project, first pitched in 1997, through the last downturn. By then, the cost of decking over the Mass. Pike was increasing during a softening construction and development market, according to Boston College professor and real estate development and finance specialist Edward Chazen.

“It’s not only the construction costs but the delay in getting the project built because of the unavailability of skilled labor to build a project,” Chazen said. “It’s just taking longer to bid projects out.”

Massachusetts has one of the worst construction shortages in the U.S. and the labor pool is older, with less than 10% of construction jobs in the state last year belonging to someone under the age of 25.

Demand from private developers, universities and hospitals for an array of projects — often less complicated than an air rights project — also lure away the kind of highly skilled labor needed to execute a decking project over a highway and railway that can’t shut down for construction.

The time spent trying to track down labor eats into profits. While he didn’t know the specifics on the decision to pull the plug on 1000 Boylston, Chazen said developers typically look for a net operating income more than 6.5% for rental properties and yields of at least 20% on the costs for a condo development.

An air rights development, where land has to essentially be manufactured with a complicated deck over the land below, can cause costs to escalate and these return targets to be lower. If the estimated yields gets much lower than the preferred target, developers may decide it isn’t worth the headache.

“You build anticipating future demand, and it could easily take three years of construction for an air rights project,” Chazen said. “What if they finish and we’re in the middle of a recession? That’s where they get trapped.”

Samuels & Associates has repeatedly claimed it is poised to move ahead with its project quickly, with a groundbreaking planned for early next year. Abe Menzin, a vice president of development with the firm, told Bisnow in November the developer was “feeling good with the technical side of things.”

“On a parallel track to the BPDA process, the Samuels team has been working closely with MassDOT on overall planning, engineering, construction and design documents,” the firm wrote in a statement to Bisnow Tuesday. “The project location, which is almost evenly split between terra firma and air rights, gives us a good foundation to work with in creating a workable construction and design plan.”

Across Massachusetts Avenue, Peebles remains optimistic and said he hopes to begin a land use process later this year and make final adjustments to the design next year.

“Hopefully, we’ll get to a place where the deal gets done,” he said. His firm recently backed away from a long-promised luxury hotel public-private partnership in Washington, D.C.

“These public-private partnerships are not like fine wine where it gets better with time. These deals get more difficult with time.”