Massachusetts Unemployment Up, But Is That Bad?

Rising unemployment and a slow second quarter have given analysts reason to wonder how much gas is left in Greater Boston’s economic tank. 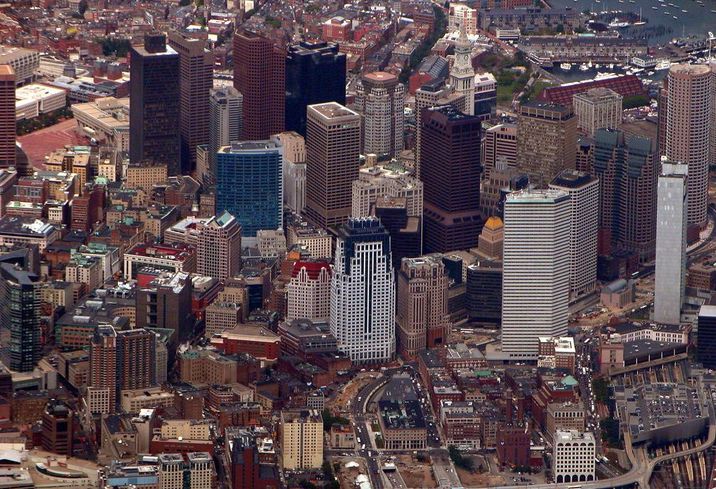 “A lot of people are waiting to see what will happen,” NAI Hunneman Director of Research Liz Berthelette said. “It’s 50-50 as to whether 2018 is that turning point where we see recessionary conditions.”

A mergers and acquisitions boom shows no sign of slowing down, which could result in a reduction of Boston offices and put space on the market. Law firms and other large tenants have reduced their office footprints recently, according to NAI Hunneman’s Q2 2017 Metro Boston Market Report. K&L Gates and Locke Lord vacated more than 25K SF each in the downtown market. Nationally, the average law firm has reduced its office footprint by 22.2% in recent years. 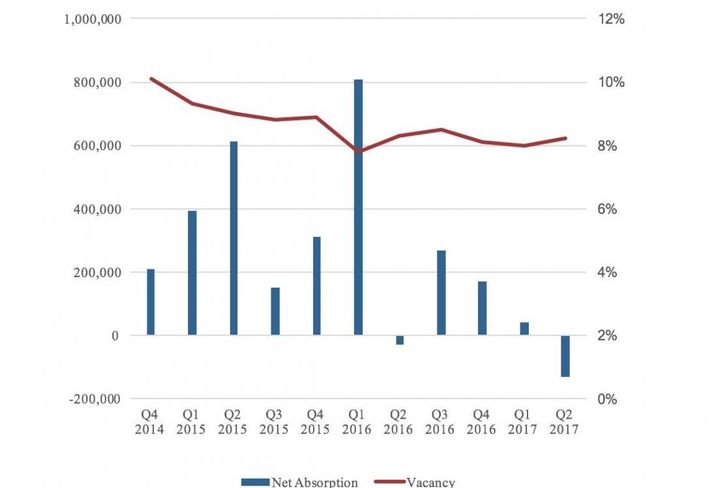 Despite the lagging quarter, it is hard to find anyone declaring it doomsday in Boston.

“At the macro level, you’re still seeing a strong economy and wage growth,” Berthelette said. “There are still legs left in this expansion.”

Subleasing, a leading indicator of prior downturns, has been on an upward trajectory, but it is nowhere near the levels of the dot-com bust or the 2009 recession.

“I don’t see alarm bells yet,” Berthelette said. “I don’t expect the next downturn to be as severe as the most recent recession.”

Even the rising unemployment figure is not of much concern to economists. 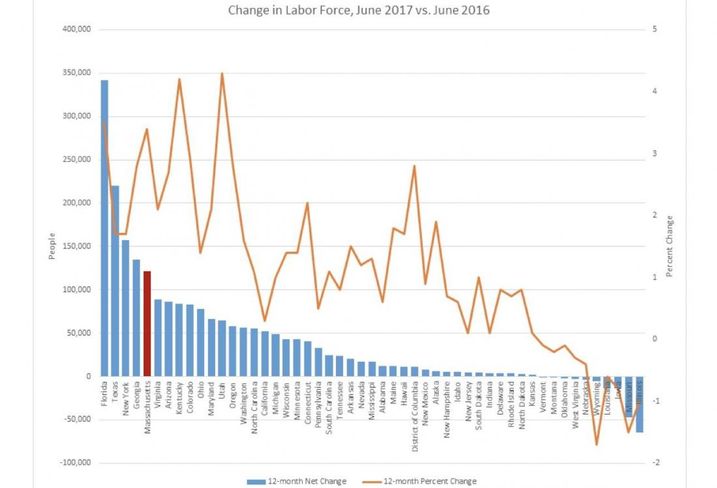 Courtesy of the UMass Donahue Institute
Change in the U.S. labor force (by state) from June 2016 to June 2017

“To give you some perspective on the labor force growth, only Florida, New York, Georgia and Texas — all far more populous states than Massachusetts — grew more in net terms between June 2016 and June 2017,” UMass Donahue Institute Senior Research Manager Branner Stewart said.

More than 121,000 people entered the Massachusetts job market in June 2017 than in the same month a year prior. Whether the people are employed or unemployed and actively looking for a job, Stewart said he is not surprised by the uptick in the unemployment rate.

“Over the remainder of the year, we will have to see the extent to which more of these people become employed,” he said.