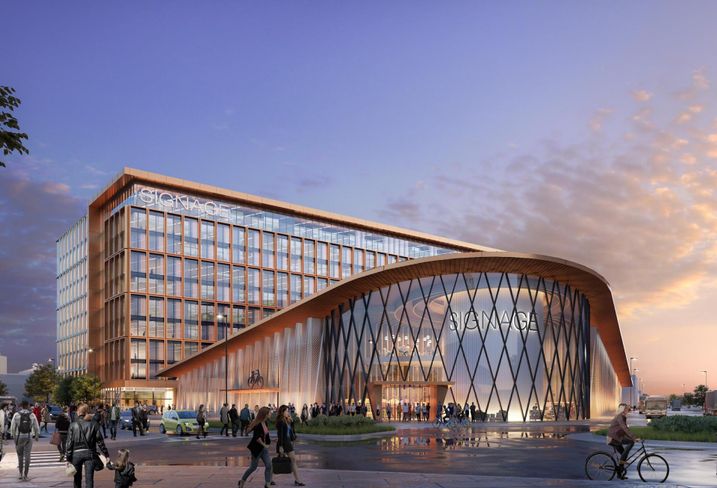 Handel Architects
Rendering of Cargo Ventures' July proposal for a 900K SF Seaport innovation campus. It has since shrunk the plans by more than half.

A development arm of Millennium Partners has formally notified Boston leaders of plans to bring a long-discussed innovation campus to an industrial stretch of the Seaport.

The proposal is smaller than a previously envisioned 2M SF campus and makes no mention of an aerial gondola network the developer pitched to run between the project and South Station.

The initial plan shrank after the developer failed to reach a deal with Stavis Seafoods, which would have moved to a different Cargo Ventures-owned property. While the aerial gondola has not been formally buried, the letter to the city makes no mention of it being featured in the plans.

“We believe in the power of innovation and see the burgeoning potential of this part of Boston,” Cargo Ventures CEO Jacob Citrin said in a prepared statement to Bisnow. “From upstart technology companies to cutting-edge biomedical firms to innovative commercial companies, the proposed campus will help make the advancing vision of the South Boston Waterfront come to life while supporting the diverse mission of the Raymond L. Flynn Marine Park.”

The Handel Architects-designed proposal will encompass the T and T-1 blocks of the Flynn Marine Park. It comes amid an active summer for Seaport development proposals.