The Top Real Estate Dynasties In Boston, Part I 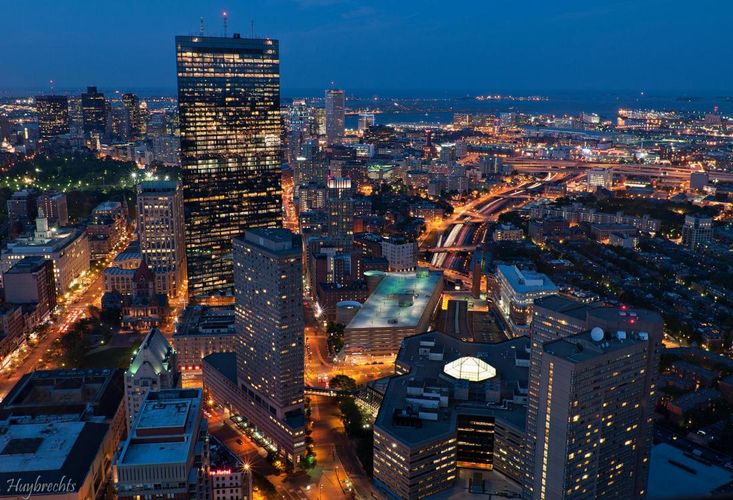 Devotion and drive are just as important as dollars in this town, and a select few have emerged as rulers of CRE. The Hub of the Universe is home to several families that have shaped the skyline and are notably behind all the cranes popping up as of late. From Dudley Square revitalization to retail royalty, here are a few of Boston's real estate dynasties. 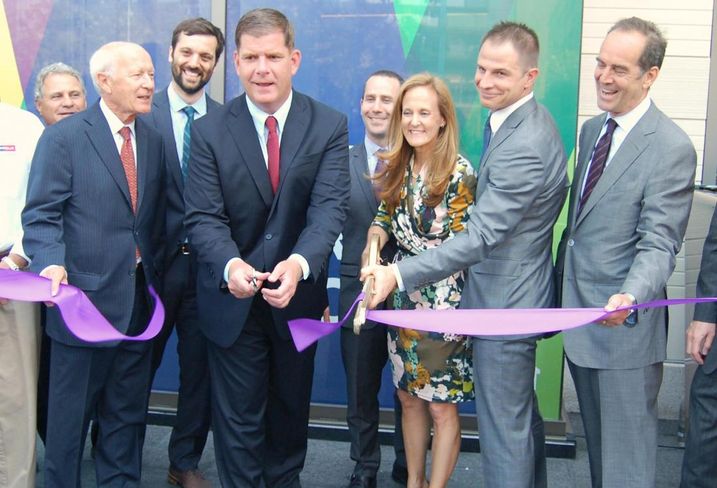 Photo: Courtesy of the Abbey Group

Founder: Robert Epstein (The Abbey Group began as a Kenmore Square theater. Robert, a film buff, chose the name Abbey so his theater would be first in the Boston Globe movie listings.)

Famous Properties: The Abbey Group has been behind some of Boston’s most significant developments. The firm redeveloped the Landmark Center before selling it to Samuels & Associates in 2011. Downtown’s 45 Province St. and the Viridian in Fenway are also Abbey properties. The company recently announced a proposal to redevelop the site of the Boston Flower Exchange into 1.6M SF of labs, office and retail in the South End.

Famous Members: The Epstein family is a close bunch. Brothers Robert Epstein and David Epstein run the company, and David’s son Jason, son-in-law Shane Baron and Robert’s daughter Audrey Epstein Reny and son-in-law William Keravuori serve as managing partners. Jason is also the founder of Parlor Skis and was an NCAA Eastern Ski Circuit racer in college. Audrey serves on the board of several local charities. Her daughter, Gillian, was critically injured in the Boston Marathon bombings in 2013, but the team at Brigham and Women’s Hospital were able to save her. The Reny family created the Gillian Reny Stepping Strong Center for Trauma Innovation, which has raised over $9M to date. 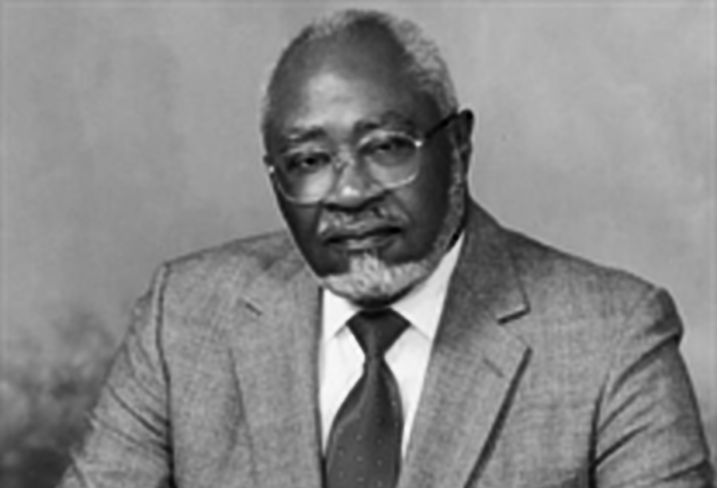 Photo: Courtesy of the Guscott Family

Founder: Kenneth Guscott was originally a nuclear engineer, but made a career switch into real estate with his brothers, Cecil and George. They saw their Roxbury neighborhood was getting poorer and fewer jobs were available to African-Americans in the late 1960s. They founded Long Bay Management Co. in 1973 as a way to bring jobs back to the neighborhood. Revitalizing Dudley Square remained Kenneth’s passion project until his death earlier this month.

Famous Properties: The Guscotts are best-known for driving the construction of the State Street Financial Center in downtown Boston with a group of black, Chinese and Latino developers. Kenneth came out of retirement for a third time recently with a proposal for a $200M, 25-story tower in Dudley Square. His daughter, Lisa, has said the project is still in the works.

Famous Members: Known as Roxbury royalty, none of the Guscott brothers started in real estate. George, who died in 2001, was a Merchant Marine before working as an electronics engineer. He was an oceanographer in New Zealand and Australia before becoming a managing partner at Long Bay Management. Cecil is a World War II veteran who ran a bicycle shop and art business before joining his brothers to start Long Bay. Kenneth served in the Army Air Force in WWII before returning to his Boston neighborhood and becoming a champion for civil rights. He was president of the Boston NAACP, ran a voter registration drive that led to the election of the city’s first black city councilor and, in 1964, was the first black man since Reconstruction to check in at a white Mississippi hotel. He and his father-in-law died earlier this month in a fire at Kenneth’s Milton home. He is survived by his wife, Valerie, a son and four daughters. His daughter Lisa has been CEO and president of Long Bay Management since 2003. 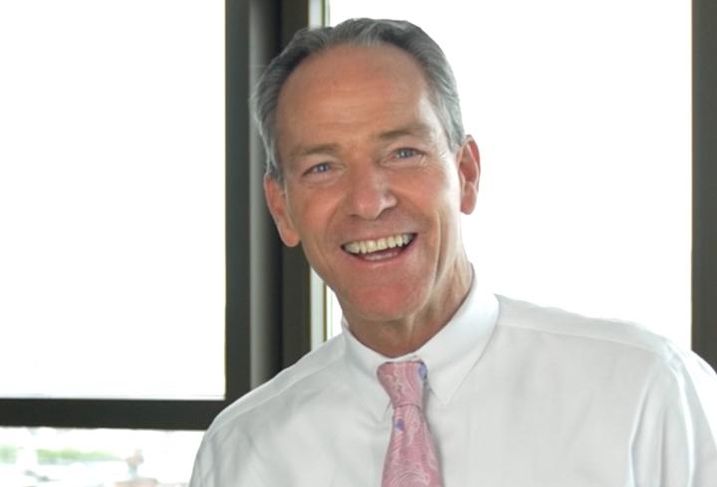 Famous Properties: It is hard to find a construction site in Boston without a Suffolk Construction logo on it. The largest building company in town, Suffolk is behind Boston’s Millennium Tower, the Wynn Boston Harbor, and the Boston Convention and Exhibition Center.

Famous Members: The Fish family ran in two competing lanes for years. Manus Fish founded Peabody Construction and passed it down through the family. His grandson, Edward, ran it from 1965 to 1987. Seeing a demand for a nonunion construction company, he started Suffolk Construction and put his younger son John in charge. His older son, Ted, stuck with the established Peabody, and the two Fish brothers were rivals for years. Suffolk has since started to pay union wages, and John and Ted have made peace. While Peabody Construction is no more, Suffolk remains a success. John served as vice chair for Boston’s bid to host the 2024 Summer Olympic Games. 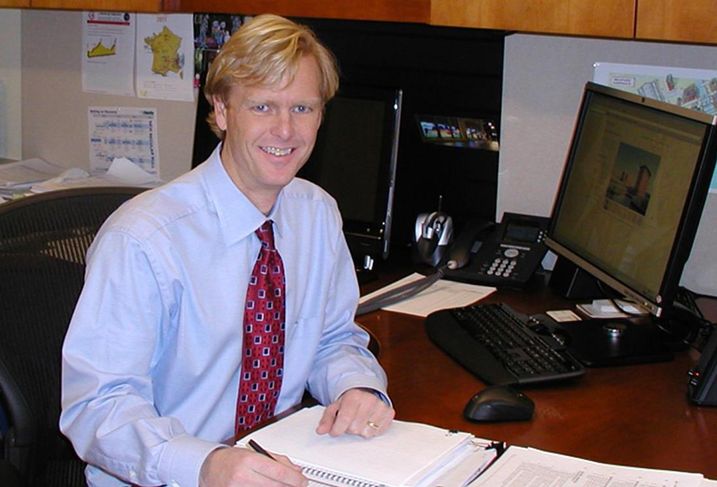 Founder: Edward C. Johnson II founded Fidelity Management & Research, which eventually became Fidelity Investments. His son, Edward C. Johnson III who goes by Ned, took the family business and turned it into a mutual fund giant. After nearly 40 years as CEO, Ned relinquished his role to his daughter Abigail in 2014. He maintained his role with Fidelity as chairman until December of last year and is now chairman emeritus.

Famous Properties: Fidelity operates its headquarters out of 245 Summer St. near South Station. Through Pembroke Real Estate, Edward C. Johnson IV manages the assets of marquee properties around the world, including Seaport Place and 255 State St. in Boston, Tri-Seven Roppongi in Tokyo and Mästerhuset in Stockholm.

Famous Members: Ned and his wife, Lillie, have three children: Abigail, Elizabeth and Edward IV. Abigail is chairman of FMR LLC, the parent company of Fidelity Investments, and chairman of Fidelity International. With a reported net worth of $14B, she is also the wealthiest person in Massachusetts. Elizabeth is an equestrian, and Edward IV is president of the family-owned Pembroke Real Estate. Founded in 1997, the company was one of the first to develop a property in the Seaport District with the Seaport Hotel and the surrounding Seaport Place office complex. It was reported earlier this year that the company has embarked on a study to potentially redevelop its World Trade Center property. 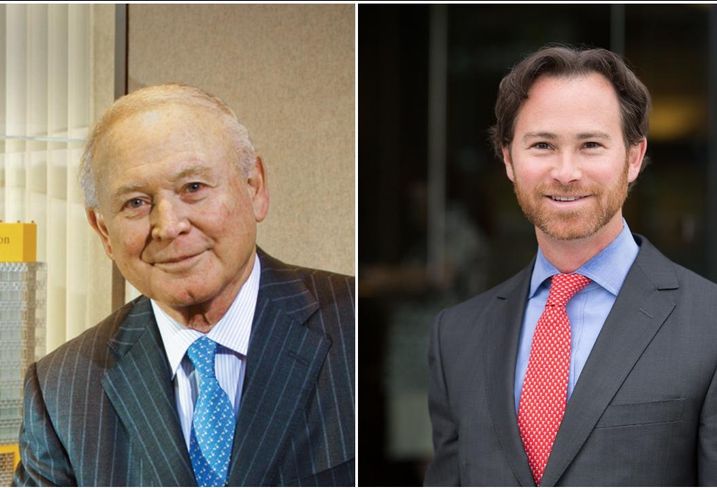 Founded: Stephen Karp opened the Liberty Tree Mall in Danvers in 1972. It was one of the first enclosed malls in the Northeast and the first of 20 he would eventually develop. He founded New England Development in 1978 and famously sold 14 of his malls in the late 1990s to Simon Property Group for $1.7B.

Famous Members: Stephen and his wife, Jill, have two children: Douglass and Jana. While still a high schooler, Douglass and his friend Ben Fischman ran a baseball hat company from a cart at the old Atrium Mall in Chestnut Hill. The company, Lids, grew to over 300 locations. He eventually entered the family business after his father asked if he would be project manager for a Nantucket hotel the company was building. Now president, Douglass has ushered in a new era for retail at New England Development. While his father built the company around enclosed malls, the younger Karp has grown the portfolio to include outdoor, mixed-use centers like University Station and Chestnut Hill Square in Newton. Jana founded and runs Boston Youth Sanctuary, a local nonprofit. 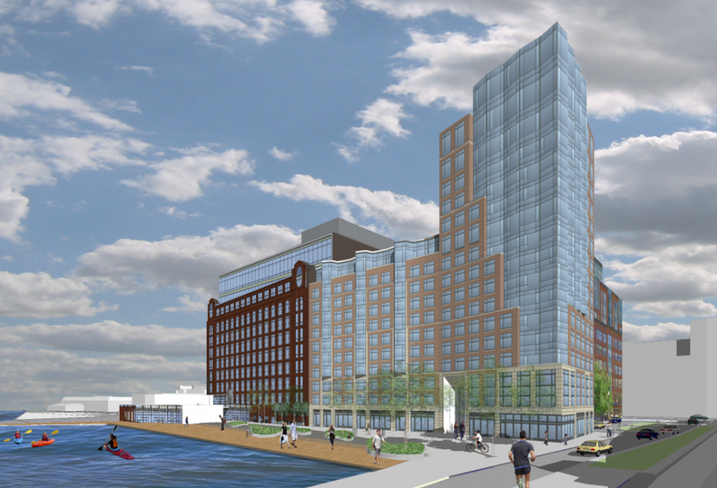 Photo: Courtesy of the BPDA

Founder: Abraham Beal started the Beal Cos. and initially developed and managed a portfolio of industrial and residential properties spanning Brookline, Cambridge and Boston.

Famous Properties: Related Beal owns several high-profile properties in Boston, including the Clarendon in Back Bay and Lovejoy Wharf, Boston’s first major condo building to not offer parking. The company was most recently in the news regarding a rent dispute with oil company Citgo for its iconic sign over Related’s 660 Beacon. A deal was struck last week to keep the sign, and the company has plans to redevelop the nine buildings it purchased in Kenmore Square from Boston University last year.

Famous Members: Robert Beal retired as president of Related Beal last year but still oversees the Beal family office and serves on the board of the Museum of Fine Arts. Robert and his brother Bruce oversaw major redevelopments like the renovation of the Custom House Tower downtown during his tenure. Bruce remains chairman of Related Beal, created after he and his brother joined the family business with New York-based Related Cos. in 2013. 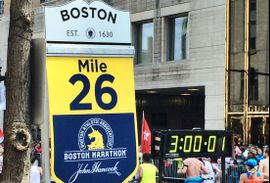 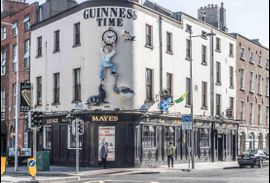