Anyone think the rebirth of the Seaport as a commercial property market is just hype? (You probably also think Jennifer Lawrence is overrated.) Consider this: TIAA-CREF just purchased from DivcoWest 51 Sleeper St for $60.2M--$400/SF—beating by nearly 30% the previous high set for an office sale in the submarket a year ago. 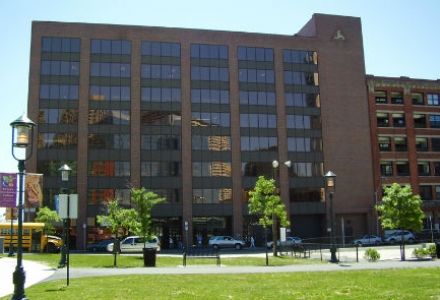 The Seaport District (aka the Innovation District) submarket has matured, HFF's Ben Sayles tells us. The 150k SF brick and beam 51 Sleeper St, first built in 1929, is adjacent to the $3.5B, 6.3M SF Seaport Square being developed by Morgan Stanley and Boston Global Investors. (51 Sleeper St will constantly remind the Seaport Square that things weren't so easy in its day.) In 2013—after years of planning—new construction has started on housing, retail, offices and hotel properties in the master-planned community. All around it, early mover projects in this real estate cycle are being completed, including the $900M, 1.1M SF Vertex Pharmaceuticals HQ that will bring nearly 2,000 new workers into the neighborhood. This is exactly what the kids want, says Ben, who with Coleman Benedict and Mark Campbell brokered the recent sale. 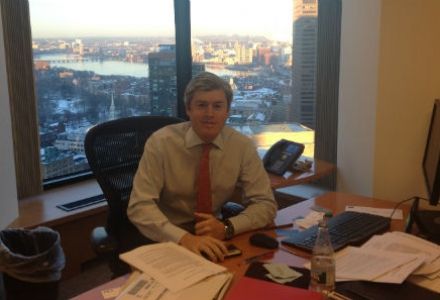 Rents for historic structures like 51 Sleeper, which was renovated in '84 and is 100% leased, are low to mid-$40/SF, compared to the low $20/SF two years ago. The building fronts a park that runs along Fort Point Channel and has unobstructed views of downtown. Last year, DivcoWest bought it as part of a 363k SF, four-building portfolio from Brickman for $106M. Is this run-up in prices a bubble poised to pop or the new normal? Given the profusion of development and solid leasing activity, the Seaport has a bright future, Ben tells us. 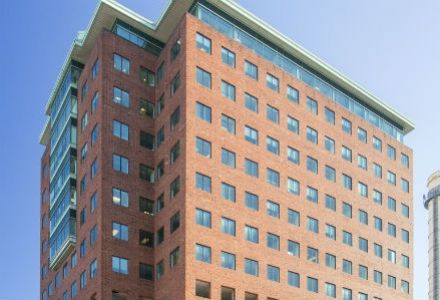 Jamestown paid Blackstone/Equity Office $193M for Riverview at 245 First St, a 10-story Class-A office building in Cambridge and a companion six-story science facility, Cambridge Science Center, connected by a large glass atrium. This is the most recent of several sales by Blackstone to harvest the EOP portfolio it bought in '07.

Home Properties paid $40.3M in cash for the 252-unit Middlesex Crossing apartment community in Billerica; about $160k/ apartment. At closing, Middlesex Crossing was 96% occupied at monthly rents averaging $1,420. The complex has access to Route 3A, I-95/Route 128, I-495 and is three miles from the MBTA North Billerica Commuter Rail Station that goes into North Station. 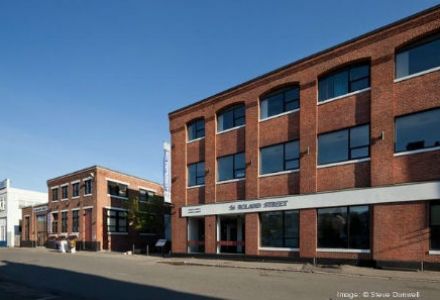 Paradigm Capital Advisors paid $12.3M for 52-56 Roland St on the Charlestown/Somerville border to Praedium Group, which paid $19.4M in '06. Paradigm says it plans to renovate the property next year to attract tenants fleeing high rents in Cambridge and Boston.

Cambridge officials' recent decision to wave zoning restrictions on high-rise development in Kendall Square, paves the way for Boston Properties to build a proposed 240-unit, 250-foot residential tower along Ames Street near MIT. The city also agreed to sell Boston Properties a 20-foot-wide strip of land between Main Street and Broadway for around $2M for the project. Construction could start next year.

The Lighthouse of Revere is building a $5M addition and renovation of its Lighthouse Nursing Care Center. The 17k SF addition and 19k SF renovation will add 12 new short-term rehab beds, offices, clinical space and new amenities including a 2,700 SF gym. The project team: Nauset Construction and The Architectural Team.

For its first Massachusetts assignment, New Jersey-based Levin Management will manage The Shops at 5, a 420k SF open-air shopping center in Plymouth.

Integrated Builders is building out a new 34k SF HQ for IEP Technologies at 417 South St in Marlborough, which is owned by Calare Properties. Integrated is collaborating with CI Design and Engineered Systems on the project.