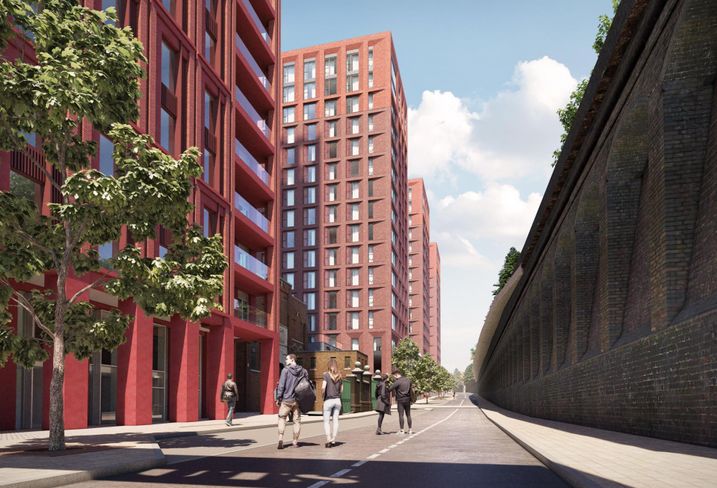 The media and creative-friendly Birmingham district has been the focus of sustained developer interest over the last nine months, with deals emerging even during lockdown. Now a 900-unit residential proposal for Cole Waterhouse confirms that that interest has not peaked.

The developer exchanged contracts on the scheme last year after patient site assembly, and a year spent in discussion with Birmingham City Council and neighbouring landowners.

The proposal, devised by planning consultancy Barton Wilmore, is for a 133-bed hotel, a new public park, 6K SF of retail and workspace, and 900 units mixed between build to rent and built for sale.

“Now that the planning application has been made we will be moving into the funding phase of the project whilst we move through the planning process and await a decision,” Cole Waterhouse Chief Executive Damian Flood said.

The hope is that the Cole Waterhouse scheme will fit neatly into the series of other initiatives planned for Digbeth. 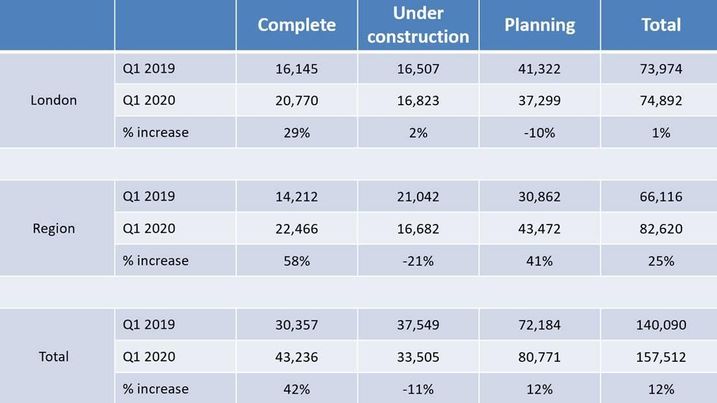 Courtesy of British Property Federation/Savills
Total number of build-to-rent homes recorded at the end of Q1 2020 vs at Q1 2019 in London and the regions.

The Cole Waterhouse mix of BTR and fractional sale apartments mirrors a change in the market, as developers are increasingly attracted by the relatively low risk and rapid cash flow of build-for-sale. Data from the British Property Federation and Savills suggested the BTR market in the UK regions may have plateaued.

Decisions taken 24 to 36 months ago resulted in a Q1 2020 surge in supply, up 42% compared with Q1 2019. However, since then the appeal of fractional sales has reasserted itself with the total under construction falling slightly by 11% and the development pipeline rising slightly by 12%, both indicating a market holding steady rather than rocketing up or down.

The UK regions are now the fastest growing territory for BTR, with volumes completed, under construction and planned rising fast, achieving a cumulative uplift of 25%. This compares with a cumulative 1% increase in London.

“Pain is being felt across all sectors of the economy, but build to rent remains attractive to investors and we know from past experience that demand for rental housing usually leads homes-for-sale out of any recovery," British Property Federation Director of Policy Ian Fletcher said.

“Our statistics show that a quarter of build-to-rent delivery is now coming from major housebuilders and their support of the sector, through, for example, access to land, could really boost growth in this sector."