Each panelist at Wednesday's Bisnow Future of Downtown & the Waterfront event lives in Baltimore City. Except for Cordish CFO Zed Smith, that is, but he and his wife are committed to moving and have settled on Mt. Vernon. The big ideas from the people walking the walk Downtown:

1) Be like the cool kids and move transit along. 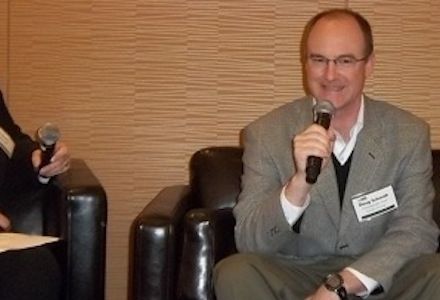 Parking garage operators have told Chesapeake Real Estate Group's Doug Schmidt (above) that the influx of residents hasn't filled the parking spaces vacated by office workers, meaning Downtown residents really do want a car-free existence. In a recent study, says MTA Office of Transit Development & Delivery head Jamie Kendrick, college students ranked mobility above jobs and crime as location deciders. Hence his efforts to make the Red Line a reality. No longer is Baltimore competing with Rust Belt cities, he says. Instead, it's in the ring with the likes of "cool" cities like Portland, Charlotte, Denver, Minneapolis, Seattle, and Boston to attract and retain talent. (Mom says they're a dangerous crowd, but she just doesn't understand what it's like to be cool.)

2) It's OK to have more than one Downtown. 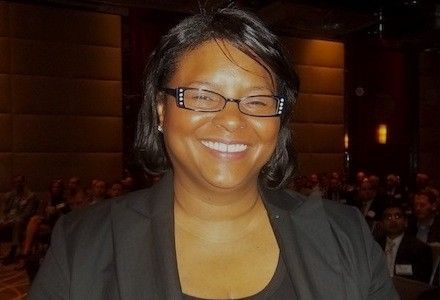 Baltimore Development Corp CEO Brenda McKenzie, who relocated for her relatively new gig from Boston, says market segmentation like a Main Downtown, East Downtown, and West Downtown can work. (They just need to unite against a common rival: Dover, Del.) Zed adds that Harbor East may have created some voids in the core Downtown, but those will fill in time. And Bozzuto Development's Jeff Kayce, who lives in Federal Hill while his company worked on Fells Point's Union Wharf, says Harbor East has actually helped connect the waterfront neighborhoods.

3) Go forth from the waterfront and prosper.

The next step, says Jeff (snapped at last week's Union Wharf grand opening flanked by Toby Bozzuto, Mayor Stephanie Rawlings-Blake, Councilman Jim Kraft, and Tom Bozzuto), is to build from the waterfront's momentum, north up the Charles Street spine, up to Mt. Vernon Square, Penn Station, and Hopkins, and let the development bleed out from there. Brenda says that's happening already: Mt. Vernon is popular with the Millennials (and, apparently, Zed), and The Rotunda is happening near Hopkins.

4) Broaden the definition of the target shopper.

There are a lot more shoppers in the city than just the ones who can afford to live on the waterfront, Doug says, and Brenda adds that Baltimore is under-retailed for a city of its buying power. Doug cites Harford, Bel Air, and Reisterstown roads and western neighborhoods as lands of retail opportunity. Folks are surprised to know that drawing tenants to Chesapeake's talk-of-the-town Canton Crossing (above) wasn't hard, because the demographics were already there and retailers have already changed their focus to urban locations. Jeff adds that his wide-eyed wife describes Canton Crossing as such: They took everything good from Columbia and put it in the city. Jeff's takeaway: Less Sunday driving, more Sunday football-watching.

Citing the Baltimore Food Hub on Oliver Street northeast of the CBD, Brenda encourages the use of food culture to drive people to new neighborhoods. (If you Yelp it, they will come?) Overhaul Lexington Market, make it more relevant, , Jeff says, and maybe Baltimore will find its version of DC's Union Market, which is a trendy place to hang despite its start in a relatively rough part of town. Brenda and Jeff also say artists can help spark neighborhoods.

Our moderator, Rosenberg Martin Greenberg's Gail Stern, whose firm has been involved in just about every project discussed at the event, says the big takeaway is: "Residential leads. And then jobs, business, and commercial development follow." But Jeff points out that the city won't gain the mayor's coveted 10,000 new residents simply by building 10,000 housing units. (What about just asking politely?) Rather, Baltimore City needs 10,000 reasons for people to live Downtown. Maybe that means more parks, he says. Doug encourages family-friendly moves like tearing down some row houses and alley houses to make room for green space, playgrounds, and parking pads. Zed adds that the City and State need to make a real commitment to make the Inner Harbor an amenity not just for tourists but for locals. Bonus: That'll help spur residential directly north, too.