Is the Fairmont the City's Next Big Project?

Austin’s Downtown is booming with hospitality development including the 1,066-room Fairmont Tower (coming in 2017) and the 1,012-room JW Marriott opening in February. But, that’s not all. There’s multifamily and spec office already in the works, too. They’re just some of the reasons we’re excited to bring you the Next Big Thing event on Dec. 17 at the Hyatt Regency Austin (starting at 8am). 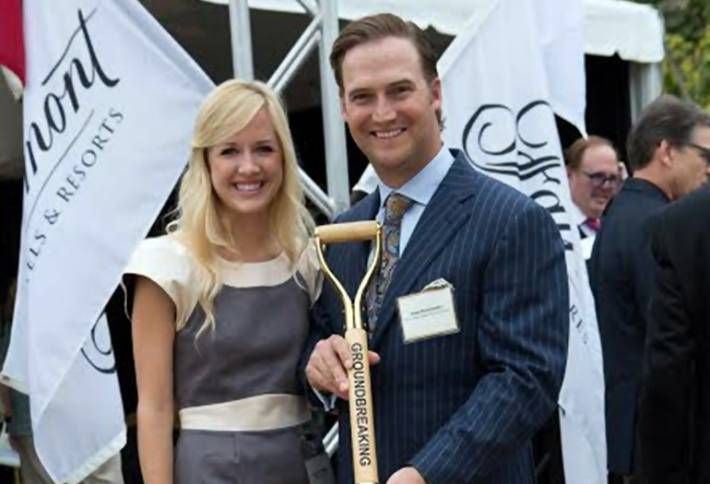 Manchester Financial Group Texas founder and CEO Doug Manchester (here with his wife at the $370M Fairmont groundbreaking Nov. 3) tells us the project has been several years in the making. (We told you about the project  in 2011.) After developing almost 3,000 rooms across two hotels in San Diego next to a master-planned convention center development, he saw a huge hotel room drought in Austin, which prevented the capital city from attracting convention business Downtown. 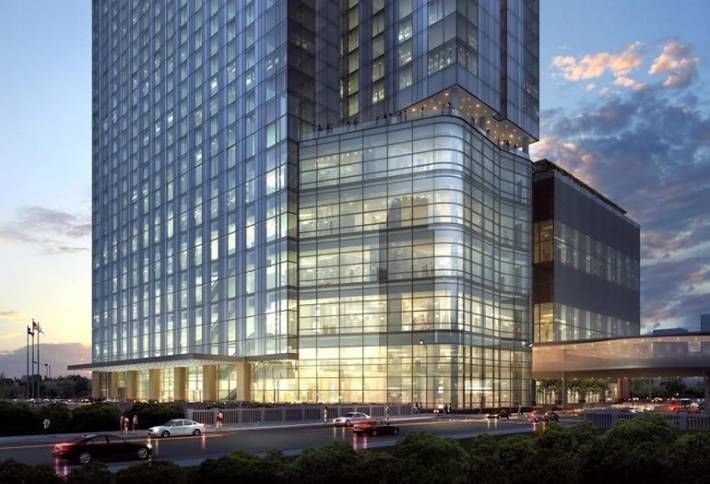 Doug says the downtown site at 101 Red River St (immediately east of the Austin Convention Center and the only downtown hotel to have direct access to the center) is a premier location for a convention center hotel. Plus, there’s the revitalized Palm Park by the hotel entrance and Waller Creek nearby. Doug says the 800-room Hilton nearby and the Marriott slated to open in few months will complement the June 2017 opening of the Fairmont and make for a great start in generating the needed hotel rooms for Austin to attract big conventions. To compete and attract the big citywide conventions year after year, Austin needs three 1,000-room hotels conveniently positioned near the Austin Convention Center, Doug tells us. 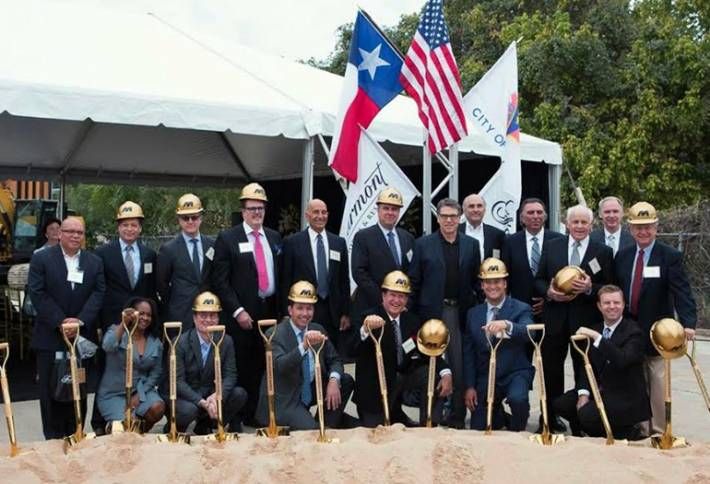 The 37-story hotel was designed by Gensler and is being built by Hunt Construction Group. The 1.4M SF hotel will be the largest Fairmont hotel in the world and will feature 107k SF of meeting space with 43k SF of pre-function space and 19k SF of outdoor deck space to accommodate 1,200 guests. Doug says Manchester is already looking for its next big deal and is in the initial stages on two major deals in Austin. Manchester has a history with boosting cities into top-tier convention status--it developed the 1,360-room Marriott Marquis and Marina and 1,600-room Manchester Grand Hyatt on the San Diego waterfront and master-planned the San Diego Convention Center, helping San Diego elevate into a top 10 convention destination. Before transitioning into real estate, Doug was a professional golfer. 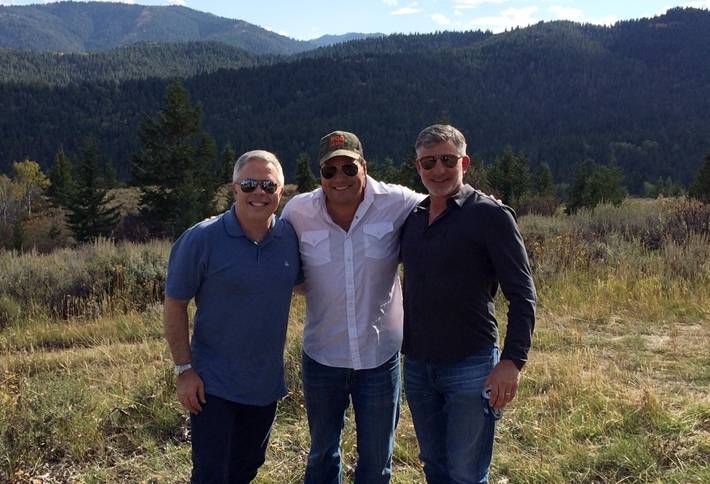 Downtown Austin is developing rapidly—Cushman & Wakefield|Oxford Commercial SVP Jeff Coddington (our moderator) counted five cranes out his office window last night, and spotted 14 across the skyline from the Long Center a few weeks ago. The boom of Class-A multifamily is the biggest game-changer, he says. He’s always loved living in or around Downtown, and he’s about to have a ton more company, with mega projects like the Bowie Residences and 5th+West breaking ground and topping out in spades over the last two years. Spec office is also making its mark, showing that developers (even out-of-towners) are completely confident in Downtown’s fundamentals. Jeff's far left here with Cushman & Wakefield's Chris D'Ambrosia and Alexandria Real Estate Equities Dan Ryan at the Cushmans' Twin Creek Ranch in Idaho this October. 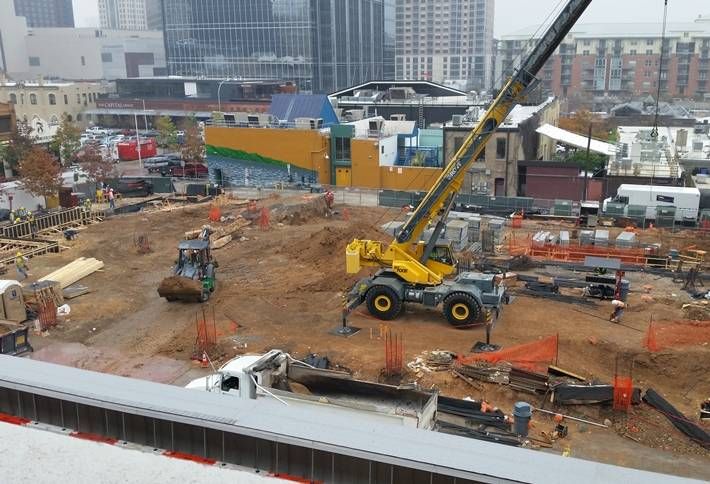 Jeff snapped a photo this week of activity at Fifth + Colorado, Lincoln Property’s 180k SF spec office project. (Jeff repped Starwood Capital in selling Lincoln and Goldman Sachs the site, and he’s marketing 401 Colorado, a block away, for sale now.) Jeff’s also watching the shift in East Austin. When he came to UT in 1980, it was a rough neighborhood. But while he was marketing the Plaza Saltillo site this year, Forbes named it the seventh-hippest neighborhood in the country. (Endeavor and Columbus Realty Partners snagged that 11-acre site.) 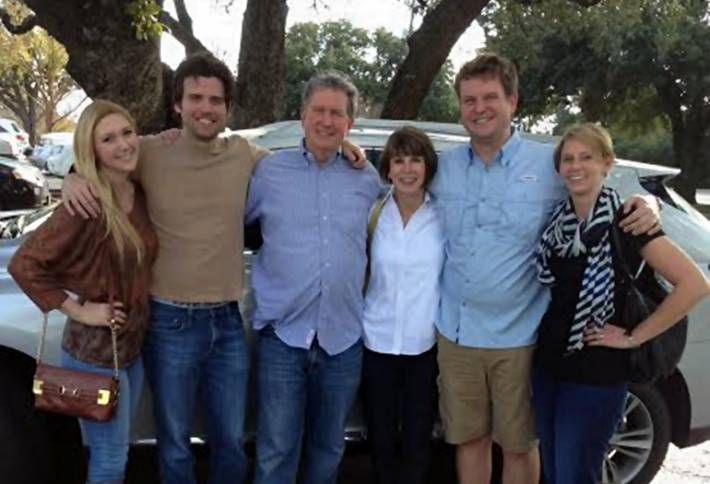 In the past six or seven years, the interest and demand of technology companies looking downtown has changed the tenant profile dramatically, says Avison Young managing director Mike Kennedy (third from left with colleagues and family members). Combine that with the many residential towers (both apartments and, soon, more condos) and the nine hotels in the works and the Austin skyline will look very different in just 24 months. 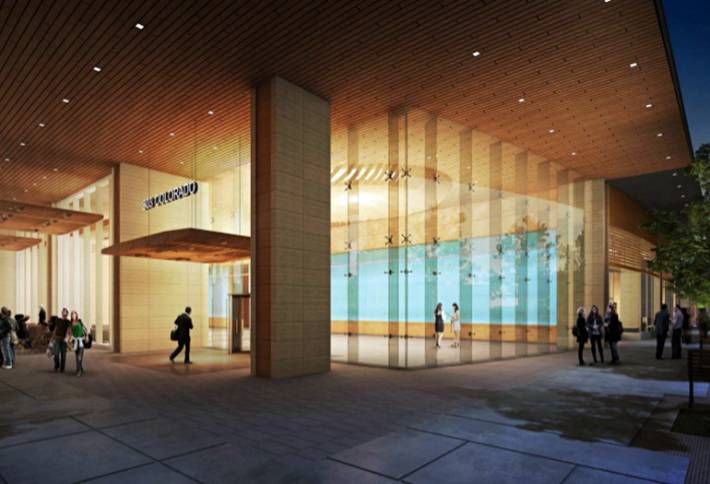 Cousins’ Colorado Tower (Mike says the Avison Young team has repped more than 20% of the leases in the 373k SF building) broke ground in June 2013 and was the only construction crane on the skyline for months. Today there is a flock of cranes, Mike tells us. Much of that rapid change is because of the foresight of the Downtown Austin Alliance and the City of Austin focusing on density rather than sprawl, Mike tells us. 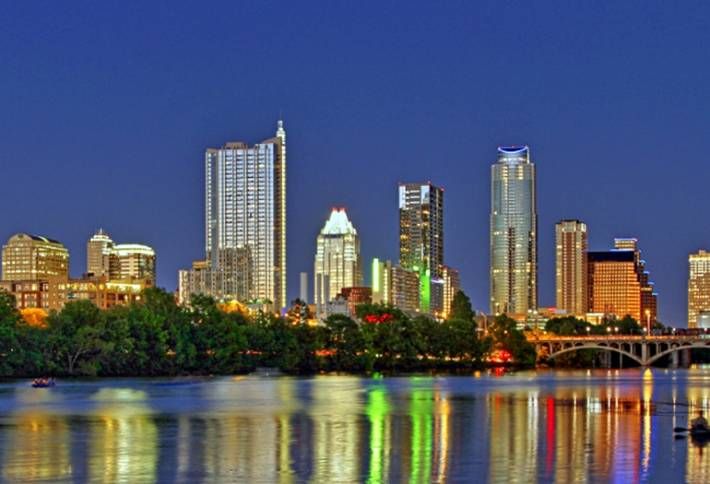 Next year should be another banner year for Downtown overall as construction continues, he says. He anticipates significant office and mixed-use projects to be announced and started in the southeast, southwest and west sectors of Downtown. The medical school construction and Innovation Zone will take shape as that new business area for Austin continues to grow, as well. With no new space delivery until Q1 ‘16 and strong demand, look for rates to surpass the records being set today.