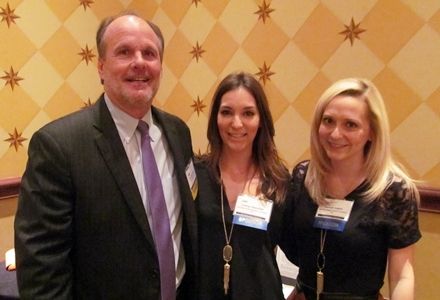 Downtown Austin's office market is very healthy, Cousins Properties SVP Tim Hendricks (here with RECA's Lesley Sanchez and Hannah Gabel). There's 9M SF of Class-A product, and it's 88% occupied with some of the highest net rates in the country (over $45/SF all-in). He calls it one of the most diverse Downtowns in the South, and says lots of absorption recently has been from atypical Downtown office users, particularly technology ones. But the bulk of Downtown occupants are still law firms, which means Austin needs to find a way to appeal to both. 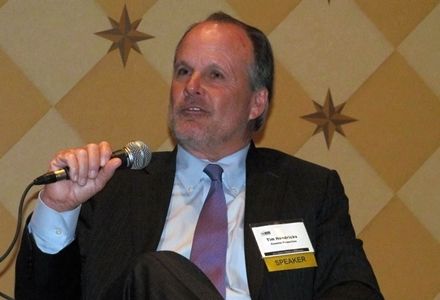 There's an unprecedented 700k SF of new office supply coming in the next two years. (Before Colorado Tower started, the last office tower was built 11 years ago, and you have to go back another 20 years to find another groundbreaking, and we're all too young to remember that... right?) Fortunately, Tim says there's over 400k SF of new tenants eying Downtown, so occupancy should remain over 86% even with new product. That means he's not worrying about overbuilding; in fact, he wouldn't be surprised to see one or two more projects start pre-leasing late next year. 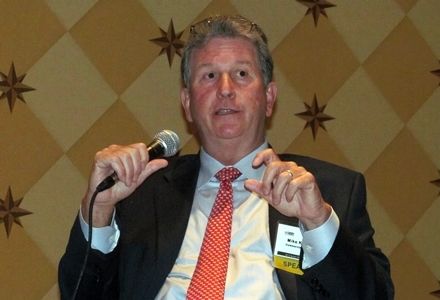 Commercial Texas CEO Mike Kennedy says companies continue to pay Downtown's office rents (which are 25% higher than the 'burbs) because they value environment over pricing. (Obviously it would be much cheaper to work in a tree fort, but then you've got a bunch of nosy squirrels bothering you.) Plus, it's where their employees are. There have been 12 new residential towers built Downtown since '08, giving the submarket a discount for talent. Mike says the most interesting thing he's ever done was raising two sons; both of them were at the event. 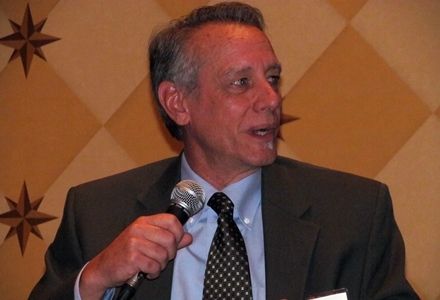 Southwest Strategies Group principal John Rosato (an Arcade Fire fan) says there's been lots of activity at the Seaholm Power Plant. His team just signed a local restaurant and has another in negotiations. A couple of office leases and one retailer should be signed soon. (And Downtown Austin Alliance executive director Charlie Betts says the frenzy to purchase Seaholm condos was one of the most exciting things happening here recently.) John's got the bar set high—he plans to be 100% occupied when the mixed-use renovation opens next year. He's been surprised by how much interest he's gotten from users in the Northeast and Northwest US; all ask about our traffic and plans for rail. (They're all sick of the the cold.) 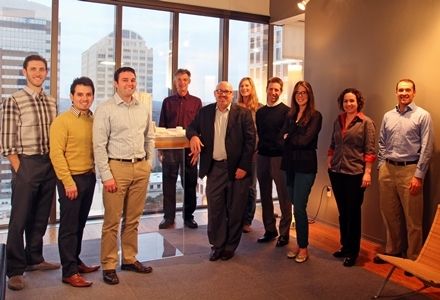 Our sponsor Rhode Partners is closing on its first really busy year since '09. Principal Brett Rhode tells us it has two high-rise multifamily projects under construction Downtown. Above, the team is gathered around one of them, 7th and Rio Grande Apartments. It has three more in design, and Brett says he's seeing some interest in condos again. (He's looking forward to getting back to work in that segment after a nearly four-year hiatus!)