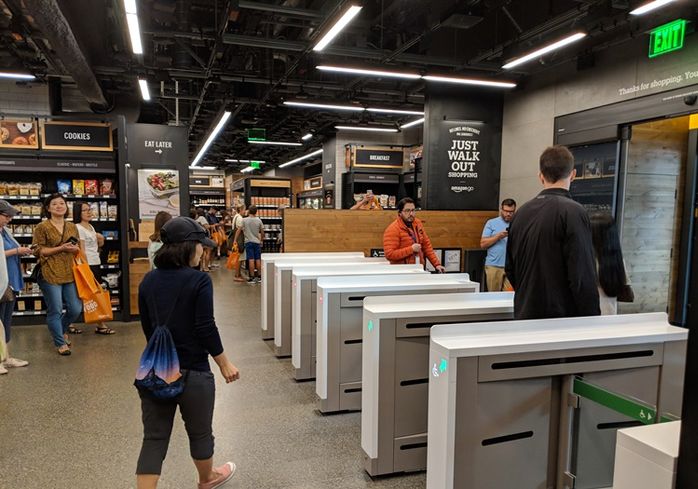 Sikander Iqbal/Wikipedia
The interior of an Amazon Go store in Seattle, where no cashiers work

Atlanta may have been shunned in the race for Amazon's ballyhooed second headquarters, but the metro area may be the beneficiary of its new line of brick-and-mortar stores.

Amazon is considering bringing its Amazon Go concept to Atlanta, and is eyeing at least one site for a 12K SF store, the Atlanta Business Chronicle reports, citing unspecified plans it reviewed.

Amazon opened its first Go store last year and now has a handful in Seattle, Chicago and San Francisco. The world's largest online retailer is looking to shake up the brick-and-mortar retail model yet again, this time by operating the stores without any cashiers. Customers simply take merchandise and an app bills them for the product — mostly prepared foods and beverages — once they leave the store.

While Amazon Go stores generally range from the size of a small convenience store to a boutique retail shop, the potential Atlanta store reviewed by the ABC would be among the chain's largest. It was unclear how many stores Amazon is considering for the metro area, but the company does plan to operate up to 3,000 Go stores by 2021, Bloomberg reported.

News comes just two months after Amazon announced plans to split its HQ2 project between two regions: Long Island City, New York, and in Northern Virginia, a move that was heavily criticized by some for not seeming to abide by the company's original request for proposals. Atlanta was among 20 finalists for the project.