A major Metro Atlanta mall is floating back into troubled waters as its owners struggle to refinance more than $100M in debt. 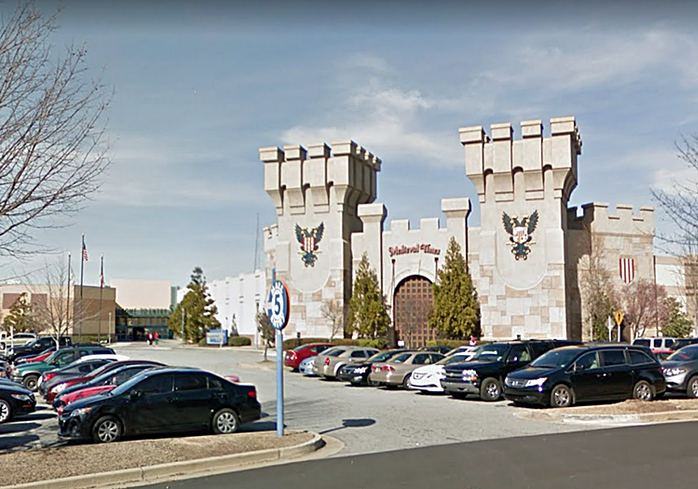 Google Maps
The Medieval Times dinner-theme restaurant, one of the primary anchors at Sugarloaf Mills in Gwinnett County in northern Suburban Atlanta

Two loans that cover Sugarloaf Mills, the 1.2M SF regional mall in suburban Gwinnett County anchored by Bass Pro Shops, have been thrust back into the hands of a special servicer due to “imminent default,” according to Trepp, a company that tracks troubled commercial mortgages.

CWCapital Asset Management took over the servicing of the two loans — a $105M and $18.4M loan held by Omega Advisors — Sept. 13. The mall is owned in a joint venture between mall giant Simon Property Group and Farallon Capital Management. According to Trepp, the owners have been unable to secure takeout financing on the loans as their maturity date approaches Dec. 31.

This is not the first time Sugarloaf Mills, formerly known as Discover Mills when the credit card company owned the naming rights to the mall, has been on the edge of financial disaster. The loans fell into special servicing in 2013 for a year before Simon and Farallon (which was founded by billionaire Tom Steyer, who is now spending his days campaigning to impeach President Donald Trump) were able to renegotiate an extension through the end of 2018.

Sugarloaf Mills — known for its assortment of off-priced and destination retailers such as an 18-screen AMC theater and the castle-and-knights-themed Medieval Times dinner theater — was developed in 2001 by Maryland-based Mills Corp., a developer that built a string of super-regional outlet malls across the country. The company expanded Sugarloaf Mills by some 100K SF a few years later.

In 2006, the Securities and Exchange Commission opened an investigation in to the company over accounting irregularities. That scandal forced Mills Corp. to open itself up for acquisition, and, by 2007, Simon and Farallon purchased the company for more than $1B and took over its mall operations.

Part of Sugarloaf Mills' struggles stem from there being one too many regional malls in a compact area of Gwinnett County, The Shopping Center Group partner Marc Weinberg said. Within a 10-mile radius, Sugarloaf Mills competes against Gwinnett Place Mall — which itself fell into foreclosure before being purchased by Las Vegas-based Moonbeam Capital — and Simon's 1.8M SF Mall of Georgia in Buford.

“To me, that mall, along with Gwinnett [Place] Mall, is in an area of Atlanta that does not need a mall, period,” Weinberg said.

A solution for Simon would be to shrink the mall, cutting out some of the retail for alternative uses. It is a strategy that has worked well for Simon at its other Atlanta malls, including Phipps Plaza in Buckhead, where the developer plans to raze a soon-to-shutter Belk department store to make way for a Nobu-branded hotel, a Life Time Fitness facility and a 250K SF office building.

After all, there is still potential for Sugarloaf Mill, Weinberg said, given its prime location off Interstate 85 with visibility from the highway, as well as having additional acreage around it to expand.

“Unfortunately, it's far too big, it's poorly designed and it hasn't been renovated, so it looks like the early 1990s mall that it was designed [to be],” he said. “Until someone is willing to invest in it, it will continue to decline.”