The heart of one of Gwinnett County's major commercial hubs has been ailing for some time.

Now, partial new ownership at Gwinnett Place Mall, coupled with significant momentum in the county to bring mass transit to the area, has some officials finally seeing a light at the end of the revitalization tunnel. 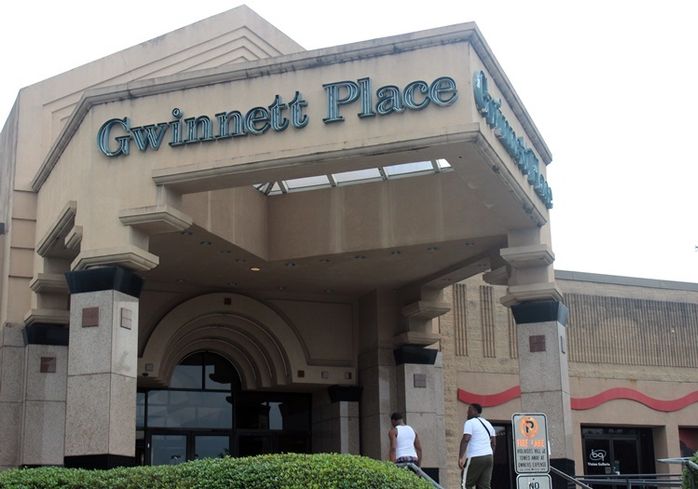 To one veteran retail broker, the transformation of the nearly 1.3M SF Gwinnett Place Mall is a key component if the area around it is to become vibrant again. That transformation must include killing off some of the retail space in and around the mall.

“I think the issue that [it] is suffering [from] is that it was over-retailed. You've got to repurpose or take a lot of the retail out,” Ackerman & Co. Retail President Leo Wiener said. “I think if and when the mall gets redeveloped, the area will find a new renaissance.”

Wiener — who partly owns a significant retail center off Pleasant Hill Road across from Gwinnett Place Mall and the board chairman of the Gwinnett Place Community Improvement District — will be among the industry experts and county officials to discuss the burgeoning development in the county and the mall at Bisnow's Exploring Gwinnett County & Northeast Atlanta event next month. 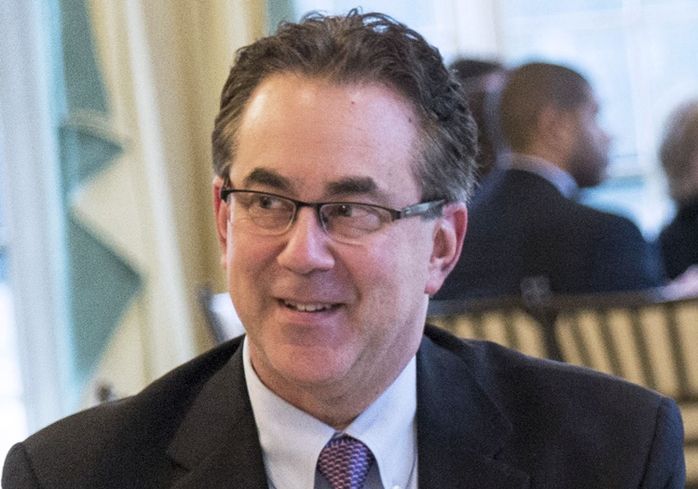 Talk of the fate of Gwinnett Place Mall has heated up in recent weeks after the Atlanta Journal-Constitution revealed that North Carolina-based Northwood Ravin was in talks to purchase the soon-to-shutter Sears anchor, along with 11 acres around it. Since then, Northwood Ravin and the mall's main owners, Las Vegas-based Moonbeam Capital — who have been a frequent source of frustration for Gwinnett officials — have been silent. Neither firm returned messages seeking comment.

Moonbeam picked up the bulk of Gwinnett Place Mall out of foreclosure in 2013 for $13.5M, according to county records, a far cry from an original $115M loan on the property. Macy's owns its own store at the mall.

But while Northwood Ravin has been mum on the fate of the Sears, many speculate that the developer could turn it into some form of a multifamily project. After all, that is Northwood Ravin's specialty.

“Northwood Ravin is a very, very positive sign,” Partnership Gwinnett Chief Economic Development Officer Nick Masino said. “The biggest question mark is what is Moonbeam going to do? They have people who want to buy it. Will they sell it?” 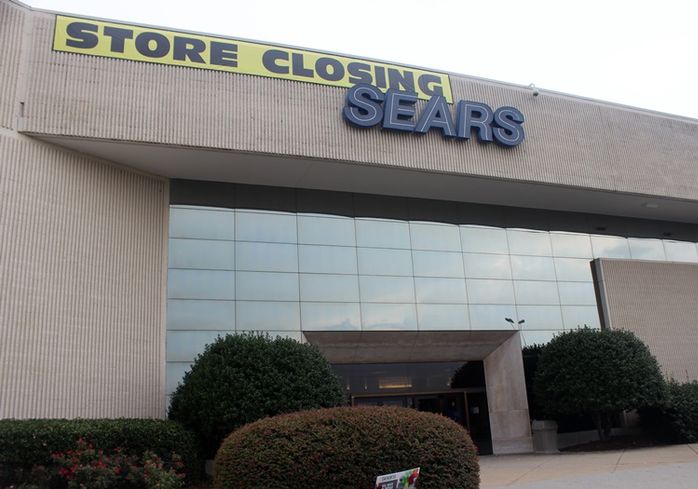 Bisnow
The closing Sears anchor at Gwinnett Place Mall is in the process of being purchased by Northwood Ravin.

Is Transit Part Of The Answer?

For Gwinnett County, transit is seen as a solution to revitalizing the immediate mall area. Earlier this week, the Gwinnett County board of commissioners approved a transit plan that proposes levying a one-cent sales tax for 30 years to fund it. That new tax will need to go before Gwinnett voters for approval.

If approved by a majority of voters — the date of the referendum has yet to be set — MARTA would have a significant interest in planning that transit expansion, and could potentially approve its rail to travel all the way to the OFS facility off Jimmy Carter Boulevard in Norcross, which the county is under contract to purchase.

While it is unknown if rail would be expanded beyond OFS to Gwinnett Place Mall, transit is certain to become a key component of the area's redevelopment, Masino said. The county is in the process of buying 10 acres, some of which fronts Satellite Boulevard across from the Macy's wing of the mall, for an expanded transit center, Gwinnett County Commission Chairwoman Charlotte Nash told Bisnow.

The county also is buying a defunct movie theater on the other side of the mall property, with plans to tear it down and transform it into green space that would likely anchor a trail system snaking through the area, Nash said.

“I visualize a high-quality, mixed-use development on the site of Gwinnett Place Mall that serves as the focus of a larger, vibrant community that includes a variety of choices in housing, employment, entertainment, transportation and retail,” she wrote in an email. “Transit is a critical part of the vision, and the Gwinnett Place area is fortunate to be located in one of the main transit corridors identified in the transit development plan adopted just this week by the Gwinnett Board of Commissioners.” 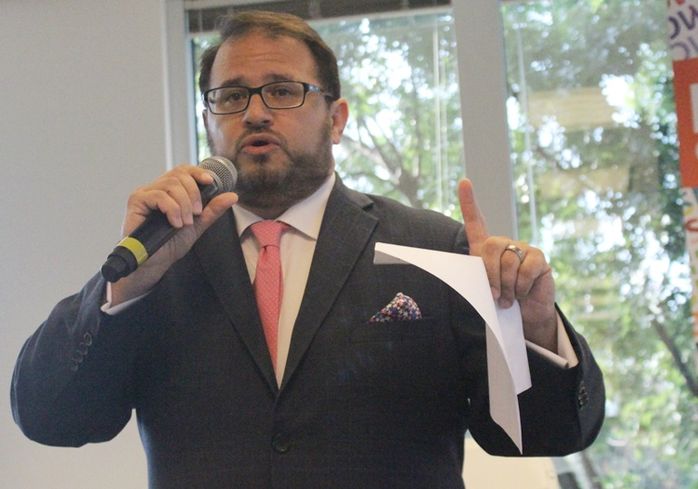 For the county, Gwinnett Place Mall's location makes strategic sense for mass transit: It sits right between the OFS facility and the Infinite Energy Center property, which is the target of a massive redevelopment from North American Properties that will create a mixed-use environment around the popular arena, Masino said.

That factor alone means Gwinnett Place Mall — a property that Masino openly called for Moonbeam to relinquish last year, since it has yet to fulfill its initial promise to redevelop — is rising in prominence and importance with the county and with potential developers, he said.

“I care much less if the mall is going to redevelop or not today than I did a year ago,” Masino said. “The reality is if Moonbeam doesn't sell this year, they are going to sell [eventually]. We're getting weekly contacts from investors, both domestic and international, that want to be in Gwinnett County.”

Gwinnett County is one of the most retailed markets in all of Metro Atlanta. More than 65M SF in more than 4,000 retail buildings sprawl across its 437 square miles, servicing a population of more than 900,000. Cobb County surpasses that square footage number by a slim margin, according to a report by Cushman & Wakefield.

“This area just has too much retail,” Wiener said. “At this point, it's still hard to separate the mall from the area. There are certainly pockets of strength. But there's still some softness in tenancy there, and rates have not climbed compared to Sugarloaf [Parkway] or Scenic Highway [South].”

Officials are expressing hope that Northwood Ravin will be the spark that finally sees a rebirth of Gwinnett Place Mall, and by extension the rest of the trade area. It needs it. Earlier this year, a murder victim was discovered only after two weeks of lying inside an empty eatery of the defunct food court.

Most recently, the mall was featured in a teaser trailer for the third season of the Netflix horror show “Stranger Things,” which is filmed in Atlanta.

“Personally, it's not going to be Moonbeam. Let's everyone be honest that they over-promise and under-deliver,” Wiener said. "They are not the right firm to undertake a massive redevelopment. I think we should just stop counting on them being the catalyst."

Gateway 85 Gwinnett Community Improvement District Executive Director Marsha Anderson Bomar -- whose district does not cover the mall -- said a critical component to revitalizing the mall would be bringing it under single ownership. It is not known if Northwood Ravin is having discussions with Moonbeam and other anchor-tenant owners to buy their portions of the mall. Bomar also is a councilwoman for the City of Duluth, just five miles from the mall.

“That's the question," she said. "Who is going to be persistent enough [to buy it from Moonbeam]? I think the group buying the Sears building have the heart to do that. Perhaps this is the magical [owner].”

Wiener said the key will be to convert or raze portions of the retail space at the mall to shrink its retail footprint and convert it to residential uses, a proposal he said he hopes Northwood Ravin is eyeing.

“I hope what happens at Gwinnett Place Mall happens to other malls in the United States. They become other viable uses. Right now, [it's] way more successful as a TV studio than a mall,” Masino said. “It's not a dead mall, but it's on life support.”