An Atlanta developer is planning to transform its 700-space Downtown Atlanta parking deck into a luxury hotel. 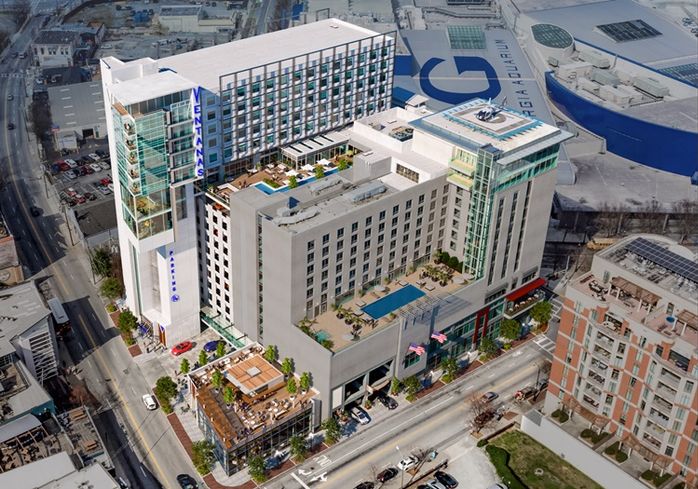 Legacy Ventures is in the works on the second phase of its Park Pavilion mixed-use project at Centennial Olympic Park. The first phase, delivered in 2008, already includes a 242-room Hilton Garden Inn as well as 50K SF of retail and an attached parking deck.

The hotel — to be named after Legacy's 10K SF rooftop events facility at the Hilton Garden Inn — could break ground as soon as the first quarter of 2021, Marvin told Bisnow. Ventanas will be owned and operated by Legacy Ventures, he said.

“When we built our big deck, we anticipated a Phase 2,” Marvin said, adding that the Great Recession scuttled plans to move forward sooner. 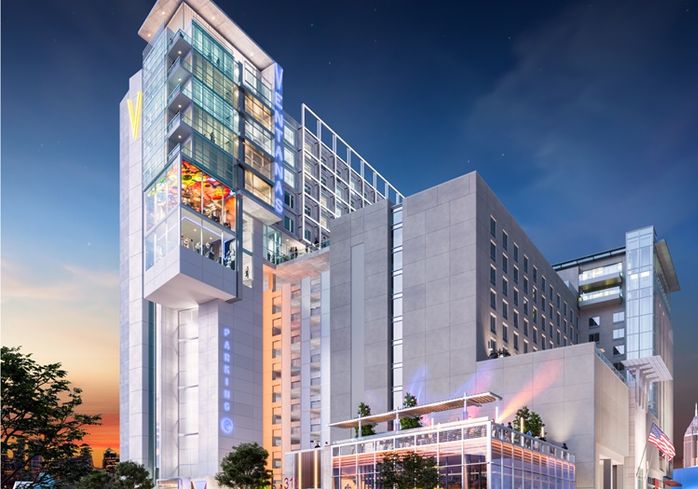 Like its namesake, Marvin said the new hotel will also include a rooftop events facility to complement the existing Ventanas, “but perhaps [taking] a page from Ponce City Market.”

One of the most popular and successful redevelopment projects in Atlanta, Ponce City Market is partly credited for igniting Midtown's resurgence this past decade. The former multistory Sears warehouse, redeveloped and owned by Jamestown, also includes a rooftop events facility and 9 Mile Station beer garden, previously considered one of Atlanta's 14 must-visit rooftop restaurants by Zagat.

Aside from being a developer, Legacy owns and operates a number of restaurants in Atlanta, including Stats Brewpub, Dos Bocas, Twin Smokers BBQ and Der Biergarten. Legacy is also building a 186-room Hyatt House hotel on Pill Hill in Sandy Springs — one of Metro Atlanta's primary healthcare nodes, where Northside Hospital, Children's Healthcare of Atlanta and Emory Healthcare's St. Joseph's Hospital are all clustered. 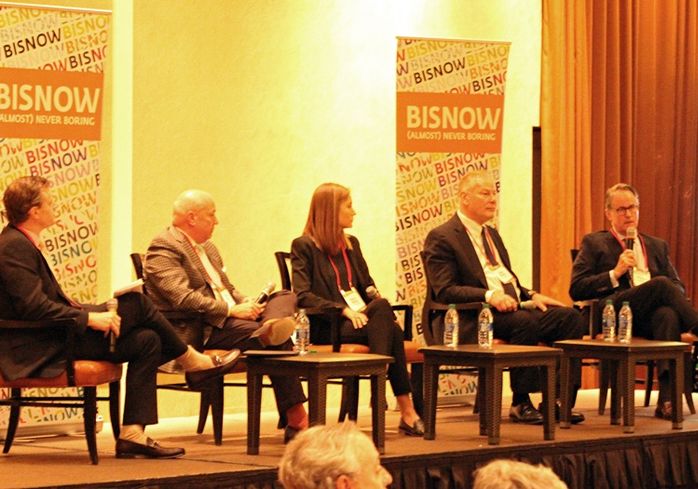 Legacy was not the only firm at the event to announce it is embarking on a new Atlanta project in the new decade. RangeWater — the newly named firm from the combination of Pollack Shores Real Estate Group and Matrix Residential — has begun planning a 320-unit apartment project on the Southside leg of the Atlanta BeltLine, Vice President Ashley Casaday said.

“This is oceanfront real estate, right on the BeltLine,” Casaday said.

Late last year, RangeWater purchased 72 Milton Ave. near its Skylark apartment project. Casaday said the firm is targeting millennials as well as young families and empty nesters who want to live along the booming BeltLine, the 22-mile pedestrian trail ringing the city.

Casaday and Marvin said theirs projects will tie into the local communities, a key ingredient to new developments today.

“I really think the day of the island development … is gone," Marvin said. "Success really requires [that] your end users are drawn to it, feel comfortable and in some ways are energized by it."