The political father of Georgia's generous tax credits for TV and movie production in Georgia has another vision: three multibillion-dollar resorts spread throughout the state — including one in Metro Atlanta — that also will feature casino gambling.

But like any great Vegas-style bet, casino investors face long odds — albeit slowly tipping in their favor — to see their dream become reality. 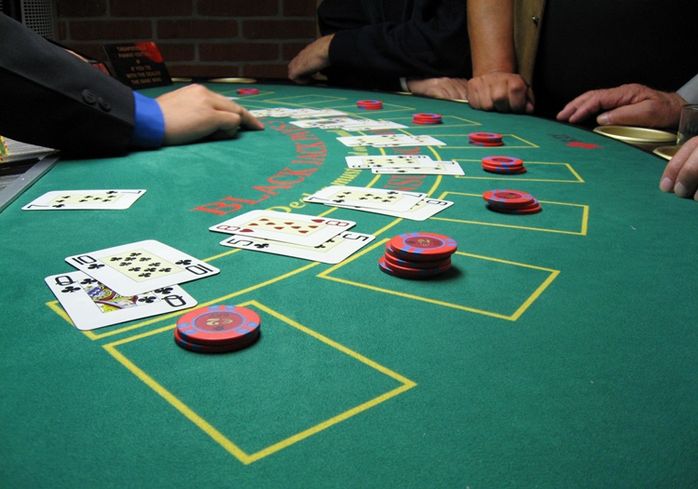 Wikipedia
Backers of legalized casino gambling in Georgia envision tables like these at three destination resorts throughout the state.

Republican state Rep. Ron Stephens, whose South Georgia district covers portions of Savannah, is intending to push a bill in the next legislative session that will legalize casino gambling at three huge Georgia sites that will allow for massive resort complexes. The sites are unidentified, but Stephens told Bisnow that they would most likely be near Savannah, along the Georgia-Florida border and in Metro Atlanta.

“They're going to be incredibly unique [in the state],” Stephens said. "It will be nothing different than someone going to Disney World, but I want to see that in Georgia. It's entertainment, the whole thing is entertainment."

The companies that could bid on the limited licenses in the state would need to agree to produce at least 10,000 new jobs and invest, at a minimum, $1.2B. In short, at least $3.6B in new development and 30,000 new, Georgia-based jobs if Stephens' bill passes.

Stephens called these developments “destination resorts” where gambling would only be one aspect of the entire project. They will be sizable and capped at three locations as well to aid in making them destination attractions for a wide audience.

Stephens declined to identify what areas of Atlanta could secure a casino resort, but said it would be within the Interstate 285 ring.

“There are places in the Atlanta area that are inside the city limits of Atlanta and are incredibly interested [in] this endeavor,” he said. "And it will change forever the way this particular area is looked at."

Reasons To Roll The Dice

There have been political pushes in the past to legalize casino gaming in Georgia, including bills that never made it very far in this past legislative session. Like a previous version of the bill, Stephens said the next one would create a measure that would allow a statewide referendum to approve the legalization, which would ultimately need to be amended to the state constitution.

There is strong likelihood that such a measure would pass muster with voters, according to an Atlanta Journal-Constitution poll last year.

University of Georgia Professor of Political Science Charles Bullock said the resistance to legal casino gambling in Georgia has been waning for years, ever since the state allowed the lottery in 1992. The lottery was then-Gov. Zell Miller's plan to create the HOPE program, which funded various education initiatives, including covering some or even all tuition expenses for state colleges and universities for in-state students.

Back then, the lottery narrowly passed, Bullock said.

“If that were to appear on the ballot again, it would pass overwhelmingly,” he said. “There's been a change probably toward gambling altogether [since then].”

HOPE also is the primary focus for passing casino gambling. While HOPE has provided more than $9B in education funding in its life span, a recent report indicated that lottery use is not enough to keep up with growing population and HOPE demand. That report found that HOPE could run out of money by 2028.

Revenues from new casinos could plug up the funding holes and fully finance HOPE again, Stephens said. Stephens chairs the economic development and tourism committee in the state House of Representatives. He also authored the bill that led to Georgia's lucrative tax breaks for TV and film productions, one that has spurred an industry boom.

Nonetheless, Stephens and other backers are up against long political odds, especially in an election year. Gov. Nathan Deal has voiced opposition to casino gambling in the past. While Deal is on the way out after two terms, the Republican candidate for governor, Brian Kemp, has stated that he, too, opposes legalizing casino gambling in Georgia. The Democratic candidate for governor, Stacey Abrams, has expressed support in allowing casinos as a way to shore up HOPE. Stephens himself is up for re-election and facing Democratic challenger Alicia Scott in November.

Bullock said he suspects casino backers would push a new bill early in the new legislative season after the election. Few would want to vote on a measure closer to a primary race for the office.

“It allows a legislator a bit more time between when a legislator has to vote on it and when they have to face the public,” he said. “You'd be loath to give an issue to your opponent.” 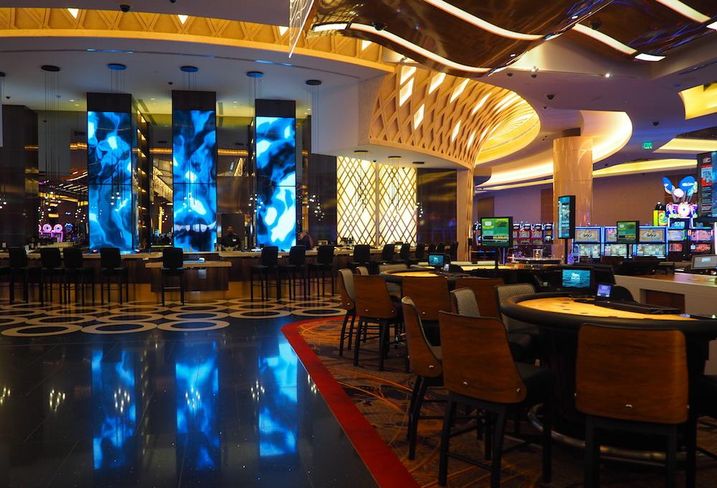 The Allure Of The Jackpot

Destination casinos are hitting the East Coast in billion-dollar waves, and a number of states around Georgia already allow for some form of casino gambling. For Georgia residents, the appetite to roll the dice is there.

A recent study, funded jointly by the Atlanta Downtown Improvement District and Central Atlanta Progress, found that Georgians spent up to $670M at neighboring state casinos in 2016. In-state casino gaming could see a market potential of more than $2.5B from Georgia residents alone, the report found, not counting tourist spending.

“The immediate benefit will be an increase in tourism revenues,” The Boyd Co. principal John Boyd said. Boyd's firm is a site selection consulting agency that has worked with casino operators in evaluating casino sites.

Boyd said the monetary impact of casino gambling to a state's coffers is often enough to melt political opposition; it is just too large to ignore. These attractions have led states like Massachusetts and Maryland to open new casinos, including in Boston, where Wynn Resorts is underway with a new, $2.4B casino opening in 2019.

“There's so much national momentum for doing this,” Boyd said. "It's almost like standing in front of the waves breaking and trying to prevent the tide from coming in."

If casino gambling comes to fruition in Georgia, the search for potential sites will become a game in and of itself, The Friedman Management Group founder Bill Friedman said. Friedman and his firm consult with casino operators.

Of course, major casinos need lots of land. But, more importantly, they need to be at sites that allow people to access them easily and quickly, he said. Sites along major interstates are always preferred, and they need to be near significant population centers where there is a healthy amount of affluence and disposable income.

Securing a casino in the Metro Atlanta area makes a lot of sense, Boyd said, and specifically sites closer to Hartsfield-Jackson International Airport would likely be preferred by casino operators. That way, tourists have an easier time to get to the gaming.

“Gambling is the second-oldest profession. It is a very powerful drive. But it is very easily extinguished,” Friedman said. “The faster you can get there when you decide to gamble, the far greater your play is going to be. It's not distance, it's speed.”