Cousins Properties 'Very, Very Close' To Deal For Land Near Where Amazon Officials Toured For HQ2 Sites In Atlanta

In a bid to get in front of larger tenants, an Atlanta-based REIT could be close to buying a Midtown development site. 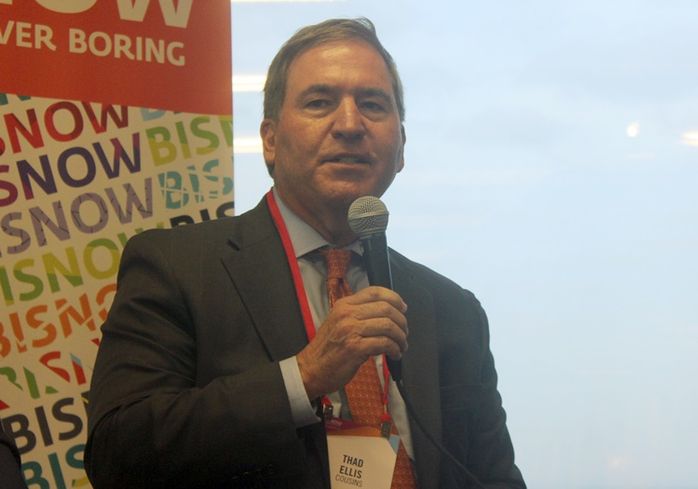 Cousins Properties is eyeing an undisclosed site for future development in what has been the hottest office market in Metro Atlanta during the past few years and one of the areas that could potentially be home to Amazon's second headquarters, Cousins Senior Vice President Thad Ellis said during a Bisnow event last week.

Cousins recently completed the first phase of NCR's two-building, 750K SF corporate campus on Spring Street in Midtown that is home to the company's 5,000 employees. While having developed one of the more high-profile office projects in Midtown this cycle, Cousins is without any large blocks of office space to court other big deals scouting the market, Ellis said.

“Our biggest frustration … we just haven't had a lot of space,” he said.

While Ellis said the firm could announce a new project soon, he declined to elaborate on his comments when asked following the panel.

Cousins is making it a priority to land bank high-quality land in key markets, Cousins CEO Larry Gellerstedt told stock analysts during a call at the end of last year.

“We plan to further strengthen our land bank over time by investing in prime [sites] in the highly amenitized submarkets we target,” Gellerstedt said. “We want to be armed with the best sites … [when] other Parsley or NCR opportunities surface this cycle, while also positioning Cousins with the option to be the first [out] of the ground during the next cycle.”

Parsley refers to Parsley Energy, which inked a deal earlier this year to pre-lease 300 Colorado, a $175M, 302K SF office tower in Austin, Texas, being developed by Cousins. 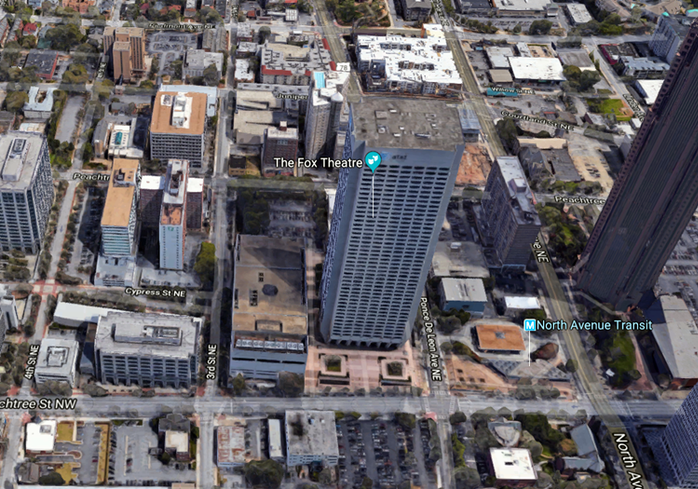 While it was unclear what site Cousins could be in talks to buy, one Midtown site that was being actively marketed in September is a 4-acre parcel bounded by Third and West Peachtree streets and Ponce de Leon Avenue called Ponce & 3rd. The parcel — formerly home to the Cristo Rey Atlanta Jesuit High School and partially owned by the Roman Catholic Archdiocese of Atlanta — was being marketed by Cushman & Wakefield.

The site also is next to the 1.2M SF AT&T Tower, which the telecommunications giant plans to vacate later this year. The tower, owned by billionaire real estate mogul Carl Icahn, is also among the buildings that could accommodate the initial headquarters requirement for Amazon's $5B HQ2 project.

State officials pitched various sites in Midtown as being able to handle Amazon's total requirement of some 8M SF. A delegation from the retail giant was in Atlanta touring sites last week, the Atlanta Journal-Constitution reported.

“With the war for talent on the front of every CEO’s mind, any land sites offering close proximity to the bright minds at Georgia Tech should receive strong interest,” Cushman & Wakefield Senior Director Pierce Owings said on a website marketing the Midtown land. Owings is part of a team marketing the site.

“This 4.1-acre development opportunity sits between Georgia Tech’s main campus, the explosive job creation being generated out of Tech Square and easy access to the world’s busiest airport via the MARTA North Avenue Station.”