A one-year-old tech company that uses artificial intelligence software and 3D video to match small tenants with office space has launched in D.C., its first East Coast market, and is already being used by some of the area's top landlords, such as Washington REIT and Carr Properties. 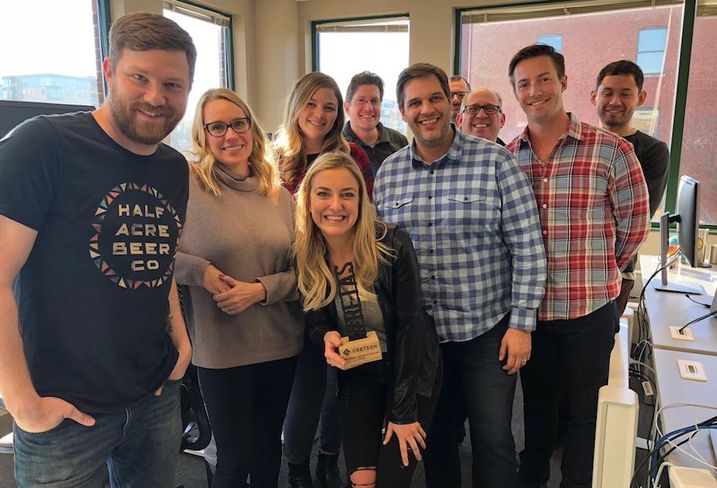 Courtesy: Truss
Members of the Truss team posing with a CREtech award the company won

Chicago-based Truss, founded in February 2017 by a former JLL tenant broker and a group of tech entrepreneurs he had done deals with, aims to smooth the leasing process for companies seeking 10K SF or less.

The company raised $7.7M in its Series A funding round in August. After starting in Chicago, it expanded to Dallas and Houston before coming to D.C., where it launched Jan. 30.

"There are a lot of small tenant users in D.C. and that fits right into our addressable market more than a lot of other cities," Truss Co-Founder Tom Smith said.

Truss is also planning to expand this quarter into Miami, Los Angeles and San Francisco, Smith said. He said the company will likely wait until after 2018 to complete its next funding round.

Before launching its platform to D.C. tenants last week, Truss secured a wide range of listings from office landlords and brokers. One of those landlords, WashREIT, has listed 11 spaces across four of its buildings: the Army Navy Building at 1627 I St. NW, Rosslyn's 1600 Wilson Blvd. and Old Town Alexandria's Courthouse Square and 515 King St. 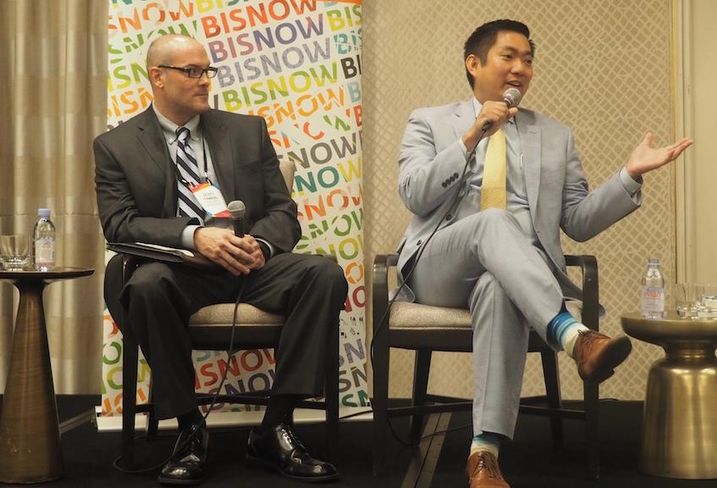 "Anything that reduces the friction in doing a deal is helpful," Chang said. "Truss as a technology takes some of that friction away from the adviser-tenant relationship. It's like the difference between, back in the day before there were dating apps, people had to go to the bar, now that you have technology you can filter thousands of options and get down to the four or five you want to focus on."

Chang said WashREIT has used other digital leasing tools such as LiquidSpace, which helps landlords fill flex office space. He said the growing use of technology in commercial real estate leasing benefits the industry and he aims to stay on the cutting edge.

"If you look at the traditional office market, it's a broker representing a tenant and calling the landlord, so there's nothing digital about the situation, other than CoStar," Chang said. "Truss is part of the evolution of this space, and I think WashREIT has a portfolio that is well-suited to leverage these types of digital platforms and be an early adopter." 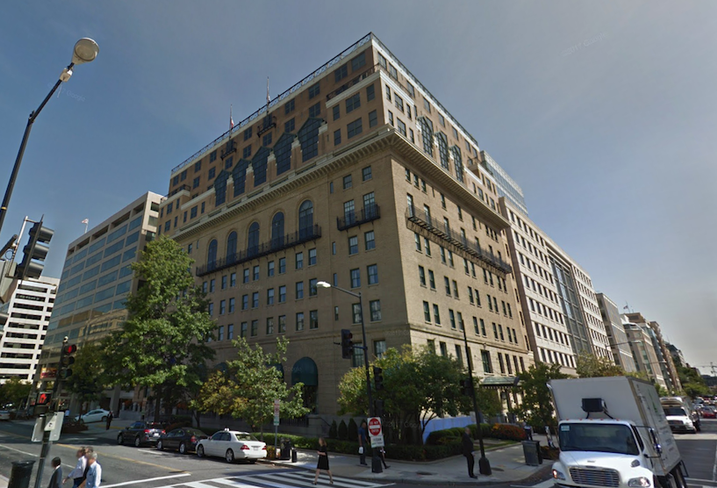 Google Maps
The Army Navy Building at 1627 I St. NW, a property WashREIT has put on the Truss platform

Companies using Truss are guided through the process by an artificial intelligence bot the company named Vera. The bot asks users what areas they prefer, how many employees they have, the type of layout they desire, how much they are looking to spend on office space, what date they are looking to move and how long a lease term they are seeking.

It then uses an algorithm to present a list of options with percentages showing how closely it meets their criteria. The results include the estimated monthly rent for each property, and many of the listings feature 3D virtual tours, which Truss goes out and shoots itself.

The listings also include co-working space and spec suites, spaces that landlords build out before leasing them to help attract tenants ready to move quickly. Smith said traditional leases typically have lower monthly rents than co-working spaces, but many startup companies do not realize that without having a tool to compare them. He said this helps landlords aiming to compete with co-working spaces for smaller tenants.

"Landlords aren't sitting idly by watching the co-working companies of the world figuring it out," Smith said. "They're starting to do it themselves, in their buildings, and not having a middleman making money off their building when they could do this very easily."

WashREIT, like many D.C. landlords, has a series of spec suites available, and Chang said it is always looking for new ways to market them.

"Part of the benefit of using digital platforms is we have this inventory of spec suites and other spaces ready to move in," Chang said. "Whatever we can do to shorten the down time where that space is sitting empty is helpful."

CORRECTION, FEB. 6, 4:10 P.M. ET: A previous version of the story gave an incorrect name for Truss co-founder Tom Smith. The story has been updated.