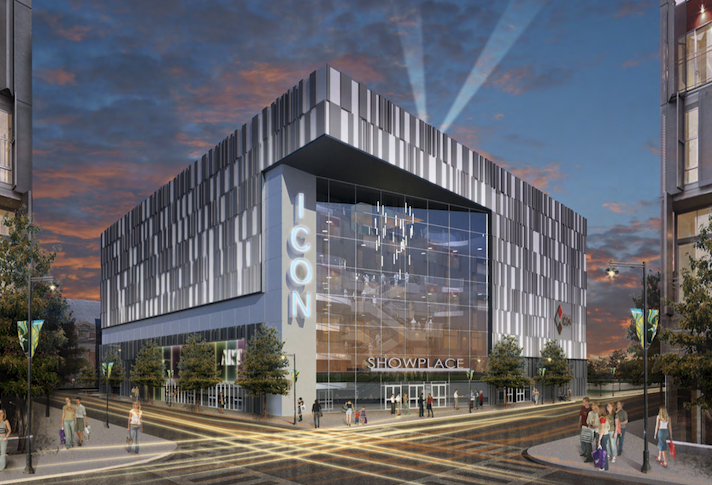 Continued delays for a movie theater at The Yards have forced Showplace Icon to exit the deal.

The Yards development team, in an application for an extension filed Friday, said delays tied to D.C. Water's nearby headquarters project caused its deal with Showplace Icon to expire. A spokesperson for Brookfield, which acquired Forest City last year, confirmed to Bisnow that Showplace is out of the deal.

“While we were unable to align our timing with that of Showplace Icon, our plans to bring a theater to The Yards' next phase remain in place," Brookfield spokesperson Andrew Brent wrote in an email. "We are excited to build upon the success of The Yards as we continue to bring new neighborhood and cultural attractions to the waterfront."

The developer's application, first reported by UrbanTurf, seeks another two-year extension for the project, which was approved in 2014 and has already received two extensions. The application said the developer expects to return within the next two years with modified plans, which could include shrinking the movie theater to reflect market conditions.

The movie theater planned for The Yards would be on the corner of First Street and N Place SE. It is part of a planned, four-block section that would consist of 600 residential units, an expanded park and up to 50K SF of retail in addition to the theater. The project has been delayed because the lot has been used as a staging area for construction of the D.C. Water headquarters directly to the south along the waterfront.

The Yards already includes five residential buildings, several popular restaurants and a 5.4-acre park. The 48-acre project is ultimately slated to include 1.8M SF of office space, 3,400 residential units and 400K SF of retail, plus the 225-room Thompson Hotel. The development team late last year reached a deal with Chemonics to anchor the office component of the project's next phase.