After losing its anchor tenant and launching a $15M renovation, the office building at 1201 Pennsylvania Ave. NW is nearing full occupancy. 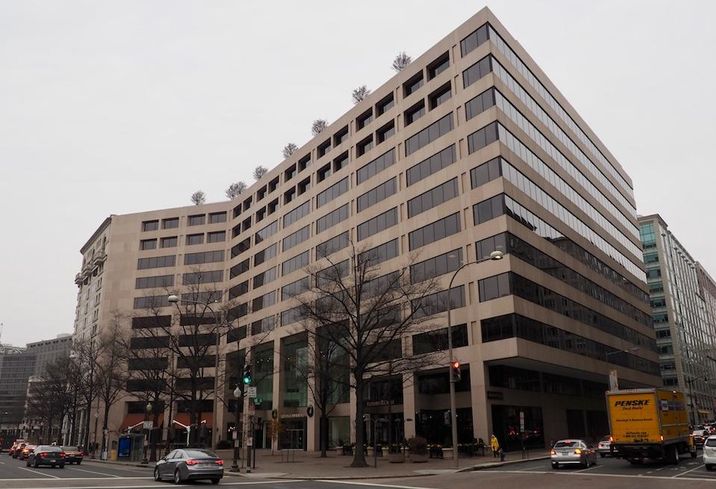 The National Endowment for Democracy signed an 82K SF lease on the 10th and 11th floors of the building, owned by New York-based Sentinel Real Estate, Bisnow has learned.

The deal represents an expansion for the nonprofit, which currently occupies a 65K SF space at 1025 F St. NW. It plans to move in April.

JLL's Doug Mueller, Evan Behr and Mac Hall represented the landlord. Savills' Ben Plaisted and Greg Scheipers represented NED. Mueller said the nonprofit was drawn to the building because of its location and the quality of the space.

"To stay within the East End, but to get that Pennsylvania Avenue address, I think was important," Mueller said. "The driver for them was we had the upper floors, and for their plan it laid out really well. It allowed them to get the space they were looking for."

Mueller said the parties had reached an agreement prior to the coronavirus creating an economic crisis in March, and the closing was then delayed slightly. He said NED is backed by federal government funding, giving it more resilience through the economic downturn.

"It did cause some delays," he said of the pandemic. "Their concern was, will they be able to build out on time? But aside from that concern, it wasn't much of a delay. Relative to some other deals, I'd describe it as a hiccup, not a dramatic halt."

The deal comes after previous anchor tenant Covington & Burling vacated the building in 2014 to move to CityCenterDC. The landlord then repositioned the property, adding a 5K SF fitness center, a 200-seat conference center, a new HVAC system, and upgrading the building's lobby and rooftop terrace. The lobby features a 13-story atrium, and the rooftop offers views of the U.S. Capitol and Washington Monument. 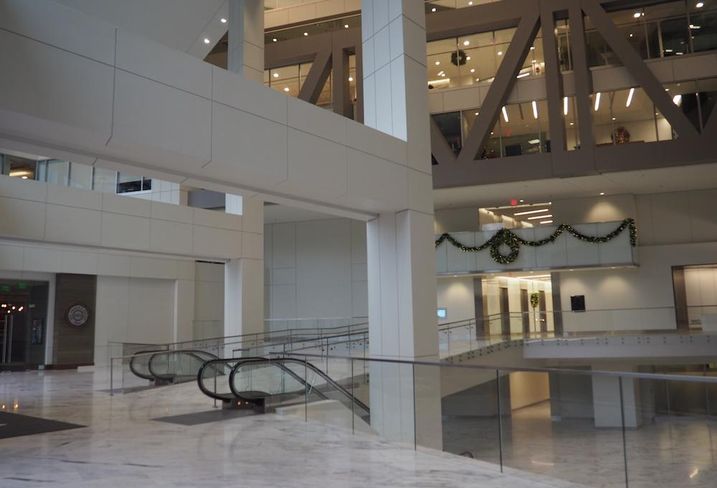 Three tenants signed onto the building in 2017, bringing it to about 50% leased. The deals included a 38K SF lease with FiscalNote, and leases with Williams & Jensen and Financial Services Institute for a combined 35K SF. Mueller said in 2017, when Bisnow toured the building, that he was confident his team would fill the building, but that the market would dictate the timing, given that many of the larger prospective tenants had expirations further down the road.

In January, the team signed a 21K SF deal with the National Electrical Contractors Association for the 12th floor, Mueller said. The latest deal brings the building to around 90% leased. Its remaining vacancies include portions of the eighth, ninth and 13th floors.

Mueller said the renovation was critical in filling the building, and the new HVAC system was attractive to NED because of pandemic-related concerns over air quality.

"The owner did a great job in overhauling the entire building, down to the HVAC system, as well as the amenities," Mueller said. "The all-new HVAC really helped tip that one over the edge."

The NED lease comes as the D.C. office market is thawing from the freeze created by the coronavirus. Tishman Speyer announced Saturday it signed law firm Wiley Rein for 166K SF at 2050 M St. NW.

Mueller said market activity shut down the week of March 13, and roughly 75% of ongoing lease deals were put on hold. The NED deal was among the 25% that has been able to move forward, Mueller said. Much of April and May were spent trying to make progress on deals that had been delayed, he said, but now Mueller is starting to see activity heat up for new office leases.

He added that he expects a series of major office leases to close in the second half of the year.

"Compared to previous years, it will be less, but I think enough groups need to move forward with their D.C. offices that there will be big ones that close," Mueller said. "Law firms, associations and tech deals could really pop within the next six months."