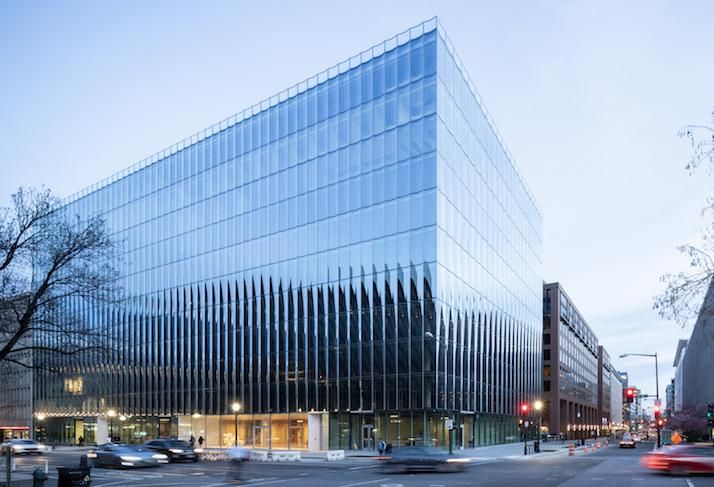 Tishman Speyer has lured a second law firm to move into its new office building at 2050 M St. NW.

The developer announced Saturday it signed a 166K SF lease with Wiley Rein LLP for floors three through seven in the building. The firm plans to move from its current headquarters at 1776 K St. NW.

The deal, first reported by the Washington Business Journal, brings the 340K SF office building to 81% leased. Tishman Speyer in January 2017 signed law firm Paul Hastings to fill the top three floors of the building with a 97K SF lease.

The 11-story development was built on the site of the CBS News Washington bureau, and Tishman also built new facilities for the network with a separate entrance from the office building. It was designed by New York-based architecture firm Rex.

The property sits about four blocks from the Dupont Circle Metro station. It is one of a series of office redevelopments near the intersection of 21st and M streets, including Brookfield's 2016 overhaul of 2001 M St. NW and Network Realty Partners' planned redevelopment of 2100 M St. NW.

"The addition of Wiley, a world-class law firm, to our Washington, D.C. portfolio is great news, especially considering the recent business challenges created by the pandemic," Tishman Speyer CEO Rob Speyer said in a release. "We have a very positive long-term view of the D.C. office market and we are optimistic that this transaction will signal the return of robust activity again."