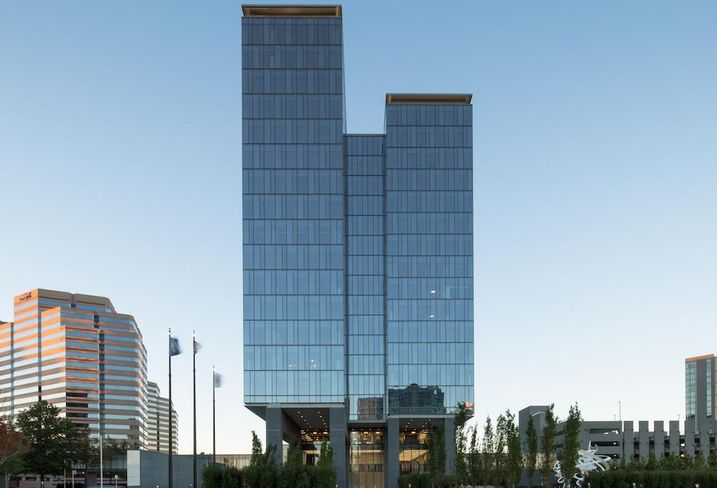 The financing was provided by TH Real Estate, the real estate investment arm of TIAA, and brokered by Phillips Realty Capital.

“This transaction is unique in that we were able to lock in a long-term interest rate before building occupancy was stabilized,” Phillips Realty Capital principal John R. Sieber Jr. said in a release. “Insurance companies have been exceedingly careful to minimize risk in the suburban office sector, so this structuring was only possible given the superior quality of both the sponsor and its asset.”

Lerner developed the 17-story, 476K SF office building near the Tysons Corner Metro station in Tysons. In July 2015, Lerner signed EY to lease a 125K SF office in the building. Last February it got Computer Sciences Corp., which has since merged to create DXC Technology, to move its HQ to a 62K SF space in the building. In September, it signed WeWork to a 93K SF lease, the co-working provider's first Fairfax County location.

On the ground floor, the building features upscale Brazilian steakhouse Fogo de Chão, which opened in January, and The Atrium Cafe.