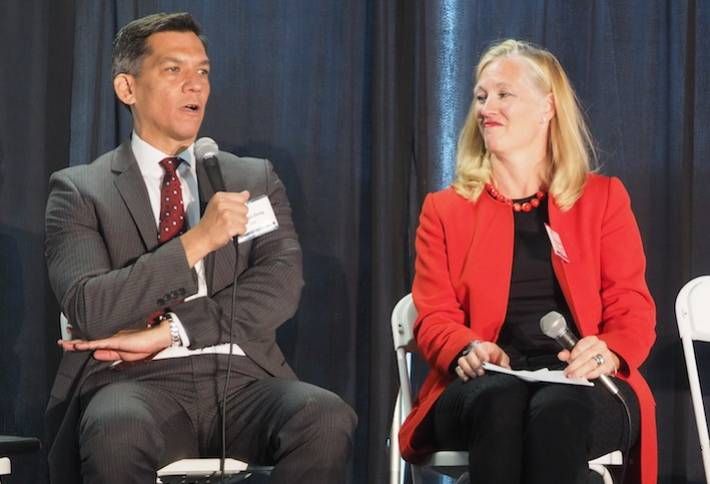 The GSA wants to capitalize on the soft leasing market in DC, but Public Building Service commissioner Norman Dong says individual agencies’ reluctance to move has contributed to the much-publicized federal leasing backlog. “We still have this dependency on stay-in-place strategies,” he told our DC State of Office attendees yesterday, during the keynote interview with Lincoln Property Group's Elaine Clancy. “That doesn’t allow us to capitalize on the market.” In 2013, President Barack Obama’s administration mandated the GSA freeze its office footprint. Earlier this year, it mandated the GSA reduce it. Norm says the GSA has reduced 1M SF across its portfolio and has saved $60M in leases. But the work is far from over. The GSA has mandated that agencies with leases ending must start planning for future space needs three years before expiration. “At headquarters, that means taking a much more hands-on role.” Considering 32M SF of leases in the DC region are set to expire over the next five years, Norm is a busy man. 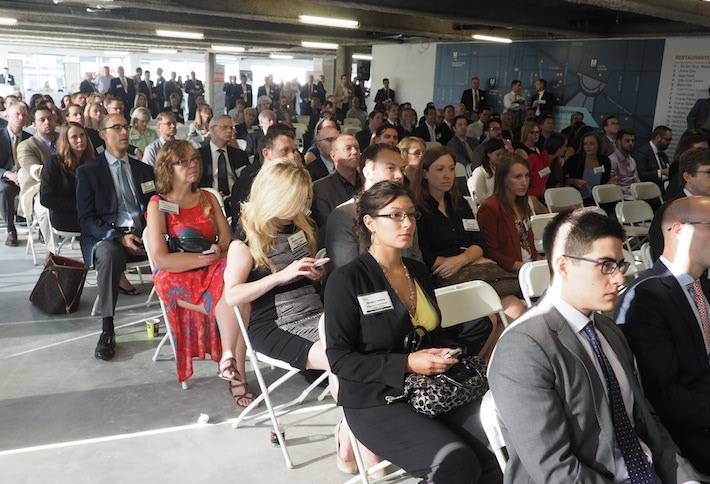 That’s why more than 500 people bought tickets to yesterday’s event. The GSA is still the dominant presence in DC real estate, occupying more than a quarter of the region's offices. TSA is bringing employees from four different offices under one roof in Alexandria in 2017, but that blueprint won’t work for everyone. “It’s about striking the balance,” Norm says. “There’s a benefit of agency co-location, but we need to make sure our requirements aren’t so specialized that we’re restraining competition.” Put another way: There aren’t enough 600k SF chunks of space to get the best deal for every agency, which is ultimately the goal. One of the GSA’s tools is a land-for-construction swap, which it will execute when it decides where the FBI ends up. The GSA’s goal is to move as many agencies from leased to owned land, but Norm told Bisnow after he spoke the priority is to maximize the land it already owns, not necessarily buy new land. 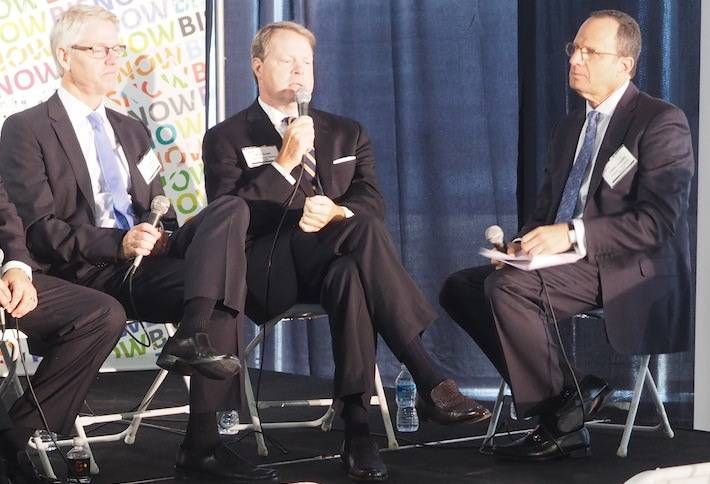 And while the GSA has become more active, so has the rest of the office market. We touched on that growth in the first half of 2015 yesterday, and that growth—and the ruthless competition for new tenants—has led developers, landlords and architects to find new ways to make their buildings stand out. Gensler managing director Jeff Barber (left) says his firm is working on “hackable buildings,” trying to break the paradigm of what to do with “the biggest, toughest buildings” to make them trophies again. “How can you break these buildings up?” he asked. “It has to be a programmable change, like a soccer field or a Target on the roof, or a courtyard in the middle, or a residential wing.” First Potomac Realty Trust EVP Nick Smith, next to moderator Judah Lifschitz of Lifschitz, Shapiro and Schram, says repositionings—hackable or not—are the key to his company’s growth strategy. “Spec frightens us,” he says. 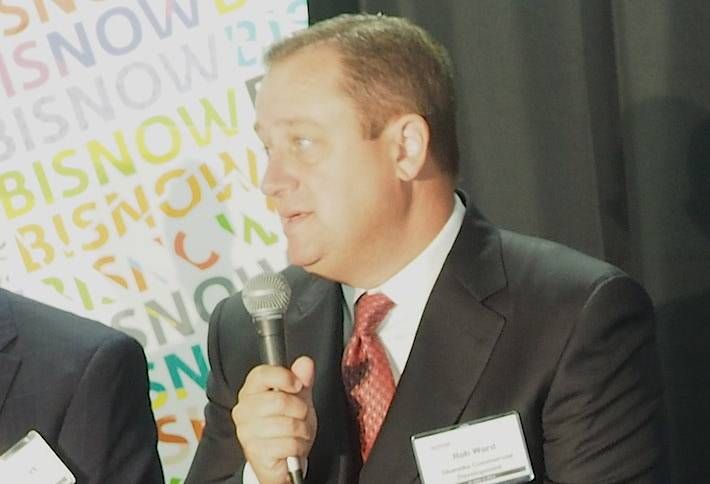 The most notorious spec office building in DC, 1812 N Moore in Rosslyn, lost out on The Advisory Board’s HQ search this morning. It’s been empty since it opened in 2013. It doesn’t frighten Skanska’s DC lead Rob Ward, who’s developing 99M in the Capitol Riverfront with no one signed. “Everything we’re doing is new,” he says. “We’ve had good activity at 99M.” 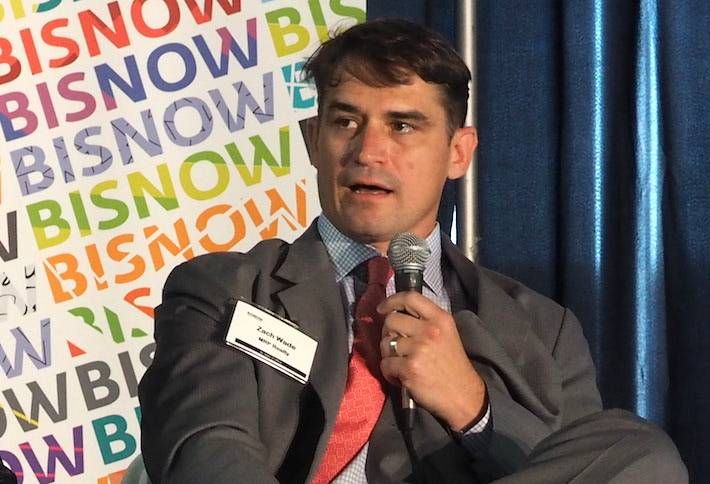 MRP Realty has seen good activity all over the city, with the recently opened 900 G St NW, the sale of Bethesda Crossing and planned developments in every emerging submarket. MRP’s Zach Wade also led the company’s investment in UberOffices, and as they’ve looked for space around the country, it’s helped him as a developer. “When you tour spaces as a tenant, it gives you a new perspective,” he says. He’s banned ice cream socials at his buildings, instead electing to host “massive happy hours” with thousands of dollars in beer and wine, to ensure tenants don’t just take a scoop and go back to their desks. “That doesn’t build community,” he says. “It’s a lot harder for a tenant to leave a community than it is to leave a building.”