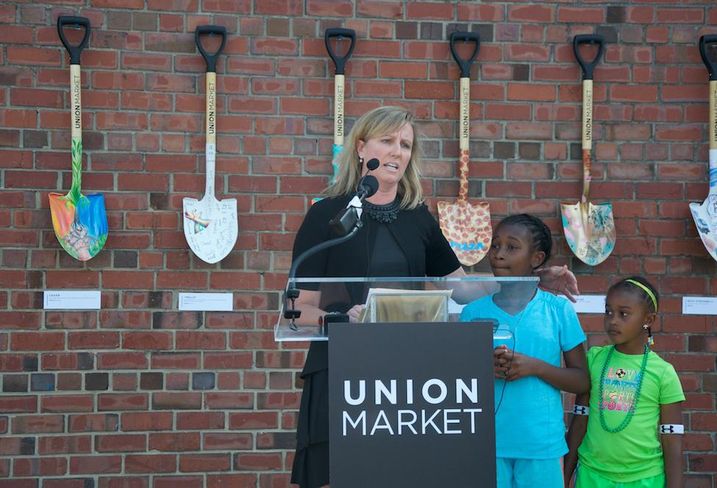 The developer behind the burgeoning Union Market retail district is moving its headquarters to the neighborhood.

Edens plans to move its nearly 100 D.C.-area employees in May from Bethesda to a new 12K SF office near Union Market, the company announced.

The new office, first reported by the Washington Business Journal, will be on the second floor of a former warehouse building at 1270 Fourth St. NE, one block west of Union Market. Edens says it will blend its space with the upcoming Politics and Prose bookstore and The Village Cafe on the ground floor in what it calls an office-retail hybrid design.

Edens has 250 employees across eight offices in D.C., Boston, Dallas, Columbia, South Carolina, Atlanta, Miami, Charlotte and Denver. It officially refers to the D.C. office as a regional headquarters and lists no corporate headquarters on its website, but Edens CEO Jodie McLean told Bisnow in 2016 it shifted its home base from Columbia to Bethesda when she moved to the D.C. area.

The office will sit next to the Trader Joe's that opened last month on the corner of Fourth Street NE and Florida Avenue. Edens owns that space, which sits in the ground floor of LCOR's The Edison apartment building.

On the other side will be the 20K SF Latin marketplace Edens brought in for the ground floor of a 432-unit multifamily building Level 2 and Trammell Crow Residential are constructing. The chef behind the marketplace, Jose Garces, is tangled up in lawsuits from partners who say he has not repaid them for investments as many of his restaurants around the country have closed.

Edens is partnering with UDR on a nearby, 299-unit project with 24K SF of retail at 500 Penn St. NE, and the development team just unveiled new renderings this week. Edens also has a project in the works with Great Gulf at 1300 Fourth St. NE, and the partnership eventually plans to build offices above the Union Market food hall.