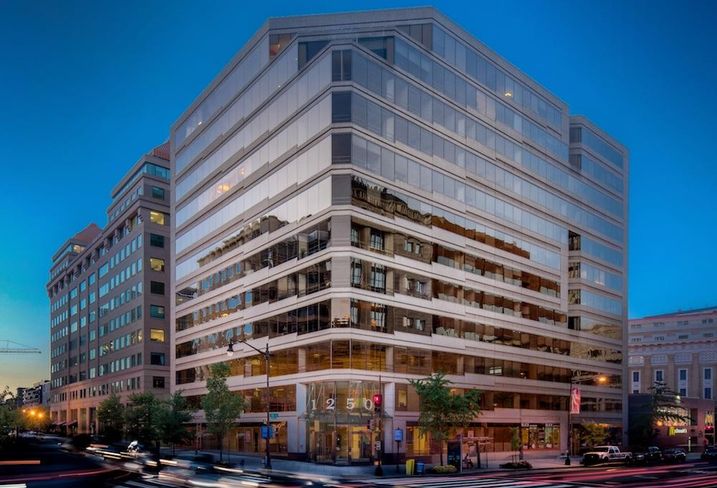 The sale of the 178K SF building penciled out to roughly $562/SF. Newmark Knight Frank's James Cassidy and Jud Ryan represented the seller, while NKF's Joe Donato arranged financing for the buyer.

The property, built in 1982, was last sold in 2006 for $74M to RREEF, which launched a renovation in 2007. The building is 70% leased to 16 tenants, including eBay, PayPal, HKS Architects and the American Hotel & Lodging Association. Its retail space includes Blick Art Materials and multiple vacant storefronts. 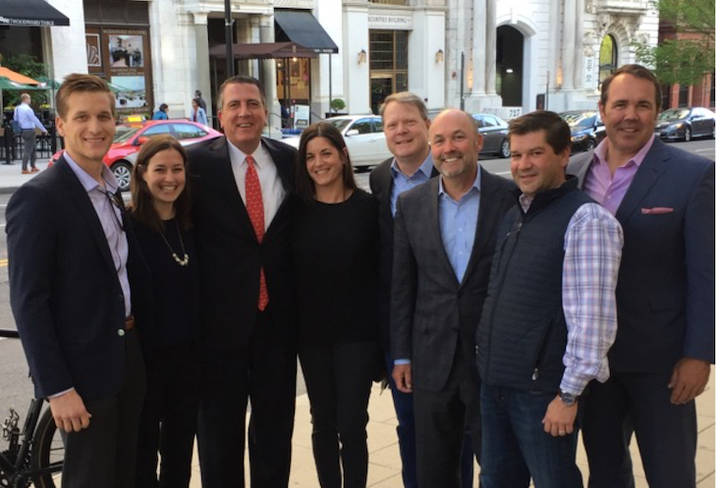 The 12-story building sits just south of Franklin Square, about one block from the McPherson Square Metro station. It is two blocks away from CityCenterDC, where the Conrad Hotel will deliver next year, and it shares a block with 1201 New York Ave. NW, another office building undergoing a major renovation, courtesy of Pembroke Real Estate.

Donatelli, First Potomac's former CEO, and Smith, the REIT's former chief investment officer, launched DSC Partners in July. They then hired another First Potomac veteran, Patrick Kelly, in November. The firm's first acquisition was a 232K SF Rockville office building, which it bought from The JBG Cos. for $19.5M.